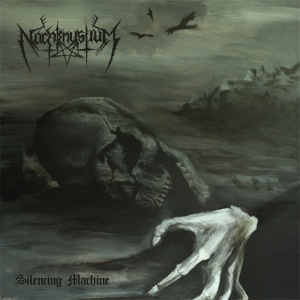 Chicago-based extreme metal act Nachtmystium have added yet another piece to their diverse catalog. Their 2-part “Black Meddle” concept album has been followed by the recent release of their sixth studio album “Silencing Machine”, on Century Media Records. This one carries an almost completely different vibe as compared to the Black Meddle series, and even though the music on here would please the black metal fans more than anything else. I recently caught up with frontman Blake Judd to talk about the album. Read the conversation below, check out the song “I Wait In Hell” off of the album, using the YouTube player embedded near the bottom of this page, and visit the Nachtmystium facebook page for more info.

Before “Silencing Machine”, you did the Black Meddle series. How does it feel to be done with that chapter and start a new one with this album?

It feels good, man. It’s a nice change to kind of get back to what we do. I’m really, really satisfied with the direction we’ve chosen to go into with this new record. It was really fun to make and we’re just happy to be doing something a little different now. 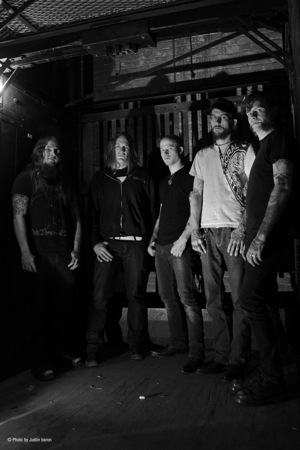 This is pretty much a fresh start for you. Do you think that led to a more organic sound on this album?

Yeah, absolutely. We’ve had the same lineup that we recorded with for about three years, pretty much since we finished the recording for “Addicts”. It’s pretty easy to write with these guys. So, ‘organic’ would be a good word to describe this album because it came naturally and it’s what we do best. It was just a fun and really easy record to put together with these guys.

You’ve said that this album is not a return to your roots, because you never left the roots. Why do you think people say you drifted away?

I just think it’s a moronic opinion of some narrow-minded person who obviously can’t hear that we clearly stayed true to our sound, to a degree, at the core of the songs on the other albums. I think what made them really different was the stuff we did to these songs after their foundations were recorded. So you know, if you strip all the synthesizers, lead guitars, special effects and things like that off the last couple of records, at their foundation they are still very much black metal albums, you know. So, I don’t spend time thinking about what somebody on the internet or whatever thinks about what we’re doing, if it’s good or bad. It’s not really for them to decide, and if I was worried about making music for other people, this band wouldn’t sound like how it does.

Production-wise, have you done anything differently on this album to fit with the more harsh black metal sound?

Not intentionally. We just tried to correct the mistakes we’d made previously in the last two records that I don’t like, involving the production, particularly the drum sound. I was never really happy with the drums on Assassins, or Addicts for that matter. Not the performance, but the way they sounded in the mix and so forth. There’s just a way to do it that I think is better for what we do. So I worked very closely with Sanford Parker, our engineer, to make sure that we get the right kind of drum sound that we wanted. It’s still a very slick, clean recording but it has a little bit of that dirtiness to it. 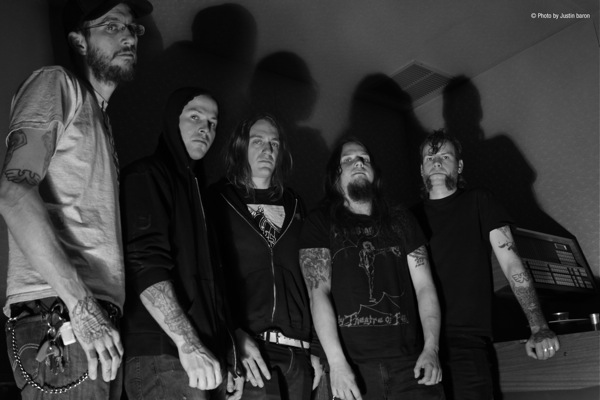 Would you say that it’s more of a band effort in terms of songwriting, or is it just your own vision?

Oh, it’s totally a group effort this time. We worked really hard for many months, trying to prepare for this thing. Primarily the two guitarists Drew and myself, and our drummer Charlie, the three of us worked very, very closely together for a month or two, leading up to the recording. So the three of us basically wrote the bulk of the record. Sanford also contributed to one or two songs that wound up on there as well, that we worked out in the studio, but the majority was the three of us writing in the rehearsal room. So it was definitely a group effort this time, whereas in the past, most of the records were primarily written by me. But it’s been more and more of a group effort of every record for the last few years.

After the Black Meddle series was done and once you were finished touring for that album cycle, did you completely take time off to write this album, or was it also written while you were on tour?

I never really get a chance to write on tour. I can work on lyrics and things like that sometimes, but I don’t find myself with a lot of time to be playing my guitar. And honestly, when you have free time on tour, the last thing you’d want to be doing is play your instrument since you’re doing that every night (laughs). So the writing happens at home primarily. 2011 saw us take more time off during the year than we have in many, many years. We only did one tour last year, and that was with Cradle Of Filth in the United States. We did seven weeks, which is a long tour. We certainly went to every city at least once. Then we did some festivals, we did Party San Open Air in Germany, and we played a show in Chicago with Danzig Legacy which was really neat. So we managed to keep somewhat busy but the focus of the year was to write the record which is why we wanted out of major tours for the second half of last year. 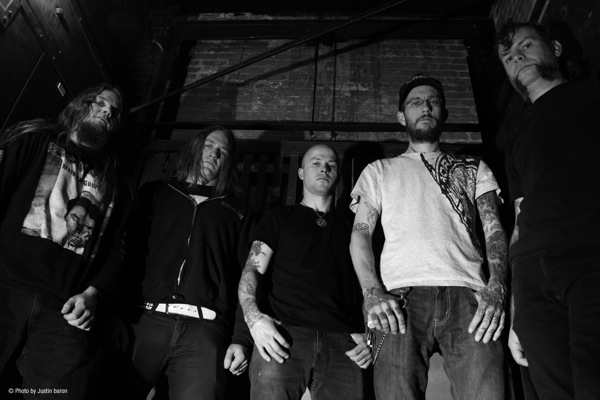 Right, and I also think that because you didn’t tour much last year, people would now be looking forward to seeing you live. Do you think that also helps, the fact that you didn’t get caught up in continuous touring like so many other bands do?

Oh totally, man. I’m very strategic with how we tour, with whom we tour and when we tour. We try to plan it out to make sense, either shortly after we have a new record out. If a record hasn’t come out, it doesn’t make sense time-wise. If you see us out on tour not immediately supporting a new record, then you’ll have to take a look at the lineup because that means we’re out touring with bands we feel we should be on the road with. For example, if Voivod asked us to go out again and if it’s not during a tour cycle, we would take the tour, just because it’s an opportunity to play to fans of a bigger band that we feel is similar to us in certain ways. So, we’re just really careful about touring and everything we do is kind of strategically planned to have certain results. So far I think we’ve done a pretty good job of getting ourselves out there and making ourselves seen and known.

But in general, the amount of touring is a lot these days, because there are almost no album sales, so you have to keep touring to present your music to people. So do you think playing the same music every night actually motivates you to write new material on a more regular basis?

No, I wouldn’t say touring does that for me. I get motivated to write when I get motivated to write. It’s not forced, and I don’t have a schedule. It just kind of happens. The schedule that I’m on is not really a schedule, it’s more a kind of cycle that occurs. It tends to work out by itself and I’m ready and hungry to start writing a new record about every two years. So that’s the schedule that we’ve been on since about 2004, and I assume that will stay working like that. I don’t like to force things, you know. If there was a 5-year window where I just never felt inspired to write a record, whether the label wants it or not, I’m not going to turn in a piece of garbage. I have to stand behind anything that we do that has the band’s logo put on it.

Finally, what plans do you have for the rest of the year?

As of right now, there are no solid tour plans but there will definitely be a US and Canadian tour before the end of the year. We’re just waiting for the right offer and the right group of bands to come together for it to work.