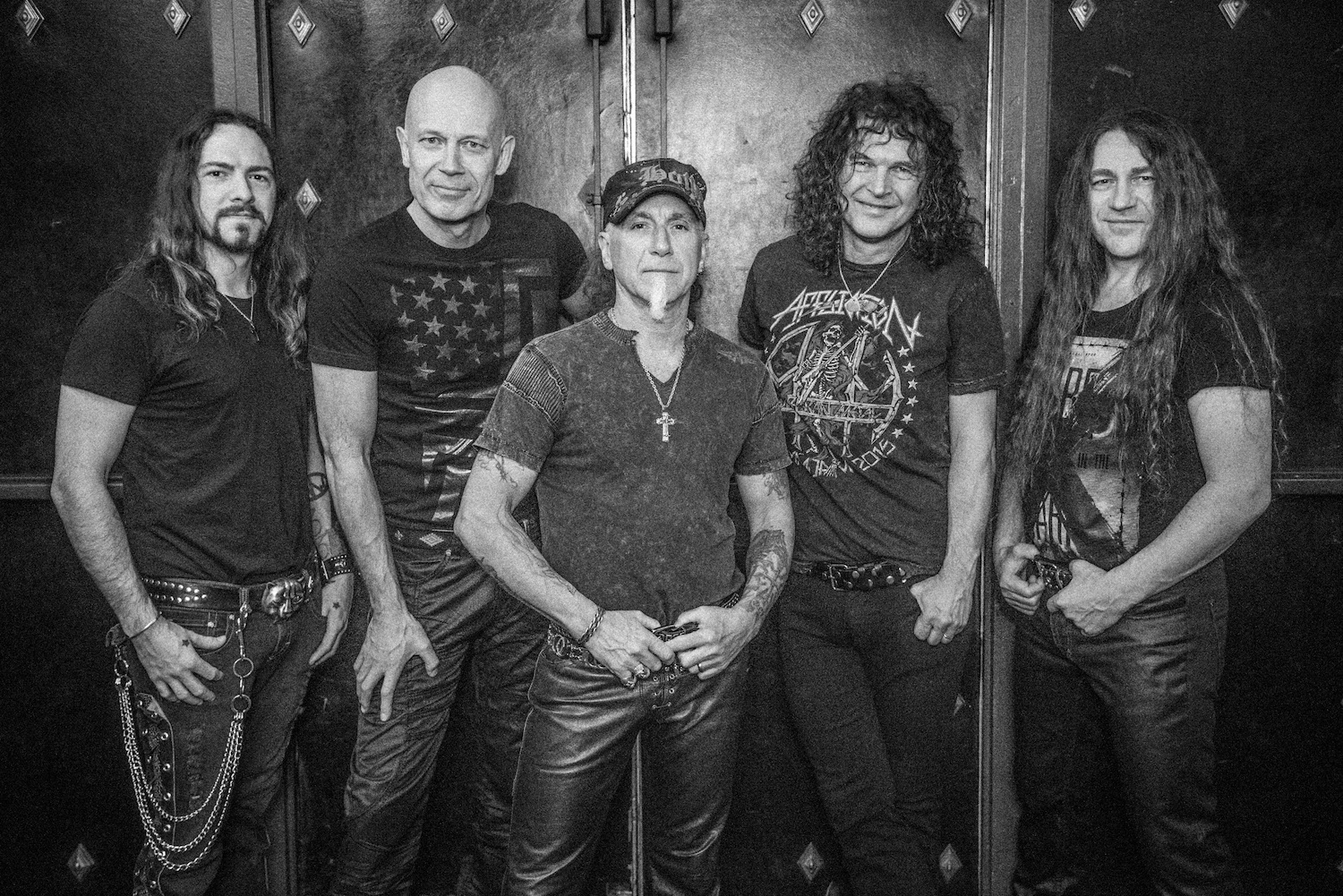 German group Accept have been nothing less than an institution in heavy metal over the past four decades, and a new incarnation of the band, fronted by vocalist Mark Tornillo, set out in 2010 to maintain and enrich the band’s legacy, creating fresh new music but with the same old classic Accept flavor fans love so much, and putting forth splendid live performances of old and new material worldwide. In 2015, they went through further lineup changes as they welcomed Uwe Lulis (guitar) and Christopher Williams (drums) into the fold. This lineup’s first show in Europe happened to be the ‘Bang Your Head!’ festival in their home country the same year, filmed for a potential DVD, and subsequent shows in Europe recorded for a possible live album. The outcome of this is the ‘Restless and Live’ DVD+CD package, ready for release via Nuclear Blast on January 13th 2017. Guitarist and founding member Wolf Hoffmann recently spoke to Metal Assault about this release and more. Enjoy the conversation below.

Wolf, it’s always good to have you on Metal Assault, and to talk to you about whatever you’re involved in. This interview is about Accept’s ‘Restless and Live’ album which is coming out on January 13th. From what I’ve read, this is not something you really planned, and it’s not like you went into that show in 2015 with the aim of recording this video. So, how did it come about? Was it a mere coincidence?

Well, it wasn’t totally by surprise but at the same time, we didn’t go on stage thinking this has to be a DVD. Absolutely not, because that sometimes can add pressure to everybody. We really wanted to perform a regular show and just film it, and then see how it turns out. That’s what we did. We had played there before and we knew that they do a good job at filming the shows, and we knew the editor, and chances were that it would turn into something great. So, we took some extra steps, got some more cameras and really made sure it looks the part if it turns out well. Then after we show the footage, we thought it turned out great! This might be the perfect time to release a live DVD because A: fans have been asking for a long, long time, and B: ‘Blind Rage’ is already two years old and it’s going to be yet another year before the next album comes out, so this would be a good tie-over for the fans, you know.

Exactly. I was going to get to that. I think there was a time in the past where bands would release something between studio albums, whether it be a live album or a new EP, and not just a reissue of an old album. You’re doing that with ‘Restless and Live’, and that’s great because as you just said, it will hold fans over until the next studio album.

Correct, correct. And it gave us a chance to really do it properly because we spent a good amount of time to go through the footage, making sure it’s good, and also a good chunk of time went into listening to all these live performances for the audio CDs. We had recorded dozens of shows throughout our following tour across Europe, and we knew that for the audio CDs we wanted to use different performances and different songs altogether from the DVD. A lot of times what gets done is you just use the audio material from the live DVD, which to me in essence is like putting on the DVD and turning off the picture. It’s the same exact performance. But we said, since we’ve got the opportunity to offer live CDs with the DVD as a package deal to the fans, we might as well go through the trouble of finding other performances that are also quite good, just to show a different side of what Accept sounds like in a different city, on a different night, and different songs. We put 27 songs on these audio CDs, I believe.

Right, I actually listened to the promo for the audio CDs before I got a chance to watch the DVD promo, and at first I thought you guys played 27 songs in one concert!

Oh believe me, we would if we could! But obviously a festival has a tighter schedule, so we got to play 90 minutes and that’s it.

Doing festivals like that, it’s got to be easier to do something like this DVD because they’re already filming your performance regardless, whether you take it for yourself or not.

Exactly, so it’s quite easy to say, alright, you film it and then we’ll see and decide after. It’s not a huge commitment up front, which is great.

This recording probably captures the real Accept live experience because as you said there was no additional pressure of playing a concert for a DVD.

Yeah, I guess everybody is afraid that you have a tour, everything is going great, and then it comes to the DVD night, everyone is super nervous and it turns out to be a so-so show. Bands are usually afraid of that, so the more low-key something like that can happen, the better it is, normally. But in our case, it wasn’t so low-key because it was the very first show of the tour with new members in the band, so it was a little bit nerve-racking for everybody, I think. It was the first show in Europe with new guys, new set list, and we were going to film it. But it turned out to be great and I wasn’t really all that nervous to be honest, but I’m sure some of the guys were.

This is the first Accept interview I’m doing with you since you had that lineup change. When the two ex-members parted ways with you, I knew it wasn’t going to stop the band, because nothing will. But how has it been going with this new lineup?

It’s going really, really good, man. I think we have some excellent players on board and we actually managed to improve quite a bit with them. Two great guys, and every time you get new members, it also brings fresh energy in a way. So it’s been going very well and we’re very pleased. We have good camaraderie in the band, good vibe right now, and they actually don’t feel like new guys at all, specially Uwe (Lulis, guitar) whom we knew for a few years before he joined.

I think it’s also fitting that this DVD-CD package captures the new lineup as opposed to a lineup that is not even representing the band anymore.

Absolutely. That’s another reason we wanted to do it now, because we wanted to showcase the new guys, and wanted to say, this is what Accept sounds and looks like nowadays.

So, if the show was recorded before the lineup change, you probably wouldn’t have released it, right?

No. It doesn’t make much sense to release something with an old lineup, does it?

Right. I’ve seen Accept a few times since the reformation with Mark Tornillo, and all the reviews, including mine, of course, have been unanimously saying that this new Accept is a great live band. Finally you’re able to showcase that with a recording, to people who might not have seen the band. That’s the best part of this release.

Yeah, and I’m actually really surprised by the early feedback, specially from the US, where people are really loving this DVD. People in the US have never really seen Accept on a large stage like that and in front of such a large crowd because a lot of times when we played in the US in the past, it was in smaller venues, and never on a festival stage. So, people are pretty excited about seeing Accept like that.

Yes, but on the other hand, as you said, over here in LA or anywhere in the US, these days you’re playing large clubs or mid-size theaters. It must be fun for you to do that kind of a show as opposed to a big festival.

Yeah, somebody asked me earlier, whether I like one over the other, and the answer is, they are two different animals, really. Playing to a festival crowd is fun as hell, but at the same time it’s not very personal because everybody is so far away on these huge stages and you’re basically playing to a sea of people that you can’t really identify with. Whereas when you’re in a club, people are right in front of you, you can see faces, you can recognize people you’ve seen before. So, it’s totally different. 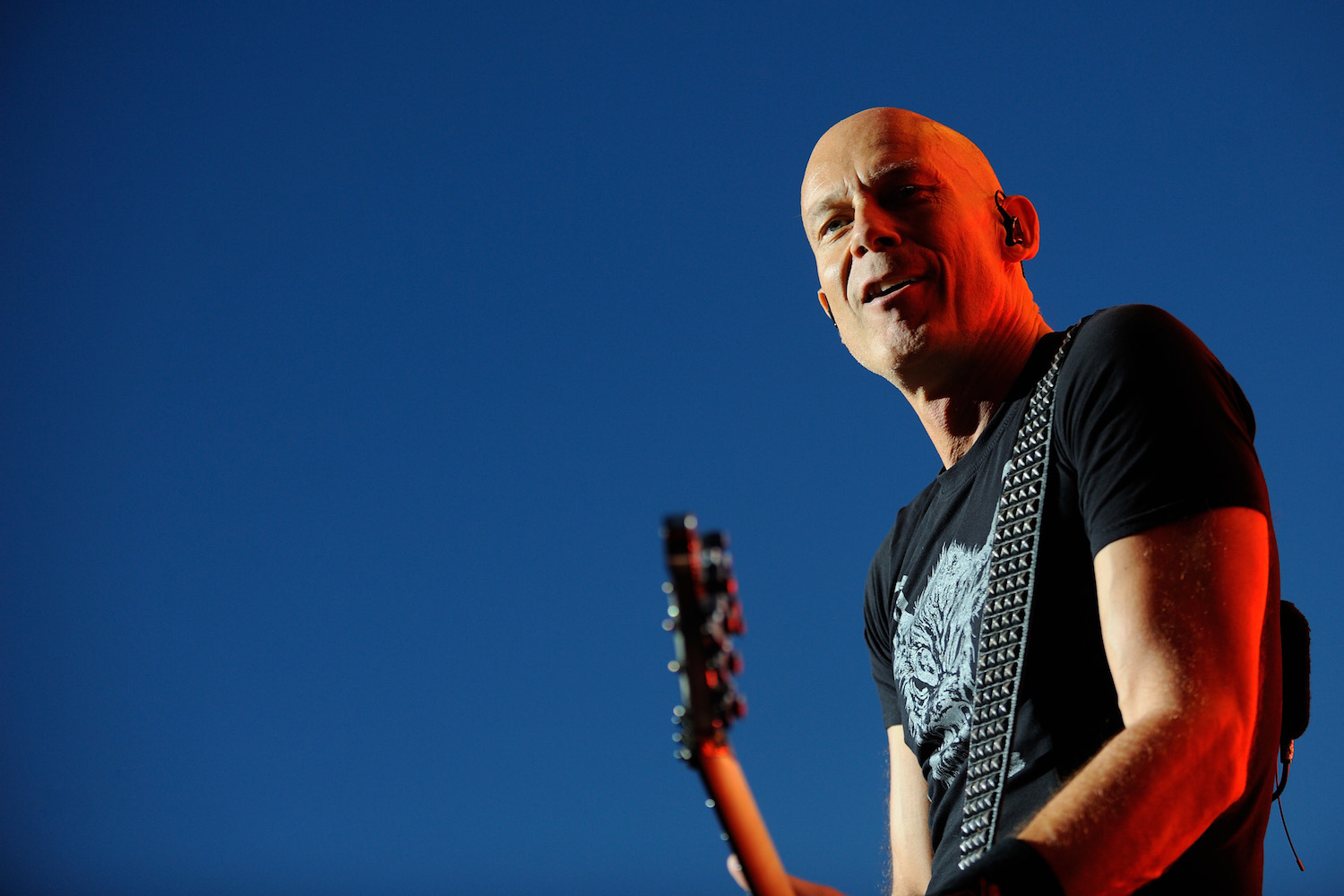 And that always amazes me, when we’re up there on stage and we see everybody holding up their iPhones. It’s weird, and seems like nobody is really watching the show with their eyes anymore. They’re just looking through their iPhones. We’re thinking, wow, we come all this way, you pay the ticket prices, and then you come and just stare at your iPhone. But, I guess it’s what people do!

That’s just how it is, but the question I was getting to was, in this world do you still think there’s a market for professional DVD releases like the one you’re putting out now?

I hope so! I won’t really know until we see what happens with this one. It seems to me that fans still want to own product. It’s really not the same as your cellphone recording, specially with the high quality cameras we are using, the editing that goes into it, and all that stuff adds production value which you can’t get on an iPhone or on a bootleg on YouTube or something. So, I’m hoping there’s still a market value for this kind of stuff, and we have a lot of fans that have been collecting everything we’ve published over the years, so I’m sure there’s a good amount of people who want to have this just to add it to their collection.

After this DVD release, what’s next for the band?

We are actually in the middle of recording new tracks for an upcoming studio album, release date sometime mid-year, and after that we’ll go on tour to support the new album. Recording is going well, Andy Sneap is the producer again, fourth time in a row with him and what we have so far sounds killer! We’re not all the way finished yet, but it sounds really cool, man. Very promising.

That’s awesome to hear. We’ll be waiting for that one, but in the meanwhile, ‘Restless and Live’ will keep people entertained, I’m sure.

Exactly! Check it out, guys. It’s pretty cool. And spread the word!