One of the finest voices in the stoner/desert rock realm for nearly three decades, John Garcia is known for his singing contributions to bands such as Kyuss, Vista Chino, Slo-Burn, Unida and Hermano, but he also launched a solo career with his eponymous debut in 2014. He is back with his second solo effort, but this time a fully acoustic one, ‘The Coyote Who Spoke in Tongues’, set for release on January 27th 2017 via Napalm Records. Aside from Garcia’s immaculate vocal delivery, the record also features Ehren Groban on acoustic guitar, Greg Saenz on percussions and Mike Pygmie on bass. Last Sunday January 15th, John Garcia spoke to Metal Assault to share his thoughts on this release. Enjoy the conversation below:

John, it’s good to have you again on Metal Assault. Your first solo album came out in 2014 and I think that was the last time we talked. Now, you’re about to release the second one, ‘The Coyote Who Spoke in Tongues’, which is a fully acoustic release. First of all, how did you come up with the concept of doing an acoustic album?

Andrew, I didn’t overthink anything. It was simply just because I wanted to do it. Couple of years ago I thought about doing an acoustic little tour, and Ehren and I decided to try it out, to see if it could actually work. It wound up to be a lot more difficult than I had imagined, but it also wound up to be a lot more enjoyable than I ever thought it was going to be. So, we wanted to capture what we did live on a record, and that’s simply how this album came to be.

That’s interesting. So, it’s a collection of original tunes as well as covers of Kyuss songs. How did you decide upon the track listing as to which songs you were going to do?

We had quite a few to choose from. We even had some Hermano songs that we were going to do. Some of them worked, some of them didn’t, and Andrew, that was the enjoyable part of working on this record, picking and choosing the songs and working through them. That was the really cool part of it. It was loosely based on just us getting in a room and jamming.

Do you think you have enough material left over for a sequel to this album, or is this a one-off?

There might be! But I’m not that far ahead. I like playing acoustically. It’s not as hard of a job. It’s a lot less work for me, doing this acoustic stuff, and I enjoy it! Where I’m at right now in my life, I’m just knee-deep in it. Ehren and I are going on a tour in April, and before that we’re getting the guys back together in March to test out some new material. We’re just going to take it from there. So, it’s enjoyable for me to relax with Ehren, like we did yesterday, and write new tunes acoustically. That’s who we are and what we do. 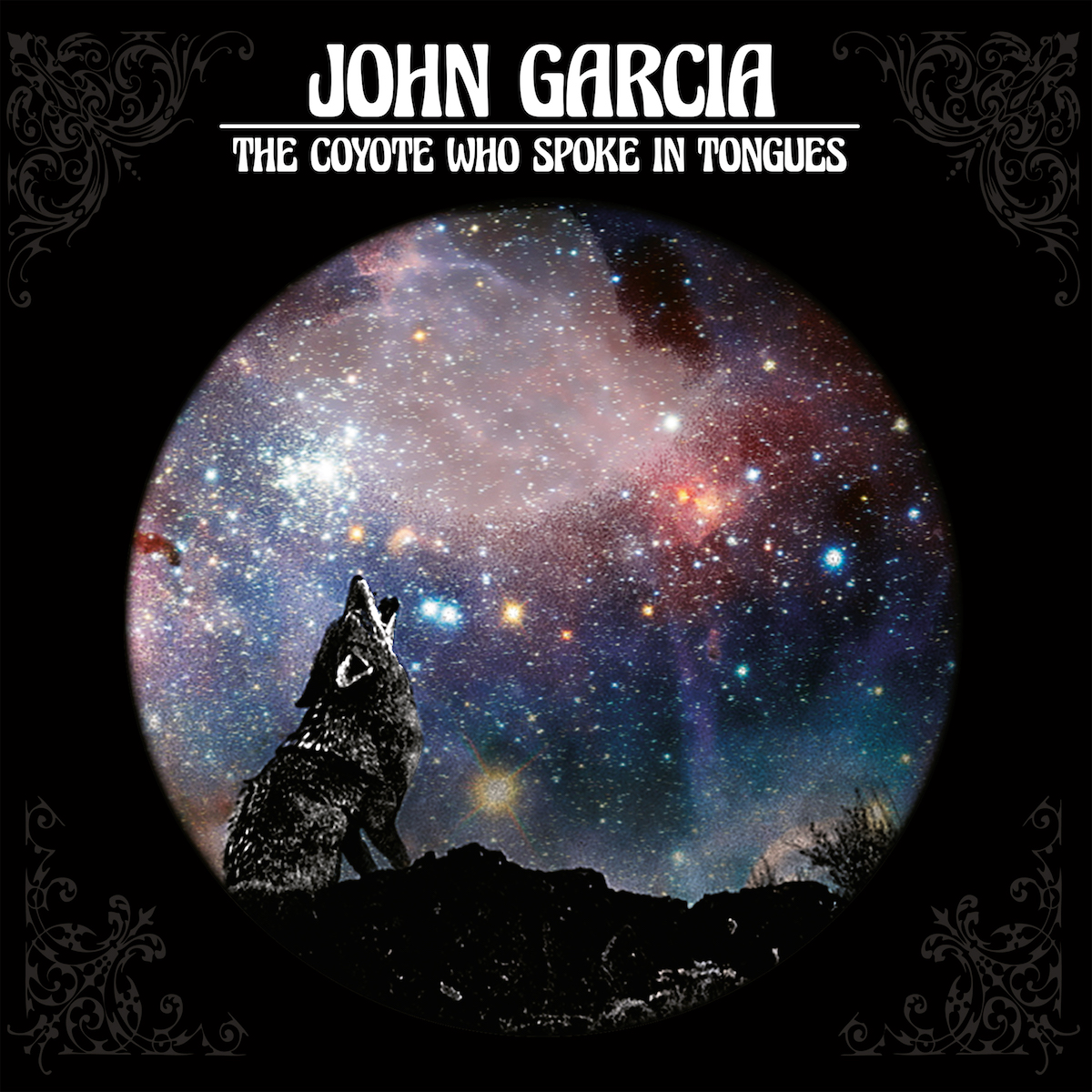 The writing process for the new tunes on this album, did that take you a while, or easier than you thought?

It took us a while, song selection and us doing it. It took a lot of rehearsal. But again, that’s the enjoyable part. That to me is just as gratifying as performing live for people. It’s still fun for me. I like leaving my house and going down there, and knowing that my family supports me. They want me to have a good day at the office. I went down and had a great day at the office yesterday, which was me and Ehren relaxing, kicking back and having a vodka cranberry and writing some new tunes!

As I said earlier, you’ve also included some acoustic versions of Kyuss tunes. Did you ever think that those songs would work in an acoustic arrangement, and what was your reaction when you saw the first results of it?

Well, not all of it worked. There were some other Kyuss songs that we were trying to work out. But, to play a song like ‘Green Machine’ the way it’s played on this album… what a difference! I mean, it goes from something so heavy and hard-moving to something that’s the complete, total opposite. Getting there with the song was half the fun. Same with ‘Gardenia’. So we knew we had plenty of songs, but selecting which ones to do and how to do them was the cool part of the process. So, we just wanted to go on the opposite side of the spectrum and that’s exactly what we did. A song like ‘El Rodeo’, some journalists would say, “Why did you do that song?” Because it’s my favorite songs to sing. All of these Kyuss songs are just cover tunes. I didn’t write ‘Green Machine’ or ‘Gardenia’. Brant Bjork did those. So, essentially they’re just covers that I just happened to sing in the original versions. So, it is what it is, and Andrew, this record is not for everybody. I’m not getting outstanding reviews on this record, nor did I think I was going to. I didn’t write this record to get outstanding reviews. I did this record for Ehren and myself. Ehren did it for himself, I did it for myself, it was fun to record, and it’s fun to perform these songs. So, that’s exactly what we’re going to do this year. Come April, we’re going to go out to Europe and support this record, and take it from there.

Where does the album title come from?

So, Andrew, basically it’s like the title of a book, and these songs are like chapters of the book. I have a certain affinity for the desert. I woke up this one morning at 5 AM, had myself a Bloody Mary, and heard a pack of coyotes tearing up a jackrabbit ten feet from my front door. Me having a Bloody Mary at 5 o’ clock in the morning doesn’t happen on a daily basis, but the coyotes and the wildlife where I live, that does happen on a daily basis. So, it makes perfect sense for where I live, which is literally in the middle of the desert, to title this project ‘The Coyote Who Spoke in Tongues’. Often, I wouldn’t say I’m misunderstood, but I’m not playing by the rules of the musical rulebook. So, it’s a very appropriate title for this record. 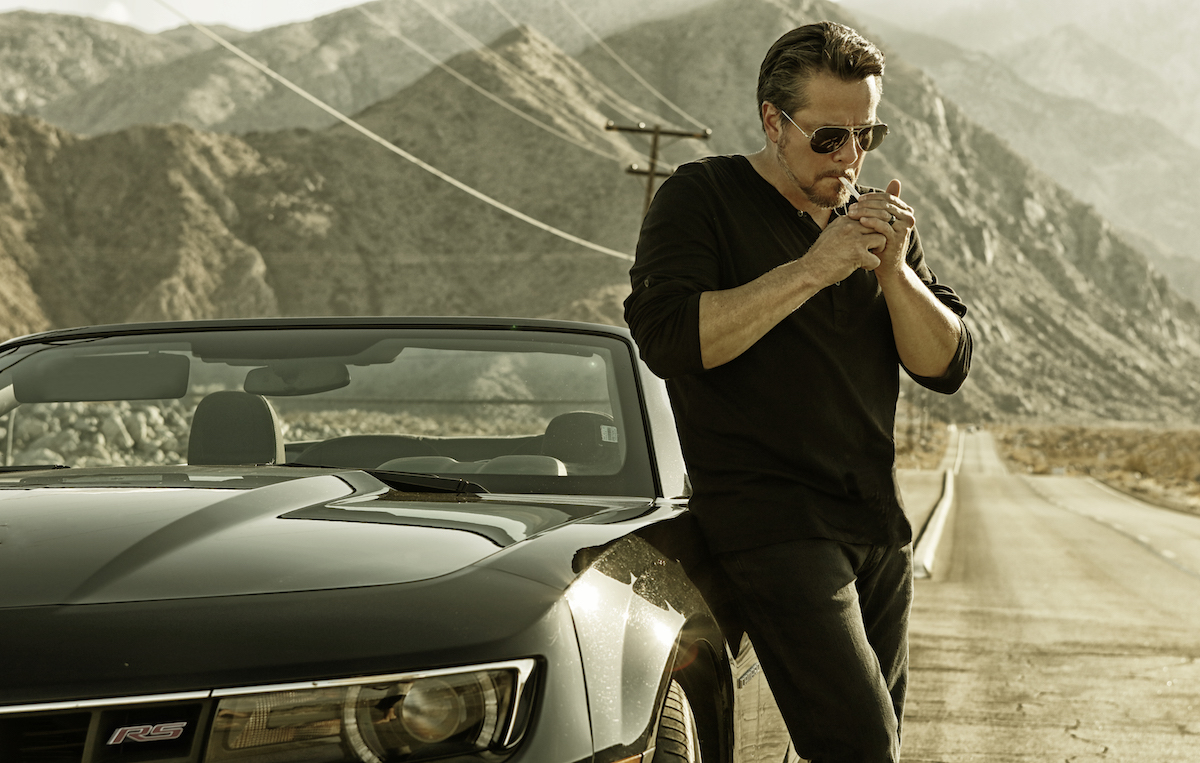 You were saying that the album is not getting outstanding reviews. You released a music video for the opening track ‘Kylie’, and going by some of the comments I was reading on YouTube, even the video itself wasn’t very positively received. I don’t think a lot of people understood it. How did the concept for that come about, with the whole psycho killer kind of feel?

The video is directed by a gentleman by the name of Douglas Quill. He himself is an artist, he had a vision of what the song meant to him, and I let him roll with it! Basically, it’s an art piece. It’s focussing on not only domestic abuse but also ritual sacrifices. It’s just a fictional movie, and that’s all it is. I don’t condone any of that stuff. As an artist, Douglas Quill wanted to raise a couple of eyebrows by doing this piece, and that’s what he did, and I gave him free reign to do so.

It’s definitely interesting. So, as you said, you are starting a tour for this in April. Is that your plan for now, to do live shows for this project?

Yeah, we’re going to tour in April and support the record, and you know, just go out and enjoy touring, which we love to do. We’re just going to take it one step at a time. Andrew, we’re enjoying this, we’re enjoying where we are in our lives, as we should be! This is where we are at, this is what we’re doing, and again, this record is not for everybody. Everybody is not going to like the songs or the video, everybody is going to say that I’m butchering these songs, and that’s their god-given right (laughs). But I’ve been used to this criticism my entire life because not everybody is a fan of Kyuss. I myself cringe when I hear ‘Wretch’, or some of the songs on ‘Blues for the Red Sun’. I think some of those songs are lackluster! So, I’m my own worst critic. I’ll say this song sucks before anybody else does. But, I’m certainly enjoying the ride of all of this.

So, aside from touring for the solo album, are there any other bands or projects you’re trying to work on at the moment?

This is really the only one, although I’m going to work with Chris, Brady and Damon from Slo-Burn for a handful of shows over in Europe. But I’m still concentrating on my solo project and I’m very, very happy with this path that I’m on. So, I’m sticking here and this is what I’m going to do.