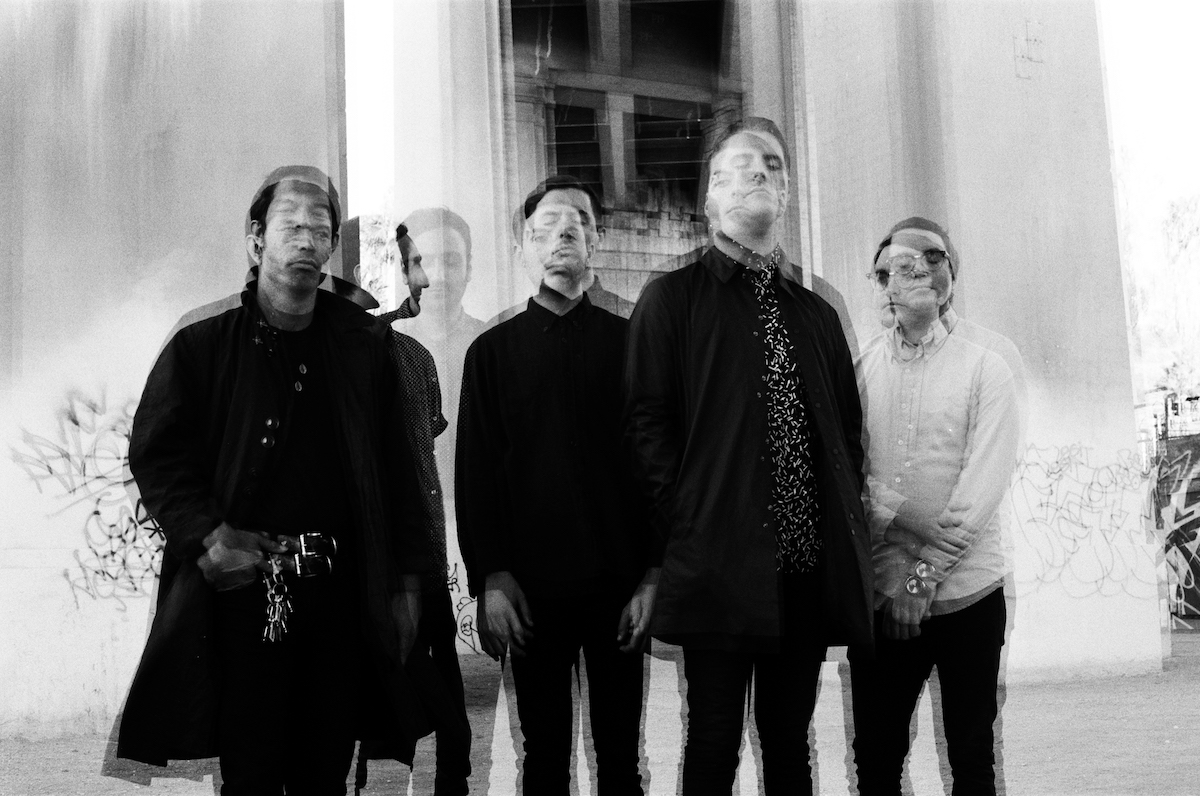 Formed in 2010 and based out of San Francisco, California, Deafheaven is described as post-metal, shoegaze metal, atmospheric black metal or “blackgaze”, but genre tags aside, they are only rising further in heights of popularity, first catapulting into widespread success and acclaim with their 2013 sophomore effort ‘Sunbather’ and continuing to move in the right direction with the subsequent full-length release ‘New Bermuda’ in 2015. In 2017, they are set for tours across North America and Europe, but as a special treat for LA fans, on January 12th and 13th, they took over the Echoplex for two sold-out shows. Our man Jason Williams was on site for night #1, and before the show, sat down with vocalist George Clarke for a chat about all things Deafheaven. Enjoy the conversation below:

It’s a rather cloudy and pouring rain atmosphere for tonight’s event. First gig of one of your first smaller tours of 2017, sold out tonight and tomorrow at the Echoplex. How are you and the band feeling?

I feel great! You’re right, the weather is perfect for the occasion. We have a really good bill, both nights. Tonight it’ll be Health, Wife, and Chasms. FYF is representing the show and kind enough to curate the whole thing. So we got to pick the bands, Angel City made a “Sunbather” beer, which will be on tap tonight. It’s good vibes all around.

Not too long ago, Los Angeles had a crazy night of shows, including Deafheaven opening for Ghost two nights sold out at The Wiltern. Gorguts at The Roxy, And Opeth playing not too far either, all in the same night. For your show, how was the Ghost experience, considering the surging popularity they’ve gained, as well as playing in front of a larger and different type of audience?

It was great! The audience was really receptive, we had a blast. The Wiltern is a venue that I’ve wanted to play for a long time, and we thank them for inviting us. The whole experience was really good, but I was sad that I missed the Gorguts show, but that happens a lot when you’re touring around. It was a pretty crazy night for metal all around, right?

Speaking of the shows with Ghost, with all of the doors your band has really been able to open recently, especially considering the style of metal you play. Fans dub it as “Post Metal” or “Extreme Shoegaze Black Metal”, just a lot of labels the band seems to be associated with. With that said, I truly believe Deafheaven has a rather more bold, and especially unique sound, not withstanding your 2013 release ‘Sunbather’ really taking everybody by storm, and enabling the band to be the biggest it’s ever been. You don’t hear extreme metal bands being asked to play Coachella or the Los Angeles FYF Fest. Talk about the writing process for ‘Sunbather’, and also, did you ever believe that the band would be pushed to this new level from this record’s release and reception?

Absolutely not. I don’t think that when you’re writing an album, at any point, do you feel like this is going to be the one that breaks you through. I think that you are mostly hopeful you end up satisfying yourself, and your second hope is that other people will enjoy it. I can’t have imagined what ended up happening with this record, and you’re right, we got a lot of opportunity, and had a lot of doors open for us because of it, and you know, the record was cool. It was Kerry (McCoy, guitarist) and I working on it for the most part. I remember Kerry being very stressed (laughs), and we brought Dan (Tracy, drummer) in the last month before we recorded it, put some drums behind it, and it all came together pretty naturally. To think about what it’s done for us, to call it remarkable, in my life, I feel that would be quite the understatement. It literally changed everything for us. 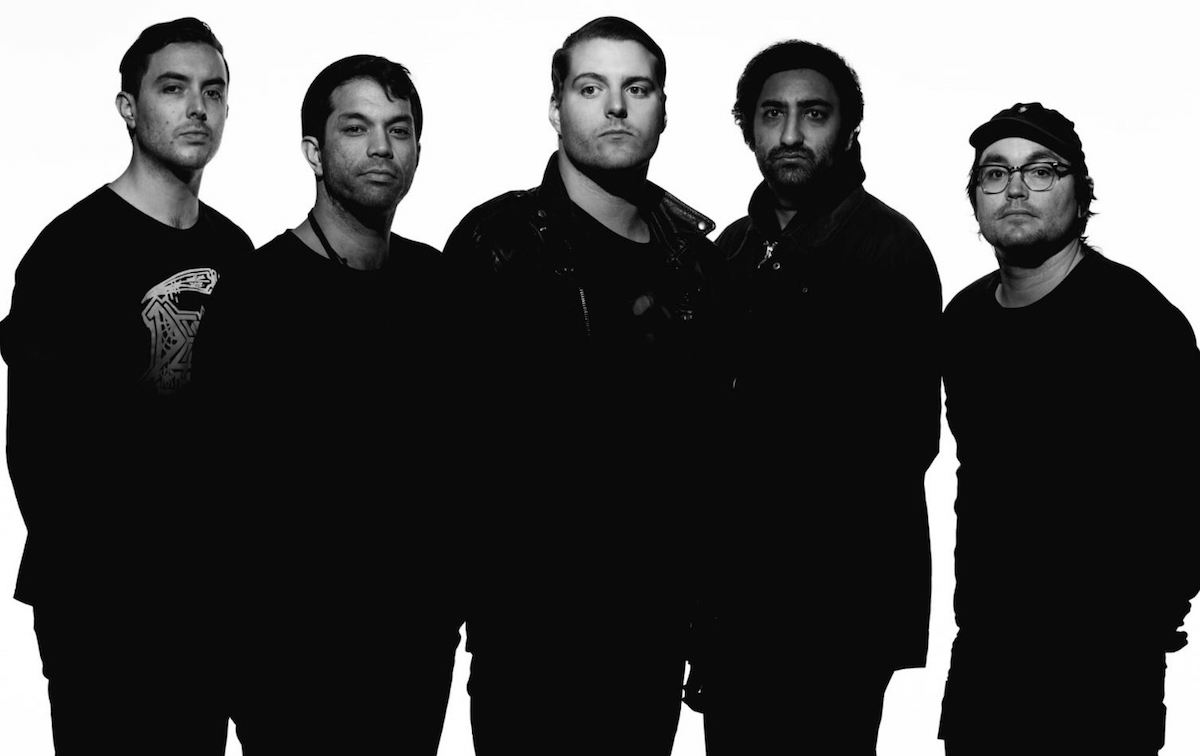 I wouldn’t describe Deafheaven to be considered “commercial” in really any way, despite the ongoing success touring and similar events. With ‘Sunbather’, your first record ‘Road to Judah’ as well as the newest release ‘New Bermuda’, what do you think has resonated most that has turned people into fans?

With ‘New Bermuda’, was there any pressure since ‘Sunbather’ in terms of the expectancy of the fans, record label, the members of the band themselves, to really step up musically and increase the bar to another level?

I think that the pressure came from not wanting to repeat the same record. I think that given the success of ‘Sunbather’, it would have been very easy to aim for that again. So we kind of did everything that we could, to not do that, and the culmination of that mindset became New Bermuda. So there’s definitely that, but of course there’s pressure. We switched record labels, now onto a larger record label this time around, and we knew there was going to be a lot of exposure, right off the bat, which we did not anticipate for the release of ‘Sunbather’. So all in all, yeah, there were some shoes to be filled, and when it’s your own shoe, that’s a bizarre place to be. But like I said earlier, you just have to be honest about what you’re doing, thoughtful, and give it your best.

Most know that Kerry and yourself formed Deafheaven. Is it safe to say that he’s in charge of the music department, and you are for the lyrics?

He writes the music, I write the lyrics. He shows me ideas, and we discuss a lot, and I tell him about themes on the record. When it comes to writing an album, we have a lot of dialogue. We’re always talking about things we want to do, where we see the band, topics we want to discuss, our albums, our vision, the whole thing is all discussed. But when it comes down to execution, yeah, I’ll do the lyrics and themes, handle the artwork, and Kerry handles all the music. 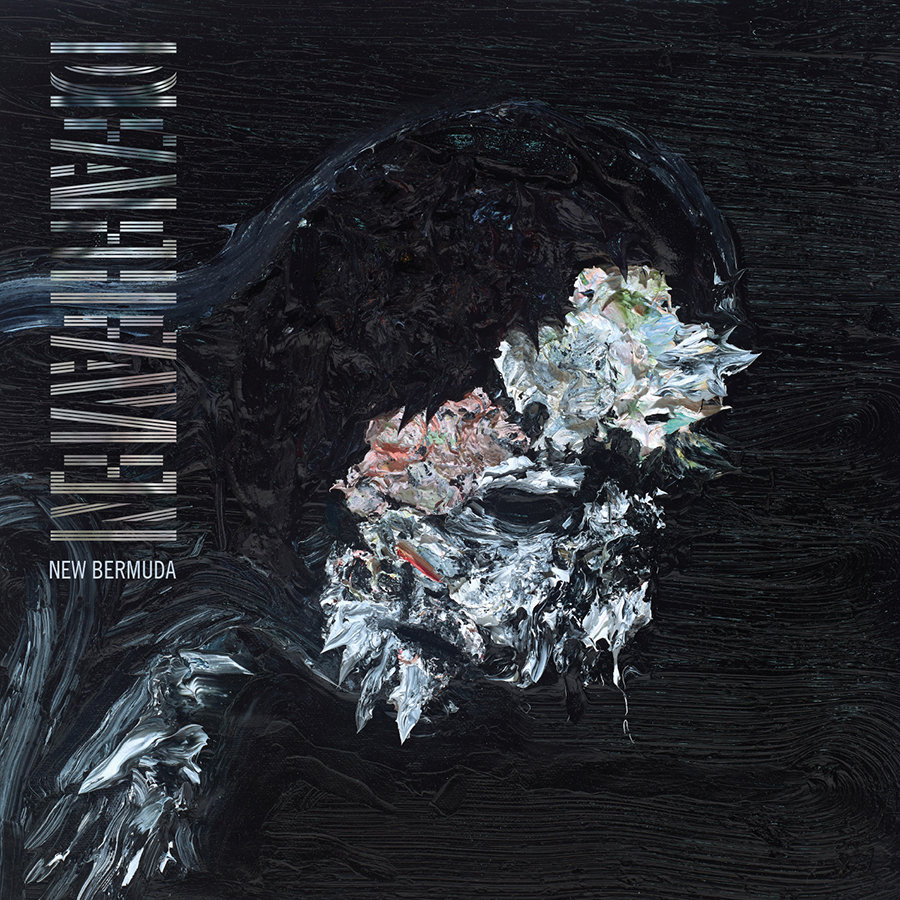 Where do you find the lyrical content within yourself, given the personal abstract, interpretative side of the words that make them rather unique? Where do you look inside yourself for inspiration of your writing?

All of our albums are purely autobiographical. I just write about things that are going with me at the time. A lot of them are in very real time, and I don’t really know asides of that. I’ve always considered the Deafheaven lyrical concept as a very “selfish” thing, in that, I don’t know how people will interpret the lyrics, or how they will connect to it. I’m very happy that they do, on a certain level. But everything is very self-centered. And I don’t mean for it to be embraced widely, necessarily. But it’s cool that it is, and it’s cool when people find something in the lyrics, that they can attribute to their own experience.

One of the smaller differences between the last two albums is that in ‘Sunbather’ there were small instrumental pieces between songs, “Irresistible” for example, while the new record, it’s just 5 full length songs. Another example would be the bluesy style guitar solo in the song ‘Baby Blue’. Talk about the writing process for ‘New Bermuda’, specifically the music, and what challenges as songwriters and musicians, did you feel for this one?

The biggest challenge, was just to write something that wasn’t like ‘Sunbather’. That’s more of what I meant, with the lack of interludes. This album is set up differently, we didn’t want to do the song-interlude-song-interlude thing. We wanted to cut a lot of what we consider to be the “fat”, and all of our music is always going to be expansive to a certain degree, but we wanted to write a record that was more on a straight line. And we wanted to write a record that was really riff orientated, and take some of the atmosphere out and place it with catchy melody and things like that. So that was a goal, and I guess that’s it. Those were all the different things.

Mentioning earlier about opening up for Ghost, playing in front of a grand amount of people and huge venues, it’s really difficult for local metal bands, and even mid-tier level bands too, to tour in North America. To be able to get it right and to establish yourself is not easy. What have you noticed touring that you believe would help and assist the scene? And any advice to starting bands that you are assured is solid help to take?

I don’t know, what it’s going to take overall, for people to open up to extreme metal more, to make touring more profitable. What I do know is that, if this is want you want to do, and this is what you’re passionate about, the best thing you can do is just hit the ground running. If you start out, and you’ve booked your own tours, and prepare to eat shit, and meet people along the way, and establish relationships, make connections, and don’t take breaks, learn to live poor, and you struggle and suffer, and if you’re lucky enough, you will not have to do that one day. Unfortunately most people aren’t that lucky. But it’s all in your attitude. Some of the worst tours we ever did, the most stressful or impoverished, were some of the most fun. And you have to just keep your eye on the prize, and you have to be joyful about the fact that you are doing something that you love, in a world where people are often put in positions of doing things they don’t love, or don’t feel passionate about.

My last question, after this tour, there’ll be another North American tour, and then I believe you’re in Europe shortly after. Can you talk about these next two tours coming up, and what’s next for the rest of the year?

Yeah, we have some great tours lined up. We leave late next month, I believe the first date is February 23rd in San Francisco. We’re touring with This Will Destroy You, and Emma Ruth Rundle, who are both opening up the tour, phenomenal acts, very much looking forward to that one. And then shortly after, we’re going to Europe, having Youth Code open, which I’m also very excited about. All those bands are friends, so the Spring is just touring with friends, and anytime we get to do that, that’s always the best. And then after that, some festivals and stuff, I think hopefully in the middle of summer, we’re going to take some time off and think about writing a new album. Probably have something out in the first half of 2018.