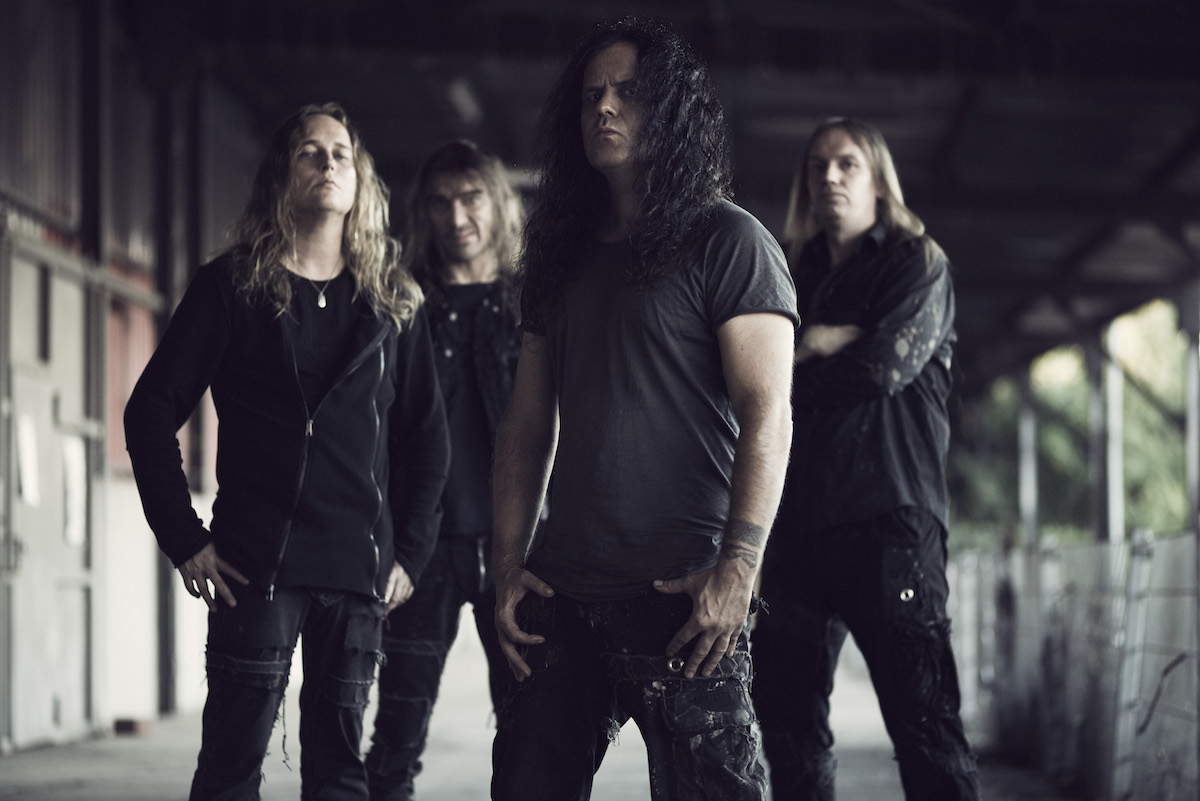 German thrash titans Kreator have been unrelenting in their quest for global domination since their 1982 inception. This is not your average ’80s nostalgia act, and the band is just as relevant in the modern day as they were when they first broke through in the mid-80s. Even in recent years, they’ve been one of the fiercest live bands on stage and a highly dynamic unit in the studio, thanks to the creative direction of vocalist/guitarist Mille Petrozza. Kreator’s 14th full-length studio album ‘Gods Of Violence’ comes as eagerly awaited, five years after the previous effort, and is set for release on January 27th 2017 via Nuclear Blast. The band is also ready to scorch stages in Europe and North America. Mille Petrozza recently spoke to Metal Assault in a very candid conversation about the album and lots more. Enjoy it below:

Mille, it’s good to have you on Metal Assault, as always. This interview is mainly about your new album ‘Gods Of Violence’ which is coming out soon . The last album ‘Phantom Antichrist’ came out in 2012. Since then, how has it been for you in terms of writing this new material? Has it been a slower process, or were you mainly busy touring?

We did a lot of touring but in 2014 and 2015 we took it a little easier. I think the last proper tour we did was the one with Arch Enemy in 2014. Since then in 2015 and 2016 we only played a couple of festival dates and started writing the new record. I already some ideas in 2013 and I was recording demos back and forth. Whenever I had some time off from the road, I was working on demos. So yeah, basically, in order to become inspired again, I had to take some time off, and we did.

Right, and when it comes to recording new song ideas and demos, you’re not the kind of person that can do it on a tour bus, right?

No! There is too much distraction. It simply doesn’t work for me.

Every album that you’ve put out in the last few years, I think it has the classic Kreator feel which people can identify with, but also something different too. Would you say that about ‘Gods Of Violence’ as well?

Absolutely! I think ‘Gods Of Violence’ is a little bit like a continuation of the ‘Phantom Antichrist’ record but it has a new twist to it. We were going even more epic and we were trying to work with different tunings, different instruments and vibes. It’s definitely one of the most epic albums we’ve ever written. 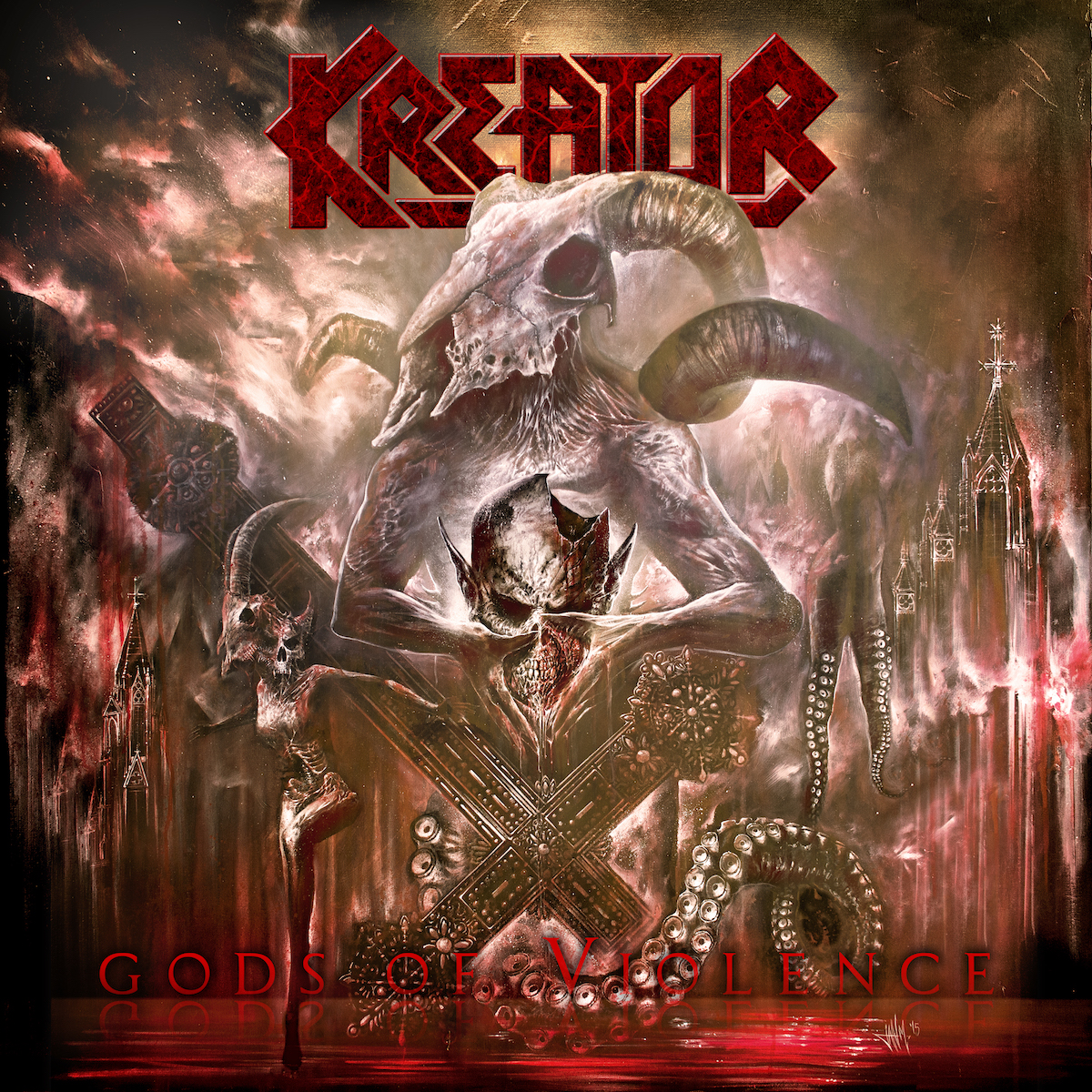 Regardless of whether fans end up liking it or not, whether it succeeds or fails, I can respect bands that have the adventurous attitude. You cannot really keep making ‘Pleasure To Kill’ all the time, even if some people expect you to.

‘Pleasure To Kill’ came out 30 years ago (laughs). So, it was a totally different mindset. It would be sad if I would still try to rewrite ‘Pleasure To Kill’. It would be useless, because I’ve already done that. I think a lot of the songs on this record have a vibe that could have been also a fit on ‘Pleasure To Kill’ but we weren’t able to play the stuff the way we do nowadays. On that album we tried to come up with a very epic version of metal, to make it a very dark and sinister album, and the same thing we did on ‘Gods Of Violence’, but of course it sounds different as there’s 30 years between them. To be honest, I wouldn’t even know how it would sound like if I try to redo ‘Pleasure To Kill’. You know, as a musician you just don’t think like that. You go, “OK, I’ve done that record, and now I’m going to write a new record. I’m not going to write the same record again.” It’s just not possible.

Exactly. So, the things you did on this one with different tunings, atmospheres and instruments, was that just part of a natural thought process, or more of a deliberate thing that you’ve had in mind for a while?

Some things happened in the studio spontaneously. For example, the intro for ‘Apocalypticon’, it was only guitar and drums. In my mind there was this orchestral doom thing, announcing a world war or the end of the world. It was almost like movie soundtrack type of music in my mind. I was talking to the producer and he suggested the band Fleshgod Apocalypse to me, and they helped us with the orchestral arrangement. So, that’s how that came about. Then, when we were recording in the studio, we figured why don’t we try to use the same tuning as UFO for one or two songs, and we did. Some of the instruments we are using on the album are also new. You can hear harp, you can hear bagpipe, and me singing in German. So, these are little elements, little spices that we added to the recipe that is the Kreator sound.

More than any other style of metal, I think thrash metal can stagnate if people don’t try to experiment or do something different. You cannot really keep doing the same things you did in the early ’80s. Do you agree with that?

Absolutely. I think thrash metal is not only about the riff. A lot of bands think that once you have a good-sounding riff, that’s a good song. It’s not. The songwriting is the important thing. To me, writing a thrash metal song is not different than writing say a country song, a blues song, or even a pop song or reggae song, or whatever. The genre is not important. The essence of the music is the song, always. Thrash metal is only a sound, and the riffs are only the style. But the song is always the most important thing, no matter what genre you play. 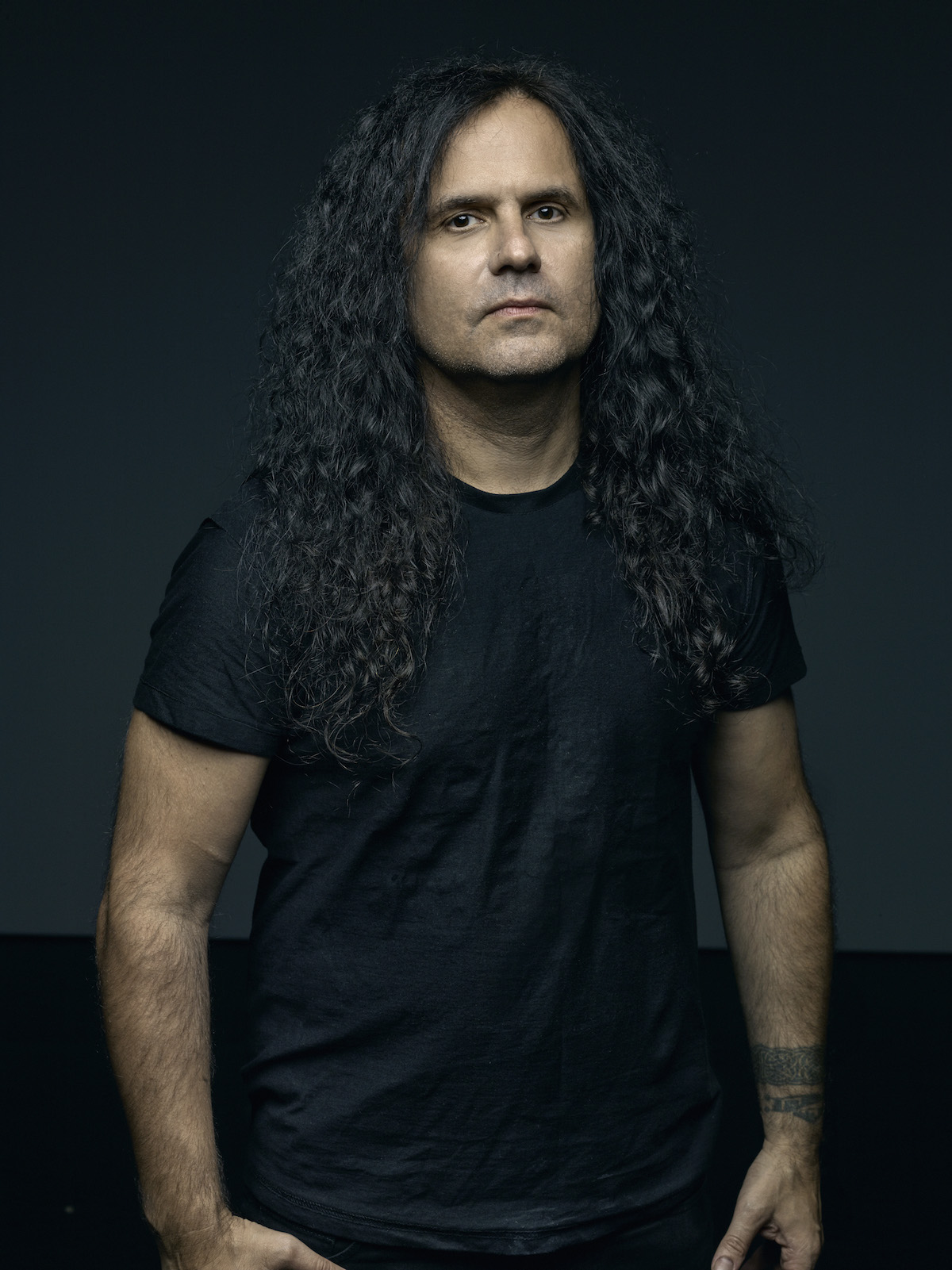 Agreed. And regardless of the kind of sound you’re trying to go for, the aggression in your vocals is always there. Before you start to record an album like this, how do you get in the mindset to sing in this manner? I’m sure it’s a very important factor in how the record sounds.

The thing is, it’s getting harder to find themes for songs. To me that’s the most important bit. For this album we recorded 12 songs, and 10 ended up on the record. So, there’s 10 different short stories, so to speak. Once I get the title and the theme, the song starts to develop. The idea is always the root of every song. I think the mindset always just comes from being bored, really. You have to take some time for yourself and do nothing. And that’s hard, man! Because we’re always distracted nowadays. So, the hardest bit is to not be distracted and concentrate on the music. The emptiness of boredom really makes you creative.

That’s interesting. It’s definitely harder to stay bored and idle than to be busy nowadays.

Very true (laughs). There’s social media, and you name it, there are so many distractions nowadays.

So, in the past I’ve interviewed you a few times as well, and in one of the interviews you talked about the diverse musical taste that you have. You named examples like Neil Young and things like that. Do you think that also contributes to these new ideas that you have, even for something like a Kreator album?

I think when you’re a musician, in order to stay creative you need to be open-minded, otherwise you’re trapped in your own sound. I just like to explore new music, and I’m a music lover. That’s my passion, I love music no matter what genre. So, to me there’s no such thing as a genre that I don’t like. If I like a song, the label is not important. It’s about whether it makes me feel something or not. It could be an electronic song, a pop song, a grindcore song or a punk rock song. Some people are just stuck in genres and they don’t listen to  anything except for certain genres, but I never thought that way. There’s also a lot of open-minded people, of course, and a lot of musicians listen to anything.

You have a lot of touring on your plate. In Europe you’re going out with Sepultura and in North America on the Decibel Tour with Obituary. So, you have a lot of shows coming up. Are you ready to deliver the Kreator experience every night?

Oh, of course I am! (laughs) Right now we haven’t rehearsed for the tour yet, but soon we will jump right into it, and we will play a lot of the classics and a lot of the new stuff. Hopefully we’ll please everyone. It’s hard with 14 records, but we’ll do our best!