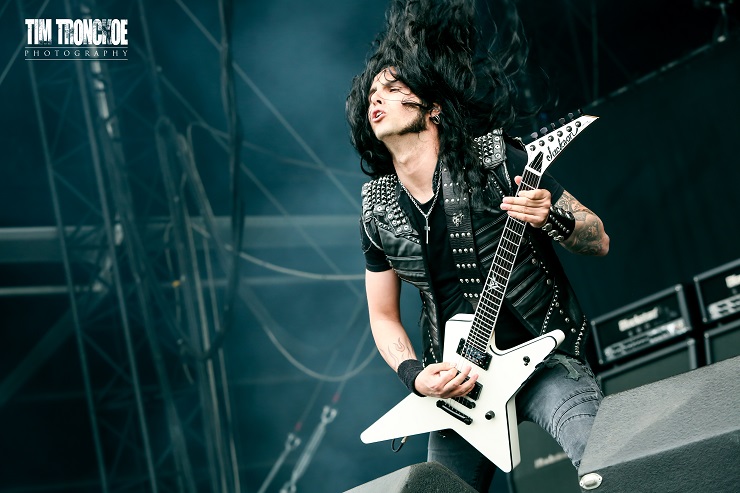 Greek guitar virtuoso may have come into metal mainstream prominence upon getting recruited in Ozzy Osbourne’s solo band in 2009, but the extent and depth of his talent and repertoire goes far beyond. It was as far back as 1998, when he started Firewind, initially a solo project but soon morphing into a full-on band playing epic shred-centric power metal. Formed in 2002 as a group, Firewind went on to release studio albums and play shows on a consistent basis, gaining a widespread audience in Europe but all the while also growing their fan-base in the rest of the world, including North America. In 2012, the band celebrated their tenth anniversary, and following longtime vocalist Apollo Papathanasio’s departure, was briefly put on hold, after which Gus launched his solo career.

In 2017, Firewind have returned with their eighth full-length album ‘Immortals’, the first in five years, featuring new singer Henning Basse but the same signature Firewind sound we’re all accustomed to by now, through ten expertly crafted, catchy yet tasteful songs. The album was released on January 20th via AFM Records in North America and Century Media in Europe, and is readily available for your listening pleasure. Earlier today, on Monday February 6th 2017, Gus G spoke to Metal Assault to discuss the return of Firewind, the making of ‘Immortals’, the lineup change, working with Holy Grail singer James Paul Luna on his solo tours, his new line of signature Jackson guitars, and more. Listen to the 13-minute conversation below.