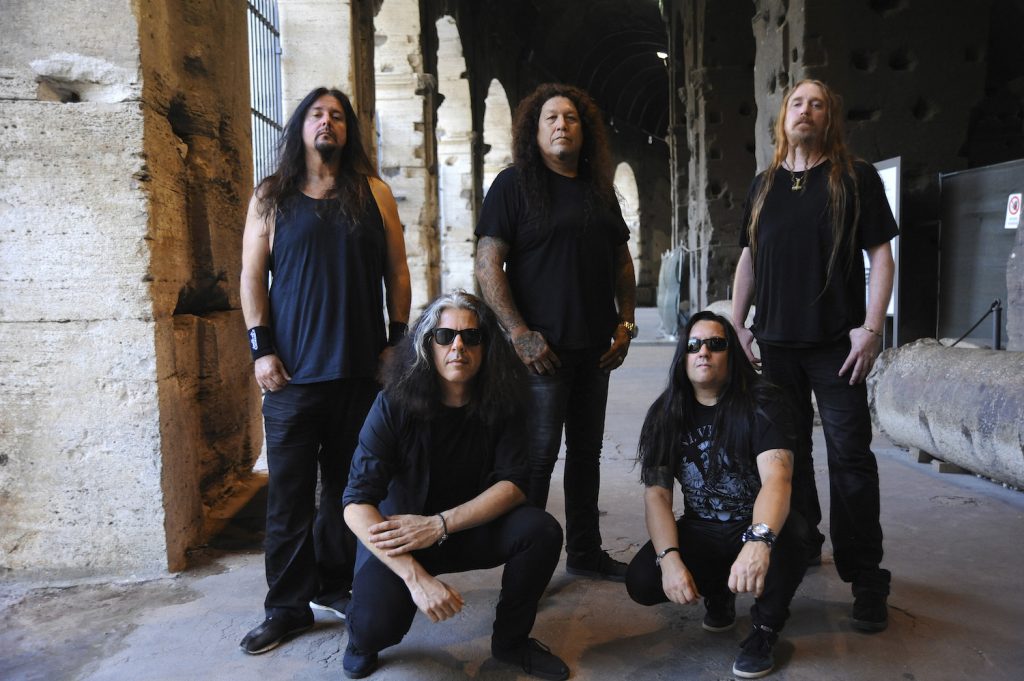 San Francisco Bay Area thrash stalwarts Testament have not put a foot wrong in the last ten years, releasing a triad of highly impressive albums ‘The Formation of Damnation’ (2008), ‘The Dark Roots of Earth’ (2012), and most recently, ‘Brotherhood of the Snake’ in 2016. Besides the strong new material, their live show has also maintained and enhanced their reputation and legacy. Testament are now gearing up for an extensive North American headline tour, the first in support of the latest album, with support acts Sepultura, Prong and Infernal Tenebra. Vocalist Chuck Billy recently spoke to Metal Assault about preparations for the tour, live shows, his training methods, weed smoking, and more. Enjoy the conversation below, and catch Testament on tour this Spring!

Chuck, it’s good to have you again on Metal Assault. You guys are starting a North American headline tour pretty soon in early April. How’s the preparation going these days?

It’s going good! We finished our Japan tour a few weeks ago, so everybody is kind of home and relaxed. We start rehearsals within a few days, and we feel good! On this tour I think we’re definitely going to increase the songs off of ‘Brotherhood of the Snake’, get may be four to five songs in the set, which is actually quite a lot for a new record. We’re looking forward to it. We haven’t toured with Sepultura before, we’ve played some shows with Prong and always talked about doing a tour together. So, I think it’s going to be a really fun and good tour!

Right, and yeah I was just about to ask you if you had any past touring experiences with Sepultura and Prong. I’m sure you’ve crossed paths on festivals and stuff like that, and I guess it was just a matter of time before you actually did a full tour together.

Yeah, it’s definitely going to be unique, and I know Sepultura have a new album out that’s really good. This lineup is going to be good for the fans, for sure! 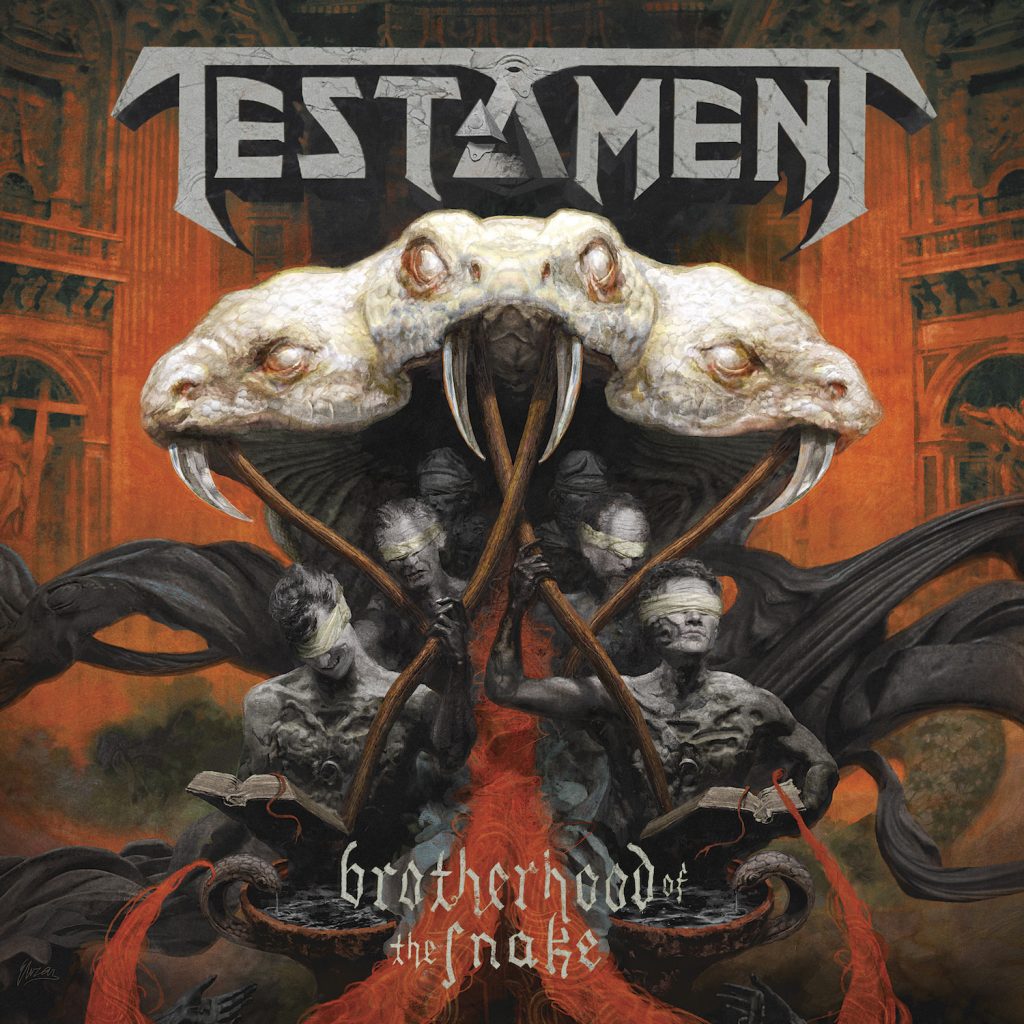 Absolutely. And as you mentioned, your new album ‘Brotherhood of the Snake’ came out late last year and you’re playing quite a few songs off of it this time. Even your other recent albums, ‘The Formation of Damnation’ onwards, have been really good. It must be a good feeling to not have to rely on just your classic material, as some bands have to.

Oh yeah, some bands do survive on the classic stuff, but it’s fortunate for us that we have written more current-feeling stuff for the newer fans, and even from the older fans we’ve gotten a lot of good responses for the recent records because we are staying true to what we do, and we make the fans feel that and they appreciate it.

You have done some touring for this album since its release, although mostly overseas. Whatever songs you have played from it so far, what have you felt on stage compared to songs from the other albums?

Well, I think considering that they are new songs, it was quite surprising. We did the Amon Amarth tour in Europe, and the day the record came out, we already had three songs in the set, but it was amazing and we were blown away because the crowd knew all the words for ‘Brotherhood of the Snake’ and they were singing it. They were also singing ‘Stronghold’, and we were like, wow! The record had just come out but the response from people knowing all the words already was a good feeling. It was an unusual feeling too because they really grabbed this record pretty fast.

That’s great to hear, man. So, on this next tour, how long of a set are you looking to compile?

We’re going to be playing for an hour-and-a-half. It’s a four-band bill, so most venues now have an 11 o’ clock curfew during the week. Shows have to get started early. We could play two hours and we might stretch it, but we’ll see. I think we’re shooting for 90 minutes per show right now, which is probably about 15-16 songs.

Besides the length of the set, I think the intensity level is also important for a thrash band like yours. I don’t mind even if a band plays a shorter set, as long as it’s intense all the way through. You have to put a limit even as a headliner, isn’t it?

You don’t want to bore people and make them go, “OK, enough!” So yeah, you’re right, you’ve got to have a great set that’s going to keep people captivated the whole time. And it’s a headline show, so that always makes it different in the songs that you chose. When you’re a support band, you come out there and grab the hardest hitting ones because you don’t have a lot of time. Sometimes you only get 7 or 8 songs, so you hit them really hard with the heavier, faster stuff. Whereas when you’re the headliner, you really want to pace it. I wouldn’t say we would put a ballad in there, but may be a song like ‘Dark Roots of Earth’, something that’s a little slower, just to break it up. Everything can’t be a 100 miles an hour. It’s got to have a little bit of pacing to it. So, the headline set is definitely a different selection of the vibe and songs that we play, and we want to try to play songs that we haven’t been playing for the last ten years on tour. That makes it tough, but we always want to give fans something different, you know.

Exactly. You guys have been around for so long, and like you mentioned the Amon Amarth support run, I think it shows your professionalism that you’re still able to go out and do support runs. May be some bands wouldn’t want to do that after being around for 30-plus years. But you’ve always got to keep expanding and reaching more people.

You’ve got to seize the opportunity! You have to be smart enough and not let your ego tell you not to do it. For us, Amon Amarth was a great choice to go and tour in Europe with because they do very well in Europe. It was a good move for us. And we don’t mind it. Sometimes being the support band is better (laughs). You get on early, you’re done early, all the pressure is not on you, you just get out there and go for it, and sometimes that’s better. On this headline tour we’re doing 36 dates. We haven’t done that many dates on a headline run, God … since ‘Practice What You Preach’! So, this is going to be a big task for us, specially at this point of our career. But we’re up for the challenge. We’re not going to say no we’re not going to do it. We’re going to go for it!

You said that you’ll soon be in rehearsal mode for this upcoming tour. As a vocalist, is there anything additional that you have to do to get ready for a 36-show tour?

I’m cutting back on my weed-smoking right now (laughs), so not as much weed. I’m running more on my bike every day. And I bought this training mask that athletes use to train for high elevation. You put on this mask and it feels like you’re at 5000 feet above sea level, so it makes it hard to breathe. So I’ve been doing this new training exercise with the mask and it’s really helping. I really am putting some time in training for this tour, because I don’t want the band to have to cancel a show because of me.

Your body is your instrument, and the show depends on you. Without you they cannot really do it. As simple as that!

Yeah, the other guys, they keep playing and they want to choose all these songs for the set that are real tough to pull off, and I’m like, guys, I’m singing! You just have to strum your guitars. I wish I could play the guitar (laughs). We’d play every day if I did! But I can’t sing every day. I have to rest a little bit and watch the voice.

Talking of the weed smoking, which is obviously a big part of our metal culture. When you meet people on tour and they offer it to you, how hard is it for you to reject it in order to save your singing voice?

It’s hard because I like smoking weed, but right now I’m cutting back and probably by the time I start the tour, I won’t be smoking at all. So, by the time I get on the road it won’t be so hard, you know. I’m probably addicted to smoking weed, I’m sure (laughs), so I’ll go through my joneses now before I go on tour and get that out of the way. 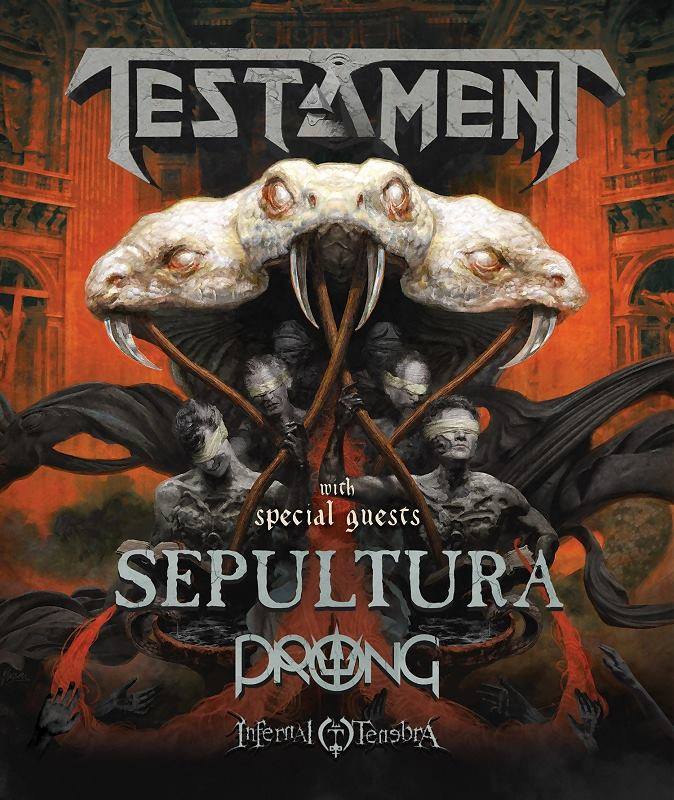