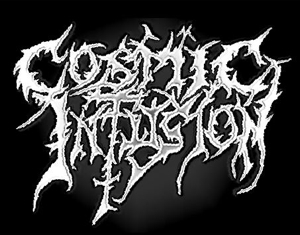 Mumbai-based symphonic black metal band Cosmic Infusion have been around since 2003, gracing the country’s underground music scene with their brand of intense, atmospheric extreme metal. A band that puts more effort into their live performances than anything else, Cosmic Infusion win crowds over and gains new fans every time they perform. I found this out for myself just two weeks ago, when I saw them open for Albatross at the “Wither 2012” gig, at Thane’s United 21. A couple of days ago, I did this interview with the band to talk more about that gig, the reasons for their hiatus and the subsequent reformation, new material, and lots more. We hope you enjoy reading this conversation, and after you’ve done so, visit the band’s social networks by using the links posted below.

I saw you guys put on a killer show at the Thane gig a couple of weeks ago. What did you think of the gig, and how was it being on the line-up with those bands?

Thank you. Glad you enjoyed it. Wither 2012 was good fun. All the bands there were really good, and we especially liked the crowd because they were really into it.

For someone like me who’s been attending shows in Los Angeles for the past few years, I was definitely surprised by the posh nature of the venue you guys played that gig at. Are you also surprised that four-star hotels like United 21 are willing to support heavy metal shows?

Yes, we were quite surprised ourselves with the venue, and we aren’t really accustomed to playing at such plush venues. Also, there are very few or no venues for metal gigs here in Mumbai right now. It was the organisers of the gig who made it happen really.

Your music can be pretty clearly described as symphonic black metal. Have you always given importance to the symphonic element, or is that something you added later on?

I believe you recently reformed after a four-year hiatus. What was the reason for the long break?

The break happened with some of us getting busy with another music project (Infernal Wrath) and more essentially work, essential since it was the only thing that would help us buy our equipment. We never imagined the break would go on for this long since the idea of coming back had started off even before we went on the break, but time had really become a constraint and the break really was inevitable. But you could never keep this beast dormant and then eventually with some of us quitting our day jobs, we started looking for new members to complete the line-up. Which is when after a lot of searching we found Nandan, Ashish & Amey, who understood what we were onto and fit right in almost straightaway.

Did you go through any change in your musical style or approach after the reformation?

Not really, apart from the music getting naturally richer, the sound getting better and the playing getting tighter, we don’t think much has changed. Both our musical style and the way we compose music hasn’t changed at all.

The Indian black metal scene is highly sporadic. While it must be a challenge to survive as a black metal band in this environment, do you think of it positively in the sense that you don’t face much competition, and that you can actually inspire others to play black metal?

Absolutely. In fact, a few years back there were no black metal bands at all. But now you have a lot of young black metal bands coming up and although they are scattered at different places around the country, all these bands are making some awesome music, which is really heartening to see.

Judging from the Thane gig, you seem to have a good following in your home territory. But have you had chances to explore other parts of the country when it comes to playing gigs?

Yea, the Bombay crowd has always been extremely supportive of us. And although we had a good following at different cities around the country, it was all before the hibernation. So, now when we start going to different cities it would be like starting off all over again. We are quite anxious to see what kind of response we get, and at the same time we know it’s definitely going to be a lot of fun.

Your set list included a new song at that gig. How much of new material have you written that you still haven’t performed live?

Yes, the new song is called “Crephius-Bringer of the End” and we were really happy we got to play it there, and even the gig before that saw a new song called “Journey”. We keep making a lot of new songs/parts of new songs, and keep scrapping them if we don’t feel satisfied with them. Similarly, we won’t be playing a few of our older songs like “Cry”, “Devil’s Shoes”, “Into the Womb of the Winter Forest”, “Suicide is Art”. A lot of our older fans would not be happy with it but we must say we might have a reprise of some of those songs in some form in the future. 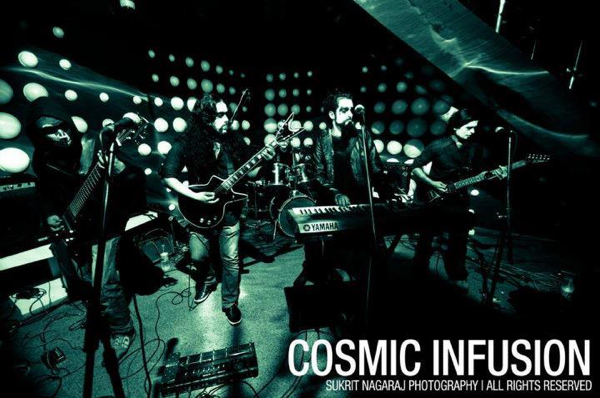 The state of album sales is just sad these days, especially for metal bands. Does that actually discourage you from investing in a studio recording of this new material, and focus on the live performances instead?

Yes. The state of album sales is absolutely dismal at this point, so much so that some of the bands are giving out their albums out for free. Affording a studio for a complete album seems quite difficult right now. But plans are being made to get our stuff out for our listeners, which would really be up to the mark, in some form soon.

As your music is so dependent on the vibe and atmosphere you create on stage, would you be tempted to release an audio or video recording of an upcoming gig, to give people a real idea of what you’re all about?

Indeed, live playing is quite representative of what Cosmic Infusion really is. Our each track is a different story, capturing a story in a song itself is an awesome thing and playing it live you have to really live out the story and make the listener believe and be a part of it. We consider our show to be a successful one when we give out the right vibes out to the audience and similar vibes are given back to us. We shall definitely let you guys at Metal Assault know whenever we plan to do such a thing.

You give such importance to your live show, but we all know that it’s really hard in India to find gigs on a regular basis. Does that make you restless and frustrated at times?

Yes absolutely. We want to spend our energies and efforts on making good music and bringing them out live to the people. But unfortunately right now to keep it going, not only do we have to keep searching for good gigs around the country but also we ourselves have to be the managers, the booking agents, and all the other things that go with it. Which tend to slightly divert your attention from what you really want to do, that is make music. We believe if people actually start showing up in “considerable” numbers to gigs, promoters would definitely want to have more gigs and call more bands.

You mentioned in an earlier interview that you draw inspiration from places and things, rather than other bands. What are some of those places and things that have inspired you to write songs?

These are a few hills and woods close to where we live, those hills are really green for most part of the year and go dry and seem dead during the summers, they give you a feeling of isolation from everybody else and a feeling of being massive and really small at the same time, they are really vast and each time you go there you get a different vibe from that place as if its trying to tell you a different story each time. So, that place and some similar places appeal a lot to us.

Thanks for having this interview and we wish all the very best to Metal Assault too.