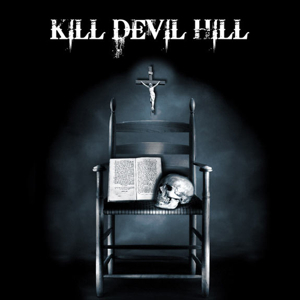 Veteran drummer Vinny Appice, known for his exemplary work in Black Sabbath, Dio and Heaven & Hell, has joined forces with bassist Rex Brown of Pantera and Down fame, guitarist Mark Zavon and vocalist Jason “Dewey” Bragg to create a new entity in heavy metal called Kill Devil Hill. The band has been around for a couple of years now, starting out by performing on the Sunset Strip in Hollywood, and then gradually breaking out into other territories. Now, they are ready to release their self-titled debut album, set for a release date of May 22nd on SPV Records. A couple of days ago, on April 30th 2012, I had the pleasure of talking to Vinny Appice to discuss this debut album, the formative period of the band, touring plans, and more. Enjoy the conversation, and check out Kill Devil Hill by visiting the links below.

First and foremost, the Kill Devil Hill debut album is coming out pretty soon. It must be an exciting time for you, being part of a debut album again after such a long time.

Oh yeah, this is very exciting because it is something new and something basically I started from the beginning. So to see it build and grow into finally making an album and releasing it, it’s really, really exciting. And now we’re playing some gigs, and doing the whole thing. It’s awesome.

Would you say that you’ve been involved with the activities in this band, than any other band you’ve been a part of in the past?

Yeah well, it’s basically the difference between having your own business and working for a business. Before, I played with Dio and Sabbath mainly, both established bands and entities and I had some say in them. More in Dio, with some creative and business stuff, but really not much in Sabbath. So this new band is like, my input is in everything, with business decisions, writing songs, and everything else that’s required in completing the thing. So it’s a lot more work and time involved, but it’s a lot more fun.

So, how long would you say this debut album has taken, in terms of the writing process?

We started writing in the end of 2009, and we continued up until last summer. So for about a year and a half, we kept writing different songs and ideas. Rex wasn’t involved in the band until the beginning of 2011. So, we went through different phases. The first phase was just me, Mark and Dewey. We wrote a lot of stuff, put it together and Rex played on it. And then, we refined it with a couple more songs after that. So all in all, it was probably a year and a half, and we finally went into the studio.

Did you change anything that was already written, when Rex came in? Or was it just a case of writing more songs with him?

No, we didn’t really change anything, just minor little changes. And then Rex put his bass on and played a lot of different parts. The guitarist Mark Zavon was playing bass on the songs we had written. We gave it to Rex to put his own parts on those songs. But nothing’s really changed very much. Very few things.

Obviously you started out playing your first couple of gigs in LA, at the Key Club and the Whisky, and sometime late last year you started playing in other places in the US. How has the response been from people who’ve seen you for the first time?

The response has been great. When we played last year, nobody knew who we were. There wasn’t a buzz about the band and we weren’t out there very much. So went and did a bunch of shows, so as far as people coming out and knowing who the band is, they didn’t really know. So they came out because of my name and Rex’s name, and didn’t know what to expect, but the acceptance from them was great. They loved the songs, loved the band and everybody had a good time. So it was a good experience to interact with the audience, but it will be even better once the album’s out, because people will know the songs and it’ll be more intense when we go out and play. That was last year, and now this year we just came back from doing a couple of shows up in the Seattle area, and once again the response has been great. There are more people coming out to the gigs because more people know the band now, and there’s a buzz about it. So it’s a little bit more known that we are around, even though the album is not out yet. Once the album comes out, it will be incredible.

Yes, I’m sure it will be. Talking of that, you’ve been booked for a small tour with Adrenaline Mob which starts in about ten days. I think that’s a great combination. Both bands keep the music pretty simple and straightforward, playing hard-hitting metal.

Yeah, it’s going to be a good tour, because it’s two bands that came out at the same time basically. It’s a good package, and somebody buying a ticket will see two really great bands and will get to see a lot of well-known musicians all in one show, in small venues. So it will help both bands get people in there, and it will be fun.

Right, I was reading the press release about that tour, and I believe there will be some kind of a jam session after both bands do their individual sets. What’s that going to be all about? Have you been practicing for that or will it be just an impromptu thing?

What we’re going to do is, after each band plays, both bands will come up and jam. We’ll do a couple of tunes, may be from Sabbath, Down or Pantera. Who knows, may be we’ll do some other covers. We’ll play a number of songs together. We’ll switch around, and there will be only one drum set so you won’t get to see two drummers, but we thought it would be a cool way to end the evening. We haven’t rehearsed at all. It’s probably better to decide during soundcheck. It’s more exciting, as it’s less rehearsed, you know. 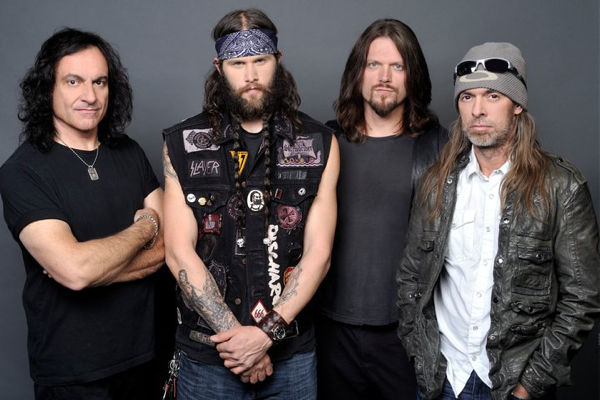 When you write songs for Kill Devil Hill, is it like a spontaneous jam involving the four of you, or do you write your own parts individually?

A lot of the songs were written with Mark and I just jamming in the studio that he has at his house. We jam and come up with different riffs and ideas, and then Mark would add some more to it. Then we arrange it and Dewey adds vocal melodies and Mark helps him with that. And then we play it to Rex, and he might have a suggestion here and there. Most of this stuff was written by Mark, Dewey and me, because Rex came in late. Once we had that material, Rex put his ideas into it. So it’s a whole band effort. For this kind of band to write, we have to jam together in a room and come up with riffs. It’s easier like that, and that’s why it’s more powerful that way.

The one question I wanted to ask you the most is, how are you feeling as a drummer, and how do you compare your drumming to your past years?

Well, I’ve been playing for a long, long time, and knock on wood, I’m strong and in really good health. I always took care of myself physically, and I find myself playing just as strong and hard as I was years ago. I’m really enjoying it, and coming up with different approaches and techniques now. So I’m feeling good, and I still have the fire in me. It’s still burning, and I’m always ready to kick ass. I’m still pissed off (laughs).

With age, I feel that drummers are more susceptible to injuries. Do you feel the risk of injury in your own body sometimes?

I had to go through shoulder surgery two years ago because the drum set that I had with Heaven & Hell, I had all the drums up in the air and I was swinging my arms and shoulders while playing them, moving around all the time, and finally I had a problem with it, so I had to get that shoulder surgery. I did that, and since then it’s been as good as new. I’m really feeling great, and now I don’t have all those drums up in the air. I keep everything closer, and it’s good for the shoulders.

Finally, after this Adrenaline Mob tour and the album release, what plans do you have for the year and what can we expect from the band?

There’s also a thing happening, and it looks like we’re going to Europe in September for about five or six shows. And then there’s talk about a Canadian run, and we’re going to just keep playing. We just want to go out there, push the album, push the band, and build a fan base, so we’ll be playing a lot. And hopefully next year we’ll get on some of the bigger shows and festivals.