Based out of Atlanta, Georgia, ambient hard rock quartet MonstrO have been garnering rave reviews with their self-titled debut album which was released on Vagrant Records last September. To coincide with the release of the album, the band went on tour with Kyuss Lives! and The Sword, a tour that played in packed venues wherever it went. END_OF_DOCUMENT_TOKEN_TO_BE_REPLACED

Former Iron Maiden singer Blaze Bayley is currently on his first ever solo headlining US tour, and as part of this tour, he performed at the Key Club in Hollywood last week, on November 10th 2011. It was an amazing show to say the least, not only because his voice was absolutely great, but also the set list was near-perfect, with a selection of Iron Maiden, Wolfsbane and solo material that left the fans highly satisfied by the time the show ended.

And he didn’t stop even after that. He went straight to the bar, and invited everyone to come over and meet him. He was more than willing to sign autographs and take pictures with anyone and everyone who wanted to do so. He made sure he gave fans the complete Blaze Bayley experience, and showed them how thankful he was for their support. END_OF_DOCUMENT_TOKEN_TO_BE_REPLACED 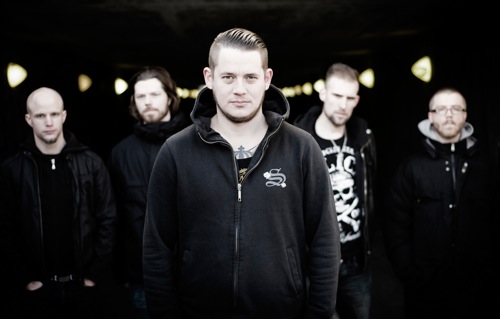 Swedish melodic death metal band Cipher System are back with their second full-length album “Communicate The Storms”, which came out in North America on October 11th, under the Nuclear Blast label. It’s their first album in seven years, and with a new line-up and some newer elements in their music, it’s almost like a fresh start for the band. END_OF_DOCUMENT_TOKEN_TO_BE_REPLACED

If you happened to miss the Destruction tour this year and haven’t been to a show on the current GWAR tour yet, what you have missed is one of the best opening bands I’ve seen all year long, Warbeast. The Texan quintet bring a unique Dallas/Fort Worth thrash metal sound and give the metal masses something crushingly enjoyable, something they don’t usually hear from other thrash bands. END_OF_DOCUMENT_TOKEN_TO_BE_REPLACED

Australian hard rock band Strange Karma put out their debut album “Volume 1” came out earlier this year, and since that release, the band has been working hard to put themselves in front of as many different crowds as they possibly can. They have even toured the United States all on their own, playing gigs at venues like The Roxy in Hollywood, among many others. They are a classic example of a band that’s willing to do whatever it takes. END_OF_DOCUMENT_TOKEN_TO_BE_REPLACED