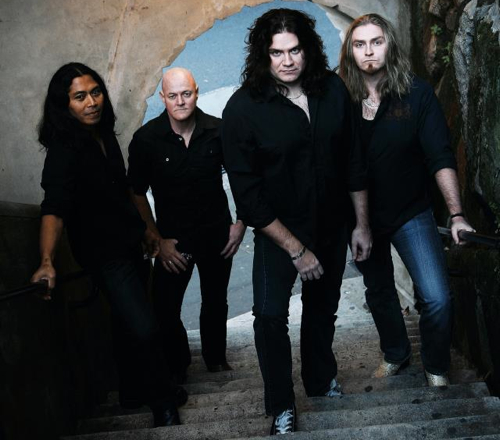 Australian hard rock band Strange Karma put out their debut album “Volume 1” came out earlier this year, and since that release, the band has been working hard to put themselves in front of as many different crowds as they possibly can. They have even toured the United States all on their own, playing gigs at venues like The Roxy in Hollywood, among many others. They are a classic example of a band that’s willing to do whatever it takes.

On November 2nd, they landed again in Hollywood, this time at the Whisky A-Go-Go, and a few minutes before their set, I had a chance to talk to guitarist Paul Strange. We discussed the band’s debut album, new material, touring, the Australian metal scene, and other things. Listen to the 8-minute conversation below, and check out their facebook page for more info.

Strange Karma: Interview With Paul Strange by Metalassault on Mixcloud