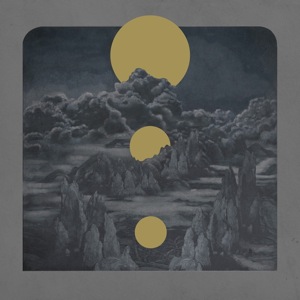 Eugene, Oregon-based trio Yob have perhaps been one of the most unanimously appreciated bands in the stoner/doom realm in the last few years, through great studio albums capturing the doom genre and beyond, and powerful live performances to present this material in front of audience all over. Fast approaching the two-decade milestone in their career, the Mike Scheidt-led Yob are now ready to release their seventh full-length studio album ‘Clearing The Path To Ascend’ on September 2nd via Neurot Recordings, an hour-long sensory onslaught that’s grim, punishing and thought-provoking all at once. On August 8th, I spoke to Mike Scheidt about the making of this album, his thought process behind the songwriting and recording, the current state of the stoner/doom genre and his views on the possibility of a Roadburn-like doom fest in America. Enjoy the conversation below, along with a video of Yob performing the song ‘Unmask The Spectre’ off of the new album at this year’s Roadburn.

Mike, it’s a pleasure to have you on Metal Assault. First of all, the previous Yob album ‘Atma’ which you put out in 2011 was successful in every sense. So when you approached this new one, did you feel like you had to make a bigger statement?

Yeah, we look back at our past material a little bit in reference to what we’re writing, but we don’t really think about having to top anything or trying to cover a bunch of new ground. We just write what’s just honestly coming out of us. I mean, we don’t want to overtly repeat ourselves necessarily, but at the same time you just have to be ourselves here and now. So that’s always the focus.

Right, and in this genre of doom metal, the fans that follow the music and the bands that play this style, there’s a certain expectation. Do you think that makes it easier for you to come up with music, because you’re kind of catering to that audience?

Well, yes and no. I think on one hand we do play into that audience, but on the other hand most doom fans would agree that Yob kind of has a foot in it but a foot out of it too. We play stuff that’s not really genre-specific. I think the doom label is certainly more helpful to describe us than a death metal label would be, but I don’t know that we’re completely doom. So, we just kind of do what we’ve always done, just try to write the material that moves us the most and often there are these long-winded songs that ask a lot of something who’s listening to them (laughs). But that’s kind of what moves us, and I think the genre as a whole has really expanded quite a bit, so I don’t think anyone is shocked by a 15-minute song anymore. Bands have been doing it for 20-plus years, so it’s just a matter of us being as truthful as we can in our music to ourselves, making sure everything we’re doing is inspired, and as long as that’s happening, we’ll be OK. 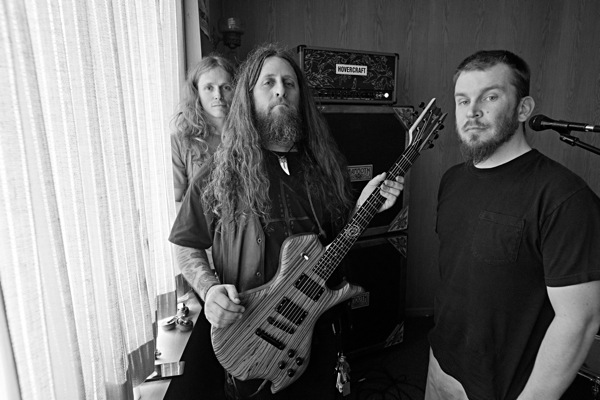 You mentioned the length of the songs which is something I wanted to ask you about. When you’re writing these 16-18 minute jams, what’s that process like for you?

A lot of what I do is in my bedroom by myself with the door closed. I write chunks of arrangements. We do jam things here and there, but for the most part, everything in Yob is pretty composed and I spend a lot of time with collections of riffs, trying to make everything agree with each other, have a flow and an aura to it. Then I bring that back and then we learn it, and whatever resonates with the three of us in a 100 per cent way, that’s what we work on. But yeah, we don’t spend a lot of time jamming around on a riff to come up with a song. That pretty much doesn’t really happen.

So, after you complete a song arrangement with the other two members you don’t do much of post fixation or editing, right?

No, I scrutinize everything, every little detail to the best of my ability. We keep working on the song until we feel like it’s done. We never tried to make anything long. We never set out and say, “We need to write an 18-minute song.” Those words never come out of my mouth. It’s not how it happens. We have, however, tried to write shorter songs before because it would be great to have a song that would fit on a 7-inch or something like that and we do want to try, but whenever I tried to write shorter songs they just ended up feeling like intros and then when I started writing it the way I want to write it, it ends up being 12, 15, 18 minutes long every time. So that’s just kind of how that is, but we don’t leave it alone until it’s done. Usually it’s a pretty evolved process.

When it comes to your kind of music, I’m a really big admirer of how it comes across in the live setting. It’s so much more powerful and expressive. So, do you think it’s a challenge for you to capture that kind of a feeling on a studio album, and is that something that can actually never be fully and successfully done?

Well, we try to make a record as ‘live’ as possible, so in other words we record the basic tracks guitar, bass and drums all at once and we’re all in the same room when we do it. Our amps might be in isolation booths, but for the most part we’re together jamming in the room, doing everything like we’d normally be doing together. That’s part of how we try to have a live feel on a record. Everything is played so when you hear a 20-minute song on one of our albums, we played that start to finish, just like we’d do it live. It’s a lot easier I guess when you really feel your music all the way and you feel a 100 per cent about what you’re bringing into the studio. Then that vibe and that aura is there because you’re excited about it and that makes it a lot easier too. But we don’t think about it too much, just do our very best. That’s all we can do, so we try to keep the worry aspect out of it.

Since the last Yob album, you did a solo album, a VHÖL album and a couple of other things as well. How did that impact the making of this Yob album? Did it help or affect you in any way?

Yeah, every time I do something else musically, it definitely gets into the collective toolbox skill set, because the Lumbar album stretched me in certain ways in what I do and the VHÖL record certainly pushed me in other ways. Doing the Red Fang song pushed me in certain ways and the solo record and touring solo also had a really big influence. So yeah, all those experiences together undeniably goes into my new music. Whether it’s the musical style, the experience of working with other people and doing new things, it all has some measurable effect. I mean, I can’t quantify exactly how much, but I think probably the solo touring that I’ve done might have had the most amount of influence on this new Yob record, but it’s all there.

The album comes out on September 2nd. What are your touring plans after that?

We have 34 shows in Europe starting September 3rd, and then we’ll come home and we’ll do a handful of album release shows and just wait out the winter because I don’t really want to tour the mid-west in the winter. Traveling across Wyoming in February? Forget about it. But we’ll wait till probably March and then we’ll go and do a whole US tour to support the album and there are a couple of festivals we’re looking at. We have a lot planned, actually. It’s a little overwhelming to think about but we’ll just do it step by step.

There’s a lot of interest for this genre of music in America nowadays, even in LA where I’m standing right now. There are so many doom shows happening all the time. That must be an encouraging thing for somebody like you who’s been doing it for a number of years, to see it still prospering like this.

Well the rad thing about doom metal, and I don’t mean this just for Yob but in general, is that there is kind of a reverence for this style that’s growing and it seems pretty genuine to me. But there’s also a reverence for the bands that have been doing it for a while too, bands like Sleep, Electric Wizard, Orange Goblin and bands that have been playing for a long time are getting an opportunity to be a part of the growth and do pretty well, not in terms of making a crazy living or anything like that but just having an audience that supports it and allows you to be able to do more if you want to, and on your terms. You didn’t have to make any changes to make that happen, it’s just something that grew naturally. That’s pretty amazing. We feel really lucky to have any part of that, and for us, our goals are kind of the same, to write the best music we can and make sure that it’s authentic, we’re sincere in it and that we’re true to it whether it’s for 50 people or 500. 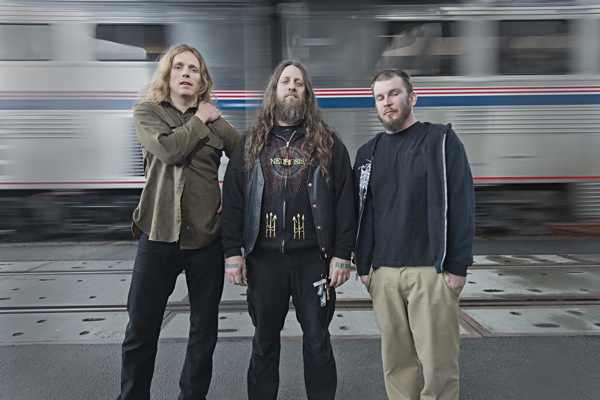 You’re played Roadburn Festival, the mecca of stoner doom music. But do you think something like that could ever work out here, may be even on a smaller scale? I think there’s enough number of bands that are successful at it.

It did exist, for a lot of years. Every year there was a fest called Emissions From The Monolith, and that festival happened in the early 2000s. I think we played it in 2004 and then again in 2005. But during that festival was the first time that I saw Buried At Sea, Orange Goblin, Eyehategod, Today Is The Day played that fest, Dixie Witch and tons of great old-school heavy stoner/doom bands. That went on for years and people came from all over the world because of that fest. But it was when the style wasn’t really as widespread as it is now, so that fest was attended by probably 400 people or something like that but they came from everywhere, and then there was also the Stoner Hands Of Doom fest that went on for a good chunk of time. That was the first time I saw Floor, Asunder, God’s Iron Tooth and a ton of bands. So, it happened but it’s just that nobody really knew about it, not very many people outside of just that group of people that were into it in 2001-05, before the ‘explosion’ or whatever you want to call it. So yeah, I can see it happening again but of course now there’s like one million festivals and people are having a festival overload, so as far as a doom fest, I’m sure it could be done but it’s hard to say how difficult it would be to do.