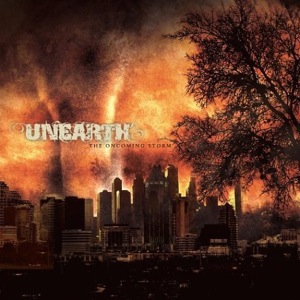 Proudly representing the American heavy metal genre and wearing it on their collective heart and sleeve for the past 15 years, Massachusetts-based group Unearth celebrated the 10th anniversary of their seminal 2004 sophomore effort ‘The Oncoming Storm’ by playing it in its entirety on a North American headline tour two months ago, along with a taste of every other album and a little dose of new material. The quintet has completed work on their as-yet-untitled next album, slated for release later this year. This recent Unearth tour visited Los Angeles for a tremendously successful gig at the Whisky-A-Go-Go wherein longtime Unearth fans were reminded of years past. A few hours before the band took the stage, I sat down with vocalist Trevor Phipps for a candid chat about ‘The Oncoming Storm’, the next album, the metalcore genre and a few other topics. Enjoy the conversation below.

Trevor, it’s great to have you on Metal Assault. On this tour you’ve been celebrating the 10th anniversary of ‘The Oncoming Storm’. How’s that been going for you?

It’s a lot of fun! We’re doing the entire record, and before we kick into that we do five songs just to kind of get the whole show going. We do one song from every other album, including one new song which will be on the next album which comes out in the fall.

What’s the reason for doing ‘The Oncoming Storm’ in its entirety?

There’s a lot of reasons behind it. The original idea was to do just one show in Worcester MA, do a big party and play the whole record there. But then our new album kept getting delayed, so by the time it comes out, that will be over three years between releases. So it was like, we couldn’t really tour on our latest record ‘Darkness In The Light’ again because it’s three years old now. We wanted to get out there and spread the word on our new record by playing a new song each night, so to go along with that we decided to celebrate ten years of ‘The Oncoming Storm’ which came out in June 2004. So it was just a matter of timing. Our new album got delayed, we wanted to do something to promote the new record, so we just kind of melded those two ideas together and that’s why we’re here.

That makes sense. So has the new album been ready for release for a while and did you want to release it sooner than fall 2014?

Most of the music was recorded by June of 2013. I mean, there were some solos and fixes that happened after, but our drummer Nick [Pierce] got hurt the first month. His back got all fucked, so it delayed the process. We had a tour in Europe the following summer, so the record was delayed over a month to six weeks and by the time we got done recording the music, it was time to go to Europe on tour. Our producer Mark Lewis had other projects too, so I had to kind of bounce to Florida when he had time to track for a couple of days at a time. So it was a time-consuming thing. I finished vocals on January 16th 2014, so the record has been done since then, but he jumped right in from doing my vocals to finishing the new Whitechapel record and then he went onto Cannibal Corpse. So it’s been a whole scheduling conflict, and just one thing after another delayed our album. But it’s been done for a while and it’s being mixed right now, finally. It was probably the hardest record for us to make, and we never really had a lot of time because of the delays we had on our side. It got kind of messy. It was a difficult record to put together but by the end of it, I think the songs were all there and it’s a fucking awesome record. So we’re all happy it’s about to finally come out. 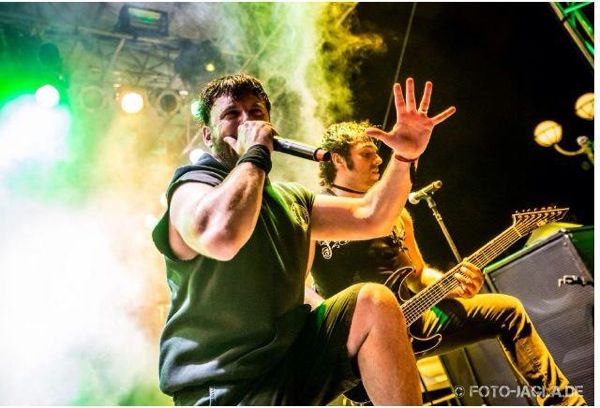 I think this year you did the New England Metal & Hardcore Fest, which is home territory for you. Being as familiar with it as you are, what do you think of that festival?

I love that fest. We’ve played it 6 or 7 times now I think. Scott Lee and Leah Arbano and all the people involved in Mass Concerts put together a great fest every year. It always packs out, it’s always fun!

And this year you also played Alaska and Hawaii, right?

Yeah, it was our first time in Hawaii and our fourth trip to Alaska. We’ve been going there since 2008 and it seems to be a market that we do well in so we keep going back every year-and-a-half to two years. So our fourth time there was killer, but it was funny though because it was early March and still winter in Alaska, and Hawaii was paradise within a four-day period. We took a band photo shot on a boat in the ocean in Hawaii on a booze cruise, and three days later we were in front of glaciers and snow-capped mountains. So it was a really drastic change but it was very cool.

That’s awesome, man. So, the album you’re playing on this tour has been out for ten years now, which means 2004 was ten years ago. It’s amazing to think that and it makes me feel kind of old, not sure whether you feel the same way. As a band you’ve been around for more than 15 years and by now a new generation of bands has come up, some of whom even cite Unearth as an influence. Do you see yourself almost as an ‘older generation’ band now?

Well, I don’t feel old, I don’t think I’m old (laughs), but those ten years did fly by. It doesn’t even feel like ten years. It is cool for us when we hear bands say that we’re a big influence on their sound. That’s something that means a lot to us, but yeah we’re still out here doing our thing. We’ve been touring full-time since 2001 worldwide. This is what we do and we don’t plan on going anywhere for a long time!

Right, and another interesting thing about your career is, when you started out, the term ‘metalcore’ meant something else and I think now it’s evolved and bands nowadays are taking it to a different meaning. Do you think you’re still the flag bearers of the older style of metalcore?

We are [flag bearers] for our version of metalcore, I guess. I mean, you can argue up and down about who started it, if it started in the 90s or the 80s with more of the crossover stuff, but for our sound of metalcore, I believe we were the first ones to mix the Iron Maiden/In Flames style guitar harmonies with the Hatebreed style breakdowns and adding a touch of the American metal riffs in there as well. I think we kind of blended together a sound that hadn’t quite been done yet. Now it has turned into something else. Music always evolves, and there are bands out there that are kind of like copycat metalcore bands that didn’t really do much for a while because you could tell that they were copycats and didn’t have the same angst and fire behind it. That’s what this music is, it’s a real blend of metal and hardcore. If you try to copy metalcore, then it sounds watered down, dumbed down and it’s not as angry, it’s not as youthful. It’s just not the same sound. But now it seems like bands have put their own twist on the modern version of it and it’s going places. I know that people tried to hate on the term for a long time, but as long as you keep on evolving it and reinventing that sound, it’s always going to be something that’s out there. It’s a very popular sound, I mean popular in the underground. Metal doesn’t get mainstream unless you get the rock ‘n roll influence and a little more pop behind it. But this is a sound in the underground that’s not going anywhere. 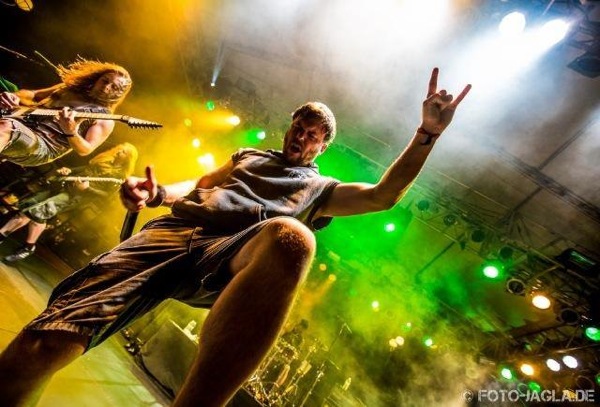 You’re right though, for a while there were a lot of bands that were copying exactly what you started or what bands like Killswitch were doing. As you said, metalcore already is deriving from other things, so you cannot really copy that. Otherwise there’s no originality to it.

That was the big thing for us when we first started to get noticed. At the time there was nobody that sounded like Unearth. So you put on our record and you’d go, “OK, that’s Unearth!” because it was no copycat sound. It was something new and fresh. Yes, metal and hardcore came before us but we put together our own blend of it. That’s what made us stand out from the pack and that’s why we became a touring band. When you try and start copying another band, you’re not going anywhere. I guess that’s the advice I’d give to musicians. You can have your influences and you ca wear them on your sleeve, but try and make your own blend of it.

You were talking about your drummer earlier. He joined Unearth a couple of years ago, so this new record will be his first recording for the band. It’s so hard finding a metal drummer, isn’t it? When you part ways with a drummer for whatever reason and you’re looking for a new one, whoever you find has to be right but then you’ve got to stick to him, because you know you’re not going to find the next guy easily.

They’re the backbone of the band, and I really think that’s why in the Spinal Tap movie the big joke is that they’re going through a bunch of drummers, because that’s what happens. Drummers are usually a different breed of person. They’re cut from a different stone or something, and so when there’s something not right with the chemistry between the band and the drummer, that can fall apart quick. We’ve experienced that four times. Nick is great, probably the most talented drummer we’ve ever had by a long shot, and we get along with him great. We think he’ll be the guy for a long time to come, hopefully.