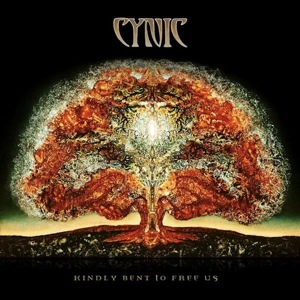 Los Angeles-based progressive rock band Cynic recently released their long-awaited third studio album ‘Kindly Bent To Free Us’ via Season Of Mist, their first full-length effort since the 2008 release ‘Traced In Air’, and as has been the case with every Cynic release so far, this one also sees the band push musical boundaries and successfully carry on their exploratory creative path. A couple of weeks ago, I did a 2-part interview with frontman Paul Masvidal. The first part below discusses the making of the album, Cynic’s fan base, and Paul’s current musical tastes. And check out Part 2 on Guitar World using the link at the bottom.

The new album seems to me like a big musical step for Cynic. Does it feel like that to you as well or is it just a natural course of events in terms of your songwriting?

You know, it feels really organic to me. We pretty much don’t really think about this stuff. I’m always writing, so when we go to make a record it’s kind of pulling and accumulating material from an existing pool. There are certain things intentionally different, specially on the guitar-playing front and whatnot, but to me it feels like a natural evolution of what we’ve been doing and where we’re headed.

This album has taken a while since your previous full-length album ‘Traced In Air’ which came out in 2008. Did that have any impact on the eventual songwriting and is the new album different because you took your time with it?

Well, I feel like the material tells you when it’s ready. So it’s just a matter of showing up and we’ve had a lot of other things happening. We’ve toured quite a bit for the past couple of records and even for the EPs that we did, so for this album I feel that 2012-ish was the time to dive in and really focus on it for a year or so, and we delivered it last summer. So it’s been one of those things where it happened as it needed to happen. For the material we like to take our time with it. I like to kind of step back and listen, see where things are at and then come back to it. There was a lot of that going on with this album, and I think with all of our records but this one in particular. It’s not about trying to meet a deadline per se, it’s more just letting the material tell you or give you an indication of when it seems done. Sometimes it just does take a lot of stepping away and coming back to it a lot over time.

So, was it written in different sessions over a period of time or was there a particular creative period?

Yeah, the material had been gestating and I basically had this stuff around. We narrowed it down from a bunch of stuff to a top 12 or something and then got it down to 8. But the material just appeared as we were listening and going back and forth with it. In terms of the specifics of the time period, it’s all over the place. Some of the tunes are as old as ‘Traced In Air’ and have been around since then, while most of the others were written probably in the past two years. But I think for me they don’t really get finished finished until it becomes a record or when you’re doing an official recording of it. So, all these things that have existed were just raw demos, essentially. In the context of making a Cynic record, I feel like that’s when the song is actualized and you can call it a complete idea with the production. So, in the past year or so we’ve really buckled down, made decisions and kind of narrowed it down to what it is now.

The thing is, Cynic’s fan base is pretty open-minded. That also must allow you to expand your music as much as you want to. I mean, it’s not like Cynic fans are expecting Death-like songs or anything like that.

Yeah, I couldn’t imagine Cynic being any other way. This has always been a project that’s been driven by a creative process, intuition and guts, and just being honest about where we are. It’s never been about being formulaic, and it’s the opposite of that. It’s an outbreaking of rules, getting out of our comfort zones and trying to explore as artists and see where we’re at as people because I think we’re always changing and evolving as artists, so the music is always a direct reflection of that. That’s really been Cynic’s motto since ‘Focus’. We’ve always approached writing that way, just being really transparent about where we are now and trying to document it. 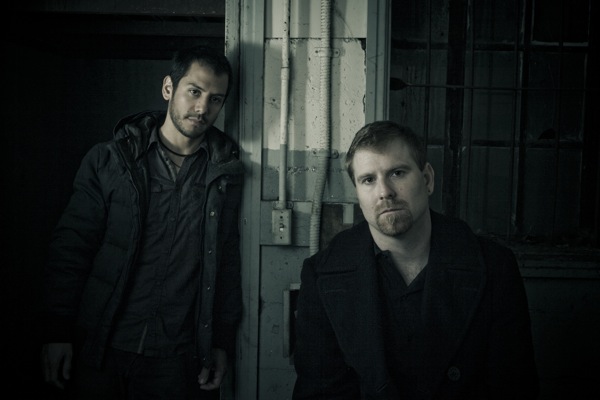 Over the years, your career has progressed through different musical styles. So, how have your personal musical tastes developed and where are you at right now in terms of that?

I’ve been listening to all kinds of stuff. I’ve been going in and out of musical styles throughout my life but as a kid I grew up on classical guitar and I have these moments when I just dive back into classical. I just got obsessed with Bach tunes, and Glen Gould the pianist did these amazing recordings of them. So that’s been a big thing for me lately. And then there’s Atoms For Peace’s last record ‘Amok’. I just saw them play at the Hollywood Bowl a few months ago, and man .. it was just so cool what was happening harmonically, rhythmically, just a lot of really great stuff happening with step divisions, these soaring vocals and really interesting harmonic shifts and changes. I’m really digging where Thom Yorke’s taking things in that band. I don’t know if you know of Steve Reich, the composer. He kind of reminds me of the really busy side of King Crimson’s proggy stuff. He does these rhythmic patterns that get constructed and deconstructed. It sounds like electronic music but done all organically, so you listen to it and you literally think it’s synths and programmed kind of stuff, but it’s all human with real instruments. That’s mainly the vibe he exudes and his music is just really modern and timeless. What else .. I like a lot of psychedelic music too and I’ve been digging the Tame Impala album ‘Lonerism’. It’s just really groovy and has a lot of good energy. It’s one of those head spaces that you want to step into often (laughs) because it just feels really cool. I’ve always been a Brazilian jazz guy so I love a lot of that stuff from Caetano Veloso. I just unearthed a record I hadn’t listened to in a long time and it’s just an amazing Brazilian jazz album called ‘Domingo’ by Gal Costa & Caetano Veloso. It’s full of really heartfelt little lullabies that are folk Brazilian jazz, really sophisticated rhythms, nylon string guitars and really mellow vocals. The vibe is super-intimate and it sounds so simple but it’s really complex. Harmonically and rhythmically there’s a lot of stuff happening that make it sound really effortless. I love the stuff and I think that’s what Cynic is trying to do a lot of the time, make it sound simple but if you really break it down it actually isn’t.

Check out part 2 of the interview on Guitar World here.