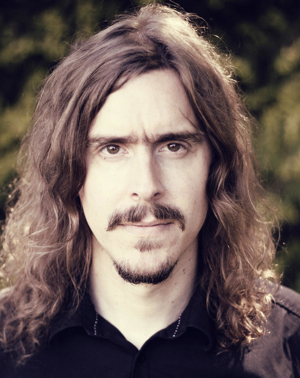 Swedish progressive metal band Opeth have never been one to shy away from making bold moves creatively, and their latest album ‘Heritage’ was a classic example of just that, receiving mixed reactions from their fan base but an album that vocalist, guitarist and principal songwriter Mikael Akerfeldt and his band mates enjoyed making. Now, Opeth are putting the finishing touches to their eleventh, as yet untitled studio album, and once again, it’s something fans are looking forward to with great curiosity. A few days ago, I spoke to Mikael Akerfeldt for a 2-part interview to discuss this new album in detail. Check out part 1 below, and part 2 on Guitar World using the link at the bottom.

Upon listening to your new album, I felt that it has a very similar vibe to your previous release ‘Heritage’. Would you say it’s a continuation of that album in that sense?

Yeah, to a certain extent. I mean, it’s the next album so I guess it’s closer to that album than say the first album. But I’d like to think there’s an upgraded sound, and by that I don’t mean a modern sound. We were looking at some of the late 70s and early 80s production, and that’s what we were going for sound-wise and it’s one of the reasons why we ended up recording at Rockfield Studios in Wales which is a legendary studio where many of our favorite bands recorded. So musically I guess you could say it’s similar to Heritage but I’d like to think it’s more hard rock and metal sounding. We also have something new that we didn’t have before in certain songs. I don’t really know what it is, which I like. I like to either recognize our sound or to hear something completely new, and I think we have both on the new album.

So, would it be fair to say that people who liked Heritage would like this new album as much, or even more?

Yeah, I hope so. I hope everybody will like it, of course. I think it’s probably a bit easier to get into because it’s a bit more melodic. There’s definitely more attention to melodies and I wouldn’t say it’s an easy-listening album at all, but there’s more melody than ever before, not just ‘Heritage’. I’m hoping that people who liked ‘Heritage’ will like this one too and also fans who liked the old shit will hopefully like this one as well, and may be some new fans. You never know! 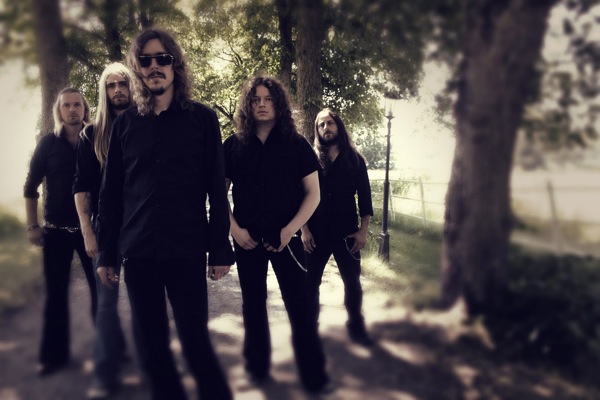 Right, but I’m sure you’re aware that with the musical direction you took on ‘Heritage’, you polarized Opeth fans to some extent. By now, are you at peace with the fact that some people who like this music and some won’t?

Yeah, that’s always been the case. It wasn’t something that happened exclusively for ‘Heritage’. We got that reaction from old albums too when they came out, like ‘Blackwater Park’. A lot of people didn’t like that album, and it was the same for ‘Ghost Reveries’ and some of the other albums we’ve done in the past that are now considered to be some of our best stuff. They got negative feedback when they were released. I think ‘Heritage’ probably took longer to settle in with our fan base because of the fact that it was a different-sounding record for us, but I think it’s settled in now. People have warmed up to it with time. I mean, there are still people who hate it of course, but I think there are people who initially hated it who now love it.

Talking of artwork, the cover art for ‘Heritage’ was very impressive and I think it’s the best you’ve done so far. For the new album, have you thought of ideas yet or are you still far from that process?

No, we have a concept that we are working on with Smith again, who did the ‘Heritage’ cover too. I think it’ll be of a similar style to a certain extent, but also different. I’m looking for more of a medieval-thinking look, and it’s going to be like a gyst of three different paintings next to each other. So that’s what’s going to be on the cover. It’s pretty far from done now, so we still have a lot of work to do. But I agree, Heritage for me was an amazing cover for a record. If we end up doing something that kind of resembles that, I’ll be happy. But the idea is to have something that looks a bit more medieval this time around.

Very interesting. Yeah, I have the Heritage shirt which I got at your show a few years ago, and when I wear it out, people who even have no idea about metal or Opeth, they notice the shirt. That’s the kind of impact an album cover should have!

Yeah! (laughs) It’s just such a beautiful piece to look at, I think. It’s also fun in a way. It’s got so much symbolism going on in that picture. I absolutely love it, and Travis did a fucking fantastic job coming up with it. I mean, I had the concept but he realized it and it was just amazing. So we’re hoping we’re going to be as lucky with the new one.

Check out part 2 of the interview on Guitar World here.