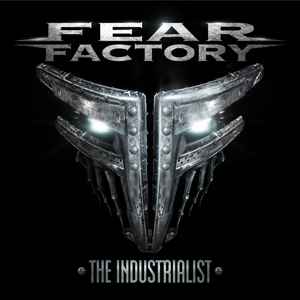 Los Angeles industrial metal veterans Fear Factory put out their eighth studio album ‘The Industrialist’ via Candlelight Records last year, and have just concluded the touring cycle for that record with a North American tour as support act to Megadeth. Following the completion of this tour, Fear Factory is focussing on a big headline gig at the Whisky-A-Go-Go in West Hollywood on January 18th, which celebrates the venue’s 50th anniversary and promises to bring forth an old-school Fear Factory set. On December 17th, when the Megadeth/Fear Factory tour visited the Grove of Anaheim, I sat down with guitarist Dino Cazares to discuss the tour, the upcoming Whisky show, his past experiences at the venue, Industrialist, the next album, and more. Enjoy the conversation below.

How are you doing today, Dino? Good to see you again.

I am great! I’m happy to be home in LA and obviously all my friends and family are coming today. We’ve been tour now for like five weeks and we’ve got a couple more shows left. The tour has been amazing the whole time and it’s cool to be home.

You’ve been doing this tour with Megadeth, and I think a few years back Fear Factory was on Gigantour with them. But since then you haven’t really done much touring with them, so it must be good to be doing a full tour with them now.

When Demanufacture first came out in 1995, the first tour that we did was with Megadeth. And then in 2004, Fear Factory did Gigantour but I wasn’t on the tour. A different version of the band was on that tour, and as far as I know it was pretty successful. And then now we’re on this one. I’m glad we didn’t go Gigantour this year, as it’s better for us to support them directly.

How long have you been playing every night on this tour, 45 minutes? 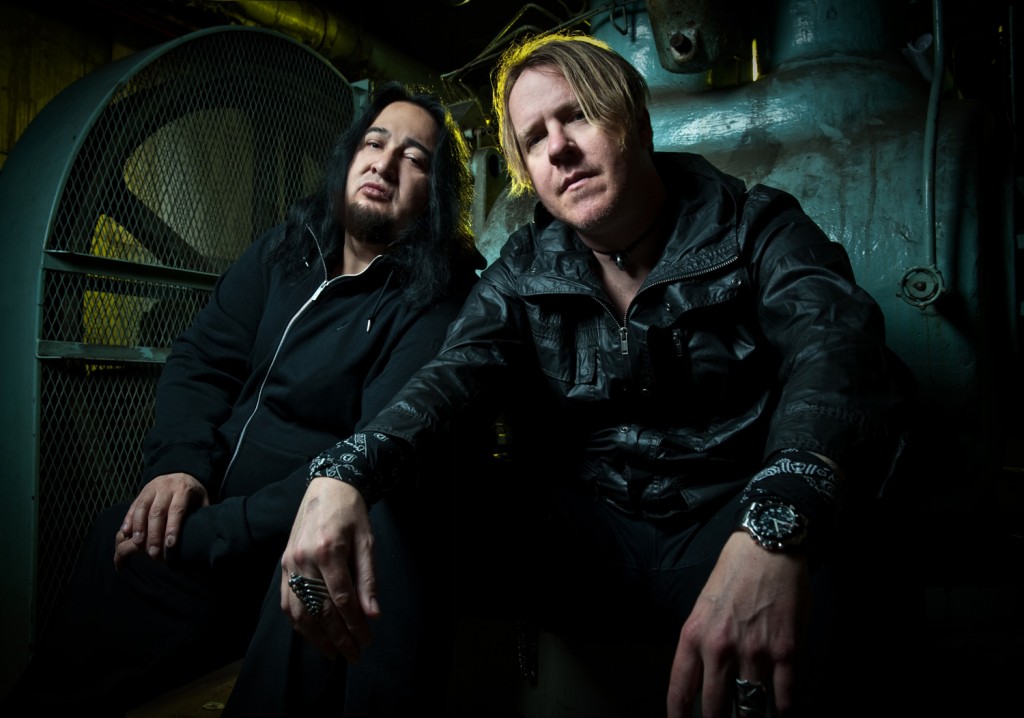 So, are you still on the touring cycle for The Industrialist or is it all a mixed bag at this point?

Right now it’s still for The Industrialist but starting January it will be a whole new ball game. We’re doing a show January 18th at the Whisky-A-Go-Go. It’s for their 50-year anniversary, and we’re actually playing on the day they first opened, exactly 50 years ago. It’s a Saturday too. We’re doing that one and it’s just going to be a free-for-all type set with a bunch of old songs that we haven’t done in a long time. Shortly after that, we do the 70000 Tons Of Metal cruise, and we’re only doing the whole of Demanufacture on that one. And right after that, in February we’re going to start working on a new record and hopefully it will be out sometime later next year. But, 2015 will probably be worldwide Demanufacture tour. It will be the 20th anniversary of the record.

That’s something for fans to look forward to, and I think it’ll be the first time you’ll be doing an anniversary-themed tour. A lot of bands do it but you haven’t really done anything like that.

We’ve done it only in Australia. We did five shows. Now we’re going to do the boat. But other people have been complaining, and it’s not a 100 per cent set in stone, but there will be some Demanufacture somewhere.

Australia really seems to love you guys. Probably your biggest fan base at this point is over there, right?

Yeah, I would say Australia and parts of Europe are our biggest fan base. Australia was the first country that we have a gold record in. Demanufacture went gold. Obsolete went gold, and so did Digimortal. So we’re just very well-known there.

Gold in terms of actual album sales and not illegal downloads, right?

It’s cool that you’re actually getting the exact 50th anniversary show at the Whisky because they have a month long of celebratory shows, but January 18th is the day it opened.

Yes, January 18th is the actual day it opened 50 years ago. That’s a long time for a club to stay open. It’s considered a landmark by the city of Los Angeles, a historical landmark. I’ve been going to the Whisky since I was 16-17 years old, sneaking in shows, sneaking beers, getting high and drinking with my friends inside there, and seeing all old-school metal bands, hair metal bands, to everything. It’s definitely a home for us. Some of our early Fear Factory shows were at the Whisky.

So you’ve done the whole nine yards over there, from sneaking in to playing on stage as a headliner.

Yes, and becoming friends with the family that owns it! 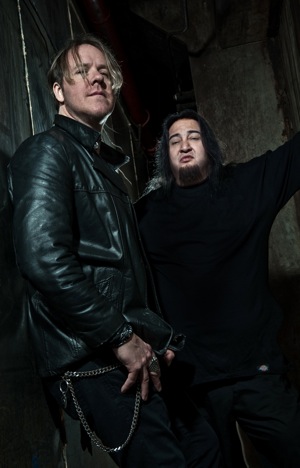 I’m glad you actually confirmed that you’re playing that show because there’s been rumors saying that you’re not playing, and a few people have been asking me about it.

Yes, we’re definitely playing it. I know there’s been flyers at the Rainbow and certain other places but we were really not going to start pushing it until after this Megadeth/Fear Factory show in Anaheim. But we’re going to be mainly doing a lot of old stuff at that Whisky show, from the first album Soul Of A New Machine to Demanufacture. So people are going to get a full 20 songs. It’s going to be a long set!

Obviously the Whisky is now coming up to completing 50 years, and you said you’ve been going there since you were 16, so what was the first show that you saw there, if you remember?

The first show I saw there? Well, the one band I can remember, it was a local band called Snare. They were kind of like a Motörhead-type band. They’re friends of mine, I met them in Hollywood and I went to their show. That was probably my first show. But I’ve seen so many bands there, bands you’ve may be not even heard of. Savage Grace, which is like old-school metal, then Malice, Helix, and bands like that. But the first metal concert I’d ever been to in general, not at the Whisky, was Venom, Slayer and Exodus at the Hollywood Palladium, 1984! Best fucking show I’ve ever been to in my life.

That’s amazing. It’s cool you mentioned that because I’m actually going up to San Francisco this week to see Exodus. They’re doing a one-off show at Slim’s on Friday. I spoke to Gary this morning to.

Oh shit! I love Gary. Definitely that first Exodus record had an influence on my playing, for sure. I mean, you might not necessarily hear it in my playing, but for a while Exodus was my favorite band. When Bonded By Blood came out, the only other thing that could compare to that came a little after it, and it was Reign In Blood.

And it’s funny that he’s tied into both Exodus and Slayer now, right?

Exactly! And shortly after that, D.R.I. came out, and it just kept growing from there.

And last thing I’d like to ask you is, you mentioned earlier that you’ll be working on a new album early next year. What’s the progress on the new material? Have you started writing anything yet?

Yes, we have started writing. It’s probably more along the lines of Mechanize, more like ‘Fear Campaign’ with more riffs and stuff like that. On The Industrialist, we kind of took a different direction and wanted to make it more industrial. It’s still pretty heavy, but probably less groovy. We obviously used a drum machine on the record and a lot of people were upset about that.

You took the meaning of ‘industrial’ to the literal sense by using a drum program.

Exactly! So a lot of people really got upset about that and now we’re going to have a real drummer on the record. So it’s going to be more of a classic live but tight Fear Factory sound.

You didn’t regret using the drum machine though, right? You are just keeping in mind people’s reactions.

Correct. When you’re in this business, you kind of have to. If we did it again, who knows, people might have an even worse negative reaction.

It is important. Even if you see Megadeth, they hardly ever changed their set lists, but on this tour they have. So they’ve listened to people.

That, and may be also because there’s heavier support bands on the bill like us and Nonpoint. But, we’ve also added some Archetype songs in the set list even though I wasn’t on the record. We played it because some of the fans wanted to hear it. not on this tour but in general. We started playing some of those songs earlier this year when we were in Australia and then in our headling sets we played them too. I don’t have a problem playing it. In the beginning when I first came back into the band, I was like, ‘Naah, fuck it. I wasn’t on that record.’

Yeah, I remember interviewing you three years ago at the House of Blues and you had told me you don’t really play ‘covers’.

Yeah, correct (laughs). You know what, you’re right. A while ago I was saying that, and then a lot of kids were saying they like certain songs from that record. So I decided to play it and told Burton, but he didn’t want to. So then some more months went by and we didn’t play any, and I said, ‘OK, look. We’re going to Australia. Let’s add these songs.’ He agreed and we finally added it, and people were happy. Look, even Bruce Dickinson does all of the Paul Di’Anno and Blaze Bayley songs. He once said, ‘If I’m man enough to play it, you’re man enough to listen to it.’ He didn’t care! So after I heard that, I was like, ‘You know what, let’s just do it!’ We did it and it’s worked out to our benefit. But we haven’t really had that much time to add those songs for this tour. We actually did start with some of them but we noticed that the reaction wasn’t as big. So now we’re just playing songs for which we get an immediate reaction, because we’re playing in front of a lot of people who’ve never heard of us. Megadeth has an older audience or may be a new school of thrash kids who’ve may be heard our name but not the music, something like that. So we decided to stick with the hits, the immediate songs that kids are going to react to, like ‘Shock’ or ‘Edgecrusher’. People love those songs.

That makes sense. Well, I think that’s all I have for this interview. It was good talking to you, as always. Have a great show tonight!

Thank you very much, and I appreciate you supporting the scene as you do!