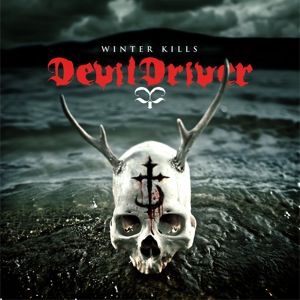 Southern California’s modern heavy metal mainstays DevilDriver are ready to release their sixth studio album ‘Winter Kills’ via Napalm Records on August 27th. One of their most dynamic records till date, this one retains the DevilDriver vibe but also does certain things differently. Besides the studio albums, the stage is where these guys really win over new fans each time with their high-octane shows. This hard-working band will be doing a co-headline North American tour with Trivium and support acts After The Burial and Sylosis, which will run through the continent starting September 12th through to October 17th. A few weeks ago, I spoke to vocalist Dez Fafara about the new album and more. Check out the conversation below.

Your new album ‘Winter Kills’ is coming out on August 27th via Napalm Records. I was listening to it, and I think it’s pretty dynamic. It’s very raw in many ways but it’s also melodic. Would you say that’s a fair description?

Yeah, absolutely! It’s got a lot of presence to it. It’s upfront and not over-produced. The vocals for pretty much every single track were recorded in first takes, so it has a very ‘live’ feel. It’s full of groove and hooks, and has very tight arrangements. So yeah, that’s a fair assessment.

Talking of the past two records, ‘Pray For Villains’ was a pretty melodic, metalcore-type album but then ‘Beast’ was a lot heavier, and now you are coming out with ‘Winter Kills’. What would you say about the musical changes from album to album? Are you going heavier with each one?

Well, I wouldn’t exactly say that. I think DevilDriver has a signature sound that drives every single record, but then every record has to be different. So if you listen to ‘The Last Kind Words’ and then ‘Pray For Villains’, they are very different. And again ‘Beast’ is different from ‘Pray For Villains’. That one for me was definitely a more melodic record, and Beast was a more ferocious, volatile, almost punk rock record. We tend to not make the same piece of art twice, so that’s where we are with that.

In terms of your vocals on this album, physically how did the challenge compare to what you did on previous albums?

Oh, I found myself extremely focussed on this record because I built a home studio. You’d think that placing yourself in an unfamiliar environment away from home would actually add to that raw feeling or that pushing edge that blues, punk rock and metal need when you’re recording, but I found that it was quite the opposite and working in that manner was taking me away from that feeling. So I built my home studio and what I found was focus. I got almost all of it in first takes. If we didn’t get something in the first take, we would start with it again the next day itself because I wanted to keep that vibe going. Vocally, I think the songs have hit the mark on this album and combined well with the writing of the other musicians in the band. All around, I’m really happy with this record and I’m excited to put it out.

Lyrically, what are the things you’ve written about?

I’ve spoken about everything from the metaphysical to the day-by-day plight of being human. So I’ve tapped into daily life examples, spirituality and a whole round of subjects. 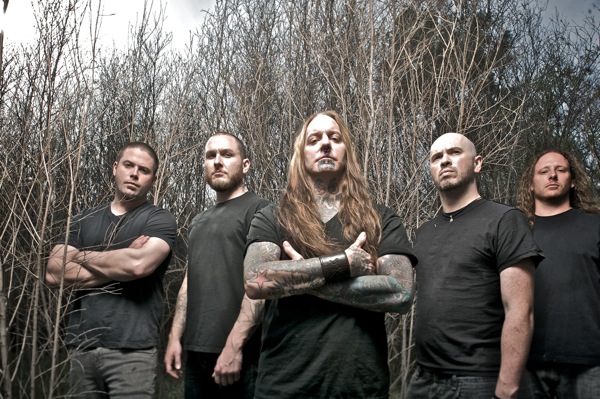 This is your first release on Napalm Records. Before you started writing or at any time during the process, was there any directive from them as to what they expected from you or did they just let you run with whatever you wanted to do?

Well, we’re with Napalm here in the States and overseas, we’re also with Roadrunner Records and Warner Bros in Australia, and we signed with Metal Blade for Japan. So, I don’t think any of our label partners were telling us what to do. We knew we had a record in us even before we were making any of these deals. We knew what we had to do and we had to really come to the table. For a lot of bands, the first two records are great and then everything after that is an attempt to follow or match that. I don’t think DevilDriver is one of those bands. I think we keep getting better on each record, each record has our signature sound, but there is evolution and growth in the band each time. Any time there’s growth in art, it’s better. So, the labels just expected us to deliver whatever we were going to do art-wise.

While I was listening to this album, I came to realize that you’ve been around for more than ten years now. It kind of feels strange and surreal because it seems almost like yesterday when DevilDriver started out, right?

Yeah, I’ve been around in music for almost 20 years now and I just think that time moves on. You try to add a relationship in time with people by putting out art, and we managed to do a record every two to two-and-a-half years which I think is absolutely perfect. As a music fan when bands make me wait four or five years for a new record, I become disinterested completely. So we put out music any time we can, and we tour harder than any band on the planet. I don’t think there’s a band that plays as many shows a year or covers the ground or miles that we do. That being said, we just keep doing what we do, really.

With ‘Winter Kills’, this will also be the first time you’ll ever put out a double vinyl gatefold for a DevilDriver album. Do you collect or listen to vinyl yourself?

I do collect vinyl! It’s funny you ask that because I just started re-collecting vinyl three months ago. My kids wanted a record player, and I got about 700-800 dollars worth of vinyl already. I’ve got every record I grew up on, and my parents’ record collection that I grew up on. So I’m a collector and it’ll be good to see our own stuff on vinyl. I have seen DevilDriver records on vinyl as bootlegs, but now it’ll be good to officially have that outlet for listeners.

So, as you mentioned, DevilDriver does a lot of touring, and often as support act to bigger bands. Most of the time I’m sure you get good responses from the fans of those bands, but have you ever had any bad experiences?

Well, we’ve never had anything like that. We’ve played with bands that don’t even fit with us. We played with everybody, specially overseas. We’ve done tours like DevilDriver-Clutch-Asking Alexandria (laughs). Everybody sounds so different and the vibe for every band is so unlike the others. You’ve just got to do your own thing and make sure people have a good time seeing the band. We put on a good show with good energy. If you like a good groove and if you like heavy metal, you’re going to like what we do.

Related to the touring bit, I also wanted to ask you about your own preparation. Is there anything you do in particular to get ready for a show?

I’ve got to perform for people who’ve paid their hard-earned money, so I do my best to prepare. I like to have a glass of wine, may be a little bit of cognac before a show, and kick back with friends. Basically it starts about 3 hours before a show. Get up, get dressed, get ready, and like a said, have a glass of wine and just get ready to go out to the show. I try to put myself in auto-pilot mode (laughs).

That’s cool, man. Another thing that’s coming out with the deluxe edition of this new album is a DVD with 45 minutes of live footage. What show is that from?

That’s from a small club in Germany, raw as all hell. No overdubs, nothing. It’s straight 45 minutes, no edits, in your face. It was real easy for us to just do a show like that and film it. A lot of bands try to make themselves look huge when they’re filming a show, to make it look like that’s how the whole tour went, which is a false conception. If you want to see DevilDriver, our best is in a club with people who want to get into the music. It’s in your face live, no barricades. We’ve always wanted to put out something raw, and we’ve done that with this DVD.

Dez, it was great talking to you. Thanks for your time and all the best with everything!

I appreciate it, bro. I hope everyone enjoys the record. The band worked really hard on it. I’m blessed to be surrounded by great friends and musicians. We’re looking forward to get this record out!