Longstanding death metal band Nile are ready to release their seventh studio album “At The Gate Of Sethu”, which comes out on Nuclear Blast Records on June 29th in Europe and July 3rd in North America. Boasting of a more organic sound as compared to the previous couple of albums, along with some different vocal approaches, and a killer cover artwork to go with it all, this one promises to be an instant success among fans old and new. A couple of weeks ago, I caught up with Nile mastermind Karl Sanders to discuss this new album, the recent India tour cancellation, and a couple of other things. Read the conversation below, and check out the band’s facebook page for more info on the album and tour dates.

The first question concerns your fans here in India. The tour that you were supposed to do here last month was canceled because of visa problems, which was really unfortunate. What was your reaction when you found that out just a few days before you were supposed to play?

Well, I was really pissed. We are very angry about the entire situation. We’ve been struggling for over a month at the Indian Embassy, and they caused so many problems. We tried for our visa eight times, and each time they made us fill out the paperwork, and again, and again. So, we did everything they asked. It cost us money, rehearsal time, and time when we were out on tour in America, filling out visa forms all the time. It was a headache. So when it came down to the last minute, we were still keeping our hopes alive but finally it gets turned down the last time. They didn’t give any reason why they turned it down, because there was no reason to turn it down.

Is it more frustrating when such things happen, that are out of your control, when all band members are available to tour, and when you obviously want to tour?

Of course, it’s very frustrating. It’s heartbreaking. It’s a big messy inconvenience. We had to reschedule all our flights because they kept us hanging till the very last minute. It would have been better for us if they had just told us, “Fuck you, you can’t come in”, when we had applied the first time, instead of making us wait eight fucking times. And it’s even more frustrating because we’d been waiting for a chance to come to India for years now. 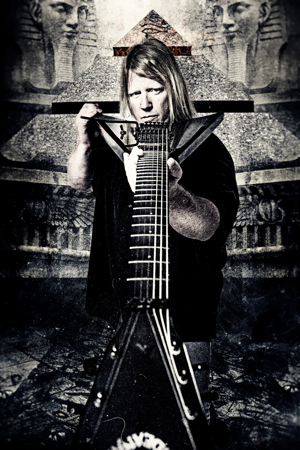 Anyway, you did play some shows on that Asia tour. I think you went to Singapore, Indonesia and Thailand. What were those shows like?

Those shows were pretty darn good. In Jakarta, Indonesia, there were 30,000 people there that night. Suffocation, Nile, D.R.I. and a lot of other bands played. 30,000 people right in the heart of the city. It was a very cool experience.

That’s awesome, man. That’s a pretty big crowd. As you mentioned, you were doing a US tour in April with Black Dahlia Murder. That must have been cool too because you played to a new crowd as Black Dahlia Murder was the headliner, so it was not entirely your fanbase.

Yeah, that’s why we did the tour. We wanted to grow our audience and make new fans. The Black Dahlia Murder fans are really young, so it was good. Fans were coming up to me and saying, “I’ve never heard of Nile before”. Or they would say, “I’ve heard of Nile but I’ve never actually heard your music”. So it was a great and positive thing to reach out to new people.

Coming to the new album, “At The Gate Of Sethu” is coming out in a few weeks. I was listening to it, and I think it’s a bit more organic than your previous couple of albums. So would you say that it’s more like an early era Nile album in many ways?

I’d say, yes. That’s true. There are a lot of old elements incorporated along with the newer ones. We wanted to do things compositionally that would appeal to Nile fans no matter which kind of Nile fan it is, whether it be the older Nile fan or the newer fan. Everyone can find something to enjoy on this new record.

As for your own vocals, do you think it’s naturally changed over the past few albums?

Well, I hadn’t been doing too much vocals on recent albums, so that is one thing we wanted to change. Everybody in the band was of the opinion that we should make better use of my vocals. On this album, there are some vocal styles that I haven’t used on Nile records in a while. We’re also now using Todd Ellis as our third vocalist, so we wanted to expand on the vocals with this album, to try and put in a bit more variation. Of course there are death metal vocals on this record, but there’s also the mid-range kind of sound. And there’s also a little bit more clean stuff. So I think you can definitely say that we’ve gone in with more variation on the vocals this time.

In terms of the artwork, I honestly feel this is the best album cover that Nile has put out. What was the process behind designing the artwork. Was it like your thoughts being translated by the artist?

When our drummer George Kollias told us that the artist Seth Siro Anton was interested in doing the cover for the record, we were very excited. I, in particular have been a Septicflesh fan for many, many long years. And since Seth has worked with that band, I thought this was a really great idea to have him on board for our album. We gave him the lyrics, let him hear the music, and he came up with the ideas on his own, and I was like, “Fuck Yeah! Just do whatever you want!” And it turned out great. 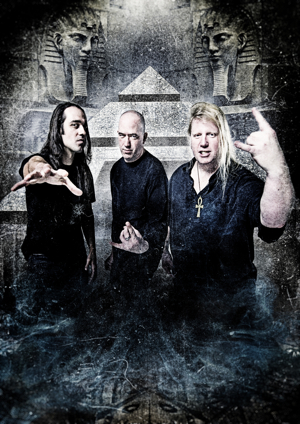 After the previous album was released, you guys have toured a lot, probably more than ever before. Did that make it hard to write this new album or was it just a usual thing for you?

We don’t write songs while we’re on tour, so in that respect it was kind of like, we had to wait till we finished touring to start the writing. By the end of the touring cycle, I in particular was not very healthy, and was suffering from tour sickness. When you’re always touring, you can never get rid of the tour sickness. It just keeps getting worse. So after we completed the last European tour, I took a month to rest, and then I started writing songs in May of 2011. I kept working on that, and finally we finished the record in March of this year. So it took ten months from the start of songwriting to the end of mixing.

That brings me to the question of, have you ever had to work under deadlines from the label or has it always been comfortable and flexible with them?

I remember for “Ithyphallic”, we had a iron deadline because immediately we were going on the Ozzfest tour. So the record had to be ready in time for Ozzfest. So that’s a huge deadline. Same thing with “Those Whom The Gods Detest”. We had a deadline on that, and it was very stressful. This time around though, the only deadline was the fact that we had to hurry up and get it finished in time for the Black Dahlia Murder tour. So that was a little bit of a deadline but we kind of knew about that for a long time, so this was more of a relaxed deadline.

Finally, what plans do you have for promoting this album on the road?

We’ll be doing some summer festivals in August, and in November-December we’re touring with Kreator and Morbid Angel in Europe. Then we’ll be headlining America in February and March of next year. We’re talking about South America for the Spring time 2013, and we’ll be hoping to work our way into Australia, New Zealand, Japan, and hopefully try and come back to India. We’re really mad that we didn’t get to come! We feel like we really got fucked over by the government. So we’ll try again, and may be things will go better. All we can do is try.