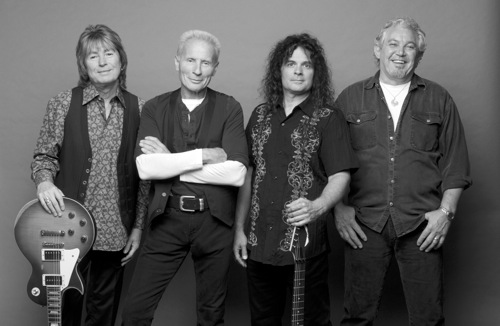 Classic hard rock legends UFO have been around for more than four decades, but even at this stage of their career, they continue to release new material at a prolific rate. Their latest album “Seven Deadly”, set to release in the US on February 28th, is solid proof of the fact that this group of musicians still has what it takes to write great music, music that shows their maturity, but largely satisfies their fans at the same time.

Just an hour or so ago, I had the pleasure of talking to drummer Andy Parker to discuss this album in detail, among other things including last year’s Hollywood show. Listen to the 18-minute conversation below, and for more info on the new album and tour dates, check out their official website.

UFO: In-depth Interview With Andy Parker by Metalassault on Mixcloud