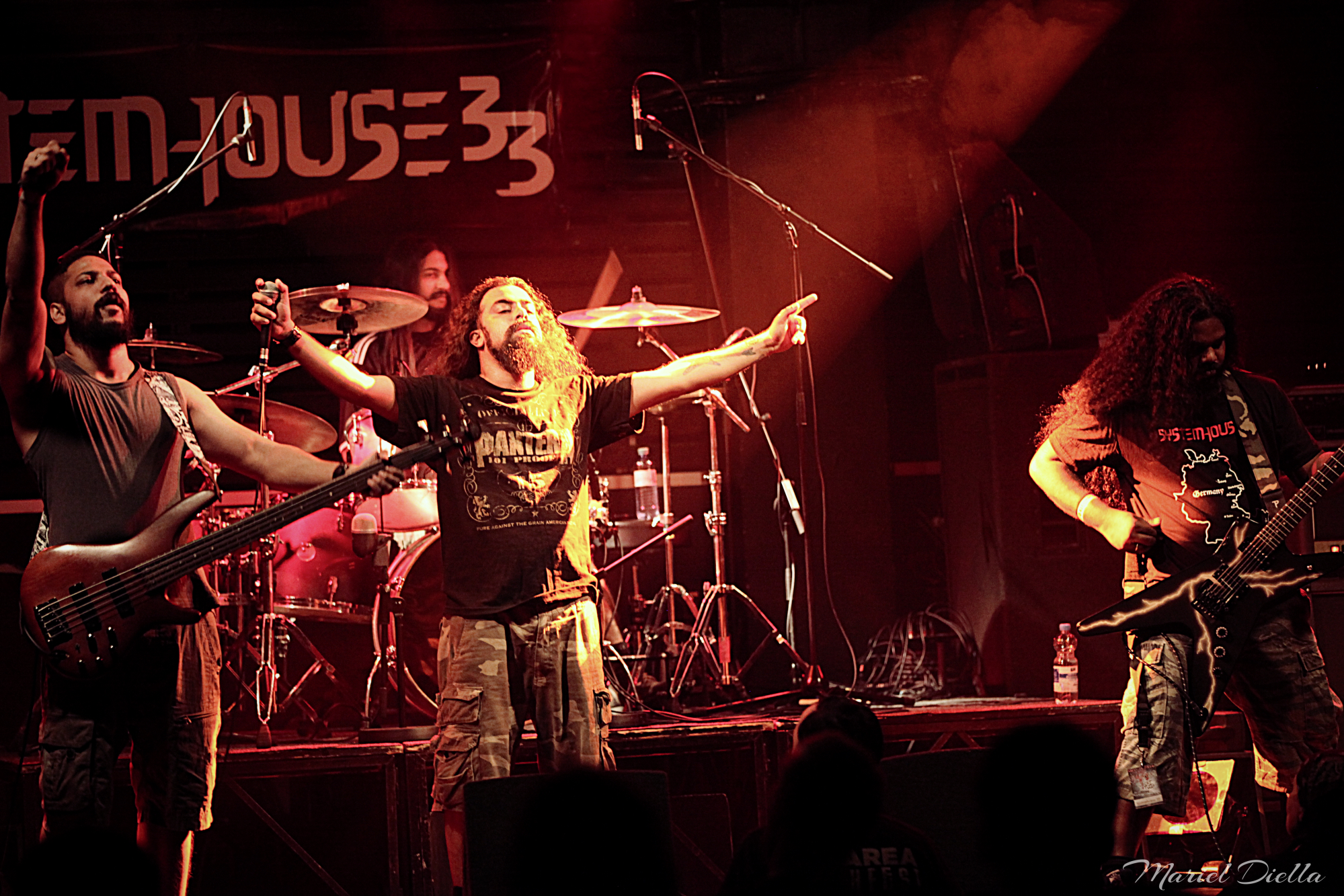 Hailing from Mumbai, India, death/thrash band SystemHouse33 followed up their adventures in Europe in 2015 and recently completed their first ever U.S. run of shows, as successful participants in this year’s Metal Alliance package tour featuring headliners Dying Fetus and support acts The Acacia Strain, Jungle Rot and Black Crown Initiate. SystemHouse33 played the last 17 shows of the eight-week tour, and garnered a positive response from extreme metal hungry audiences across the States. Besides, the band also released their fifth full-length studio album ‘Regression’ independently in January 2016. Vocalist Samron Jude spoke to Metal Assault to reflect on the Metal Alliance tour, discuss the new album, future plans and other things. Enjoy the conversation below.

First of all, can you describe your recent U.S. touring experience? What was that like?

SystemHouse33’s USA tour was surreal and overwhelming in a good way, we got to play with one of the biggest death metal bands around, Dying Fetus, as well as other great bands The Acacia Strain, Jungle Rot and Black Crown Initiate, not to forget the bands that opened for us at every show. There was a lot of focus on the Metal Alliance Tour and a lot of people came for our shows. For a band like us from India to get such exposure, it has changed the way we look at things, what it means to be in a band as well as the future plans and vision of SystemHouse33. Meeting the amazing people that came to our show and on the road, was an experience we will not forget.

You are one of the first Indian bands to do a full tour of the U.S. Most of your fellow Indian bands haven’t been able to embark on such an adventure, and that’s obviously for a good reason. It’s logistically difficult for an Indian band to plan out a U.S. tour. What are the steps you had to take to pull this off successfully?

I believe Skyharbor has toured America, but considering all band members aren’t Indians, that does make SystemHouse33 the first metal band from India to complete a successful USA tour. It is very difficult to do something like this, as it is a giant leap for musicians to plan and execute this, more so in another country. The main challenge was getting a road manager and we were lucky to get someone with us who has been doing this for 32 years, his name is Sleiz (name given by Motörhead’s Lemmy) and he has toured with the big names of the industry from Motörhead to Whitesnake. We had to make sure that we were focused in everything we did on tour and the best of health, as it is very easy to take ill, so we ate well, exercised and jammed before tour, as you can see in the tour photos. We were so pumped and came to the stage where we felt we could do 20 more days of tour (laughs).

SystemHouse33 have been around for thirteen years and it has taken a lot of perseverance and hard work for you to get to this point. What kept you going all these years? Were there times when you felt like giving up?

Thirteen long years indeed, and every step of the journey has been a lot of hard work, and perseverance right from shifting to the city of Mumbai from the small town of Nagpur, to touring Europe and America, and I believe it will get better as we put in a lot of time and work in the music. As metal fans ourselves, we know what people want to hear and how to have a good time, so that flows in to our music and performances. I never felt like giving up, as music is my passion and there have been challenges, but giving up on something that makes you happy (when you still can pursue it ) without giving it a chance to see how it goes would be a cowardly thing to do, and we didn’t do that. We kept striving, as the fact is that nothing can be achieved overnight.

You play a groove-laden style of thrash metal. What inspired you to focus on it, and have you found it to be challenging to continue to pursue this and stand out above other bands playing a similar style?

We have been inspired by Pantera, which is the band that brought us into this style of metal. Our music has death-thrash metal, we did have albums where we experimented a lot in the past, but the band has found its sound. The songs are powerful, in-your-face and the touring has helped us get our music out and people notice us. I came across a lot of people who knew our songs and were singing in the first row, thanks to our lyric music videos we put out there, and I think that makes a huge difference. That makes us proud of our music, we don’t face challenges, as we stand out since we are an Indian metal band and not many bands play this style of music. We are a live band and bring that energy on stage to take our music to the next level.

You have been able to release albums on a fairly consistent and regular basis. How much effort has it taken you to stay so creative and productive over the years?

Being regular and getting our music out is something we believe in, because music is part of our everyday life and it is this consistency that helps to think clearer. If music is that important to you, it can’t be a one-off thing, and that’s what SystemHouse 33 has proved. You learn all of these things from the bands that you look up to, but it is not easy to follow their steps, because you have to be dead serious to commit to it, and this is what bands need to really ask themselves. To answer the question, we are dead serious and without creativity you can’t make music. We just enhance that in each new album we create. Staying positive and healthy is crucial in being creative and we follow that. 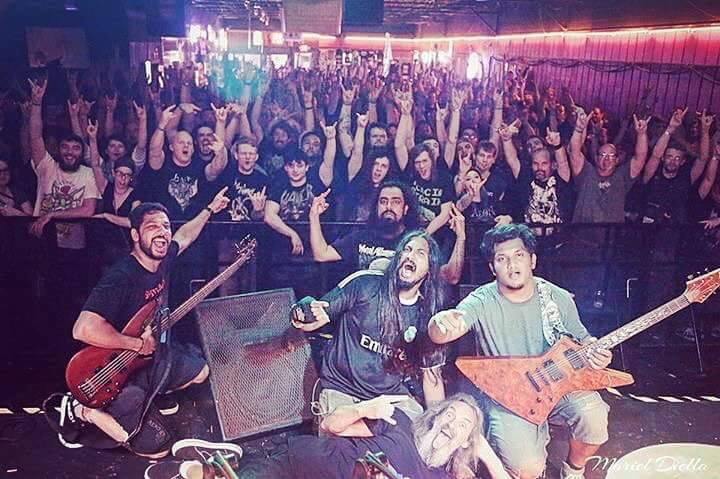 Talking of your new album ‘Regression’, what was the working process like?

Regression took us about two years to write musically, and it was a challenge as we were learning from our previous albums and were focusing on doing things the right way. We composed about 13 songs, of which just a few made it to the album. We focused and spent time on how the album should sound and that made a huge difference to us and the to the fans when they heard it.

You mentioned that this album boasts of some strong lyrical content. Can you shed some light on that?

The lyrics have been composed by Mariel Diella and myself with a lot of brain storming and with a seriousness that the world needs to wake up to in the light of so many issues. Each song has a deep meaning and if you watch closely, the listener can interpret it in their own way. It has a strong message and our songs were also featured in Terrorizer magazine and Decibel magazine while on our USA tour. 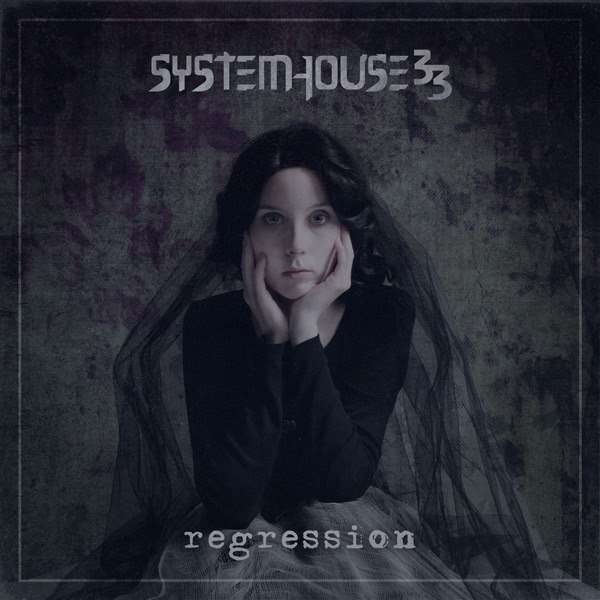 Coming back to the recent U.S. tour, what were some of your favorite shows? Did you get a better response in some cities than others?

The response was the best at the Whisky-A-Go-Go in Los Angeles, where the crowd just got into it and the mosh pit was crazy. They heard Indian metal for the first time and loved it. The other cities that loved us were Greensboro NC, Knoxville TN, Fort Worth TX (we had our good friends at the show too), Cupertino CA (Mother’s Day Metal Fest with our Xmas in Hell brothers Short Fuse), Austin TX, Atlanta GA, Dayton OH, Phoenix AZ – crazy venues, crazy crowd. In Tennessee, the crowd even started chanting India, India at the end. We are planning another USA tour next year and looking forward to it.

What are the band’s plans for the immediate future?

SystemHouse33 was supposed to have a tour coming up in the last quarter of 2016, but as it was a long tour, with a short notice we had to pull out of it. We have a European tour in the works early 2017, followed by a USA tour mid next year and another European tour Winter 2017. We are booked for 2017 and the touring calendar looks great for next year.  Besides that, new official and live videos set to release along with new merch as well as being a part of some heavy metal compilations!

If you like what you’ve read, support Metal Assault and buy a shirt!