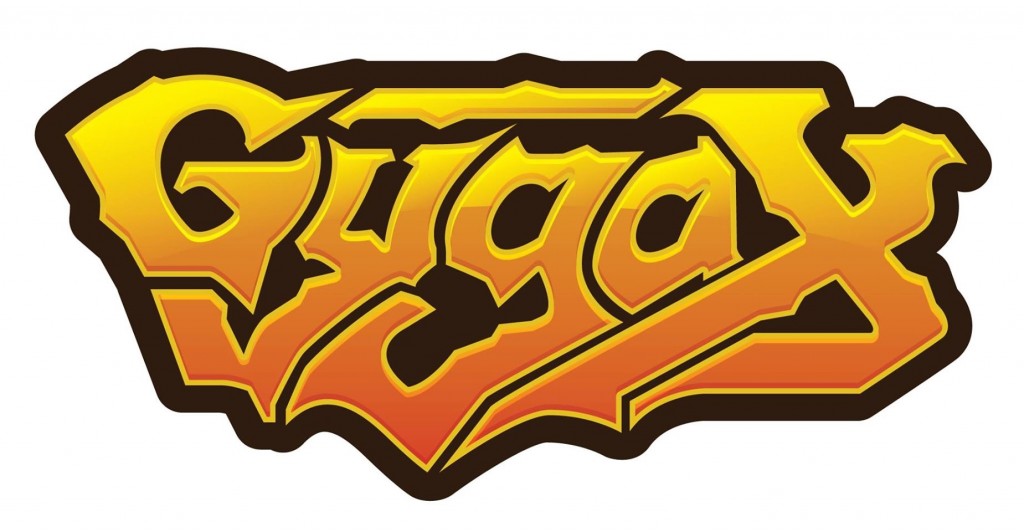 Eric Harris, primarily known of late as the singer and bassist of Los Angeles boogie rock quartet Gypsyhawk, has endured the breakup of that band, taken some time off, moved to Ventura and formed a new band called Gygax, which continues from where Gypsyhawk left off, but in a slightly different, more classic rock vein. Yesterday, I spoke to Eric to get a full introduction on the band for you readers. Enjoy the conversation below, and keep your eyes and ears peeled for Gygax.

Eric, it’s good to have you on Metal Assault. It’s been a while. This interview is obviously about your new band Gygax. First of all, how did it come about?

Well, I moved to Ventura about a year ago, and after Gyspyhawk was done, I didn’t even want to play music, but after I gave it a few months I realized that I really do have to play music because that’s just the way of my world. So, I already had Bryant with me, and then we met this other dude in town, Armand. We found him and it turns out he also loves Thin Lizzy, so we started jamming together and it was an instant connection. He’s not only a badass guitarist but he can play drums super-groove style, kind of like the Thin Lizzy thing. I had an old idea for Gypsyhawk, of writing about fantasy and stuff like that. I wanted to market it like that. I wanted to do what we were doing but put a gimmicky thing on it, medieval fantasty and imagination. So, that’s basically Gygax. It ain’t nothing but a thing!

Right, it’s based on Gary Gygax, Dungeons & Dragons and all that stuff. How obsessed are you with that, and how much of a part of your life is it?

I haven’t played a bunch of the campaigns and shit like that because it’s really hard to do all that unless you’re in one place for a long time and you can find friends that can easily come to a place. But I haven’t had that. I have played a few of the games. I’m into it but I’m not like an elitist about it. That’s the same thing as how it should be in music. It’s something that you like and can get into, but it should be for everybody. There are no fucking boundaries or cutoffs of this and that being not ‘metal’ enough or ‘cool’ enough. If you want to have fun and you’re having fun, fucking cool!

As you mentioned in the beginning, you formed this band after Gypsyhawk was done. In your opinion, musically what’s the difference between the two bands?

I don’t really know, I guess it’s technically ‘less metal’. But then again, Gypsyhawk was never really metal to me. Even so, we played some shit that people called metal, because I guess it’s heavier than what people are used to. But as for Gygax, I don’t think it’s all that much different.

Plus, you are the frontman of this band as well, so the voice is still the same and people can easily make that connection.

Yeah, when people get to see it, they’ll discover that it’s not too different, even though there are changes. It has nothing to do with Gypsyhawk, and it’s completely removed from that. Gypsyhawk was ultimately a stepping stone I was unaware of.

I was actually going to ask you something along those lines. I did interviews with you during the Gypsyhawk days and asked you about the bands you used to be in, like Skeletonwitch and Huntress, and you said that you felt better about Gypsyhawk, that’s why you were in that band. Right now, are you already feeling better about Gygax?

Yeah, I am, but I had that mentality like most bands do, where you can get so wrapped up in your own egotism that you feel this is all there is, you put everything into it and it’s your life. But now I feel that this is fun, I like doing it, and I don’t know if it will last forever but there is no end in sight right now. We’re all having fun, it’s just starting and it’s moving faster than any of our bands have. At this point, every band I’ve played in has progressed at an exponential rate. Gygax has been a band for two months, and we already have a record deal, we’re playing the Central Coast Comic-Con here in Ventura on August 29, and we got an endorsement with Dean. We didn’t even seek these things out. They were already there. We contacted the main guy at the convention with what the band is all about, and he said he’d love to have us there. So it’s pretty cool. With Gypsyhawk there was no gimmick or niche for us, but with Gygax we do have that.

Since you already have that D&D/fantasy theme, you can market this band in a different way, may be even comic books and action figures.

Yeah, the whole thing about the band is, the theme is based on Gary Gygax but I know we’re going to catch a lot of flak from elitist nerds. We’re playing a festival called Frost & Fire at Bombay in Ventura in October, so I posted the ‘Chain Lightning’ demo on the event page, and some guy was commenting on it saying that the Chain Lightning spell was broken in the first edition. I don’t care, it’s still a spell! I’m not really eluding towards just D&D, because Gary Gygax is associated with a lot of other shit as well. So basically it’s more like a beacon for any gaming enthusiasts, creative writers, comic writers, and anybody who’s into using their imagination. That’s the core connection.

As you said, every band you get in grows really fast. So, what’s the general plan for this band? Are you going to be touring as much as you did before?

No, no. I have no plans for that. None of us are going to spend a month on the road, making a 100 bucks a night, because the fucking label told us that it’s going to be great exposure playing with some band to 50 people in bumfuck Indiana. I’ve seen that shit firsthand and I’ve witnessed that it doesn’t really work, and even if these bands want to make the argument that it does work, you look at them and they’re barely treading water. They’re just doing slightly better than someone else but in the grand scheme, it’s not really working out that well for them. So, what we’re trying to see this as is kind of like a grassroots thing. When you first start playing music, you get into it because you’re young and you’re passionate about it and it’s something that drives you and makes you want to do what you want. You don’t do it for any monetary gain or fame. You just do it because it feels good, you love your friends, you love hanging out with them and playing music with them. That’s all there is to it.

You moved to Ventura a year ago. How has that environment impacted your life?

Oh, it’s been like a total reality shift, man. I had sacrificed everything and I felt like a loser all the time. When you’re doing something you believe in, you have friends that support you all the way but you ultimately get to a point where you look at the fucking data, and a billion bands do this shit every day and many of them fall every year. With the way capitalism is permanently attached to everything in America, it’s impossible to “be successful” unless you’re making a lot of money. So that’s not our end goal. I mean, we’d like to make money and tour, but if it happens, it happens. None of us are putting weight on it. We’re just having a good time and just using things that we like to fuel our creative side.

Over the last year when you were mostly inactive, did you keep track of what was going on in music, or were you totally in your own world?

I just kind of stopped giving a shit at a certain point. Not like I don’t give a shit, but if I like bands that I see, I’d be like, cool. But I’ve had so many people tell me, “Oh my god, you’ve got to hear my friend’s band, you’ve got to hear this band.” And I hear them, and there’s no substance to it. Very rarely will I find some band that would make me go, ‘Holy shit, this is fucking impressive!’ Visigoth and Night Demon are both bands like that. I went out to a Night Demon show in LA the other day and I saw the other bands play, and it was cool, but they were not on the same level. Things are different when you age. There’s a real perspective change. Things that you used to be so passionate about just don’t seem to drive you as much anymore. So, it takes a lot for me to be impressed by a band.

That’s interesting. So, I have one more question for you. With Gypsyhawk you put out two full-length albums, one of them on Metal Blade. People will always listen to that stuff and remember the band, but in all honesty, how do you look back on that band?

It was something that I thought I knew what I was doing at the time. I’m still just the smallest particle in any existence of what we live in, like all of us are, and we can only see what’s right before us. But you can try to remove yourself from that and look at it later on. I’m sure a lot of people have bad feelings towards me are looking at it like this fucking vendetta for the rest of their lives, or they can look at it as a fine line between becoming friends and enemies. For me it was exactly what it was, and there is no other way I can put it. For me, being here, doing what I’m doing and playing with the people I am now, I feel really good about it. But I made that effort to reach out. When you let go in life, that’s when everything starts to come together for you.

That’s a good way to put it. Is there anything else you would like to mention before I wrap this up?

We have an album called ‘Critical Hits’ coming out on Creator-Destructor Records in the beginning of the new year, and before that we’ll be playing Ventura at Bombay, August 14. Besides that, we’ll be performing at the Central Coast Comic-Con at 2 PM. That’s about it. Thanks for doing this, man!