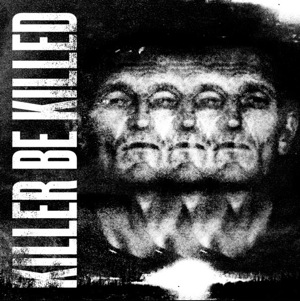 Combining the talents of Greg Puciato (The Dillinger Escape Plan) on guitar/vocals, Max Cavalera (Soulfly/Cavalera Conspiracy/ex-Sepultura) on guitar/vocals, Troy Sanders (Mastodon) on bass and Dave Elitch (ex-The Mars Volta) on drums, Killer Be Killed is a brand new collaborative hardcore/metal supergroup that came together very recently and has just released a self-titled debut album via Nuclear Blast Records. A couple of weeks ago, I spoke to Max Cavalera over the phone to discuss the formation of this band, the working process, future plans, the next Cavalera Conspiracy record, and his favorite grindcore bands. Enjoy the conversation and get a taste of Killer Be Killed’s new music below.

Max, this interview is mainly about the newest band you’ve involved in, Killer Be Killed. First of all, how did the band form and how did you decide to start playing in a band with these guys?

It started with Greg. He was the guy who actually put this thing together. He called me and said that he wanted to do a project. He was really excited, we got together and demoed about 15 songs. It was really raw, heavy and cool, and I thought there was something in there that got me really excited too. He had a drummer in mind, Dave Elitch who played with The Mars Volta and is a great drummer, we played with Dave and it was awesome. We wrote some more songs, but we needed one more person and I didn’t care who it was going to be as long as that person can also sing. That was my idea, I wanted three people singing on the project. And it was really cool that we got Troy from Mastodon! He’s got a great voice and plays bass. So the band was formed when Troy joined us. He was like the missing link of the project. We wrote some more songs with Troy, then went into the studio and did the whole record. It was a lot of fun, I really loved making this record and I really love the record itself. It’s very different from everything I’ve done. It’s a great mix of thrash and melody, it’s fun to listen to, and I’m excited for its release.

So in terms of the writing, was Greg the principal songwriter or did all four of you contribute to the songs?

All of us contributed. A lot of stuff was me and Greg because we started, and Greg was playing guitar. So he wrote a bunch of riffs and I wrote a shitload of riffs. I ended up recording all the rhythm guitar except for one song. Greg didn’t want to record any guitars, and I knew the songs a little bit better than him so I recorded the rhythm guitars and had a friend of Troy’s named Juan Montoya doing leads and noises, and as far as the writing, we all wrote. Troy wrote ‘Save The Robots’ and ‘Forbidden Fire’, and me and Greg wrote ‘Snakes Of Jehovah’ and everything else that’s on the record. So it was a group collaboration and we also brought Dave in on everything we did. So overall it was really fun and everybody really did their best to make this the coolest record possible. I think it shows that everybody tried real hard to make it good. I think the coolest stuff I’ve ever heard from Greg on vocals is on this record, actually, even beyond what he does on The Dillinger Escape Plan. 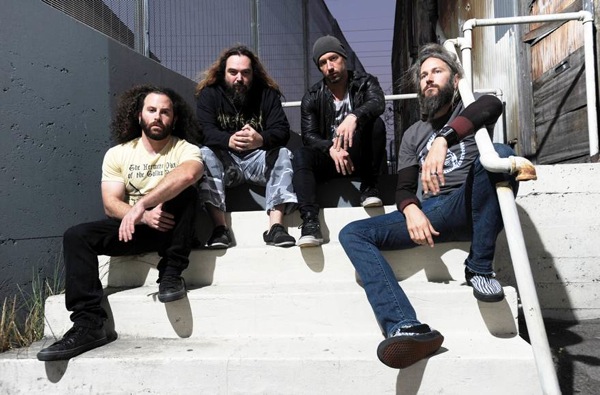 That’s interesting, man. I read about the initial process when you were demoing with Greg and that you guys used a drum machine because you didn’t have a drummer at the time. But once you got Dave, he must have added something his own touch to what you recorded with the drum machine.

Yeah, it got a lot better. We did the demos with the drum machine and it was great, but once we got a real drummer playing, it became more real, you know. With a drum machine you can only do so much, although I do like some projects with drum machines like Ministry and Godflesh. But it’s just cooler with a drummer, so the songs became better with Dave playing, for sure.

In terms of the recording, wasn’t it a pretty quick process? I believe you recorded it within a few days or something.

Yeah, the recording went quite fast because we already had some songs from the demo days, ‘Face Down’, ‘Snakes Of Jehovah’, ‘I.E.D’ and ‘Fire To Your Flag’, those songs were all pretty much done and we had to just work on them a little bit more, adding some more parts for Troy to sing on. And then we wrote more in the studio, but it was kind of quick. We didn’t really spend too much time thinking on the songs. And I like that kind of aspect of the writing, where the first instinct is the best and you don’t think too much. When you think too much about something, you fuck it up and end up ruining it. Your first instinct most of the times is your best one. So a lot of it on this record is first instinct kind of stuff. We wrote a riff, it sounded good, and we went into the next song or the next riff. We just kept moving. I think it’s great that we kept it kind of original. There’s a punk spirit to the band because of that, but the songs are really elaborate because they’ve got a lot of parts, specially with three people singing which makes it much more interesting than just having one singer. The three voices coming together on each song and doing different things on every one of them is really great, and is the secret weapon of Killer Be Killed.

Now the album is releasing and the band is official, what’s the plan? You have your own bands and Troy and Greg are both in very busy touring bands themselves. So where do you see this band going in terms of that?

Well, we’re just going to keep doing whatever we can. Next year we’re going to do some shows, hopefully a US tour and a European festival tour, and then I think we’ll get together later on to make another record, may be not next year but in two years time or three years time. I think that will be great because the project will be more established by then and we can try to make an even stronger record than the first one and I think we can do it if we can get together and spend some time on it. We have the potential. For now, the best thing is to try and get some shows which is going to come next year. After the shows we’re going to see where we go with this but I’d like to see it continue.

Right, but do you think you’ll be able to handle three bands? You also have Soulfly and Cavalera Conspiracy, obviously.

Oh yeah, it’s fine. In fact I’ve been in Soulfly and Cavalera Conspiracy for a while and it’s been really fun. They don’t conflict with each other, they actually give each other space and for me it’s fun to have both things to work on. But like I said, if we do something with Killer Be Killed, it won’t be for a while, and the space between records is going to be longer for Killer Be Killed than what it is for Soulfly and Cavalera. So I think it’ll be okay.

With Soulfly, you put out a new album late last year but I don’t think you’ve released new music for Cavalera Conspiracy in a while. What’s going on with that project at the moment?

We actually recorded our new record in January. It’s our third album and it’s going to come out in October. I’m very excited because it’s kind of a grindcore album. It’s real heavy and it’s really brutal. We had Nate from Converge playing bass and he did a great job. He sings on one song too. It’s a really great record. I think out of the three Cavalera albums, my favorite is this new one. That comes out in October on Napalm Records and I think it’s going to be really cool.

That’s awesome, and it’s interesting that you said it’s going to be more of a grindcore record. In that genre, there are so many newer bands that have come up, and some of the older bands are still going as well. What are some of your favorite grindcore bands at this point?

I really like Pig Destroyer, Noisem, Nails, All Pigs Must Die, and although Behemoth is not grindcore, I think their new record is awesome. You know, I also like a lot of the newer heavy stuff like The Acacia Strain, Suicide Silence, Oceano, and some more grindcore like Dead In The Dirt, Trap Them and Black Breath. I like those guys a lot and that stuff is awesome too.