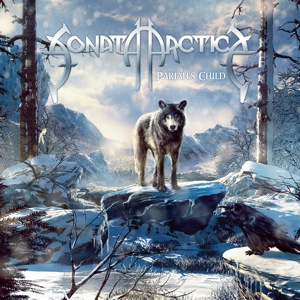 Finnish power metal band Sonata Arctica have been in existence for 15 years, releasing seven studio albums and touring worldwide in the process, and garnering a sizable fan base that admires their musicianship and on-stage energy in the live setting. Vocalist/keyboardist Tony Kakko has played an integral role in the band’s popularity with his high-pitched traditional metal style of vocals, whimsical lyrical themes and a dynamic personality. He spoke to me a few weeks ago to discuss the band’s impending eighth studio album “Pariah’s Child”, released in Europe on March 28th and set to hit the market in North America on April 1st via Nuclear Blast Records. Enjoy my conversation with the ever-insightful and humorous Tony Kakko below.

Tony, it’s good to have you again on Metal Assault. Sonata Arctica have been around as a band for a while now, and by now fans have a certain expectation of what your music is supposed to sound like. With this new album, how have you achieved the balance of meeting those expectations and at the same time doing something new?

Well, I think the new album is really a slice of everything we’ve done in the past. Last time around what I said for the previous album it was more or less bullshit (laughs). But no, it’s really the case this time. I imagine this to be the album we could have released in 2007 instead of ‘Unia’ as it’s in line with earlier Sonata Arctica material, and that’s why we brought back the wolf, the old logo and everything. So I would say, without forgetting the good things we’ve done on the previous three albums, we’ve done something slightly different on this one.

So, would you say you’ve actually learnt from the last couple of albums as to what you should do better or more of?

The last three albums had material that was totally different from the four early albums, but of course you learn something with every album. I think the most valuable lesson that I learned with the ‘Stones Grow Her Name’ album was that I started to write simple songs again and I brought that on this new album as well. It’s fairly nice actually to be able to sing the song live without having 10,000 people singing in the choir all the time (laughs), and instead just having one solid vocal melody. That’s the most important thing, I think.

What’s the album title Pariah’s Child based on?

Well, the wolf is a big thing for Sonata Arctica and it’s kind of like our totem animo in a way, and our pet. We’ve always combined Sonata Arctica and wolf together, but we abandoned that wolf with the Stones Grow Her Name album, and that was because I just didn’t come up with any wolf songs and we didn’t have anything about wolves for the album cover or anything. So it became an abandoned animal, a pariah, even. So, this album is kind of a child of that abandoned wolf of Sonata Arctica (laughs).

That makes sense, man. So, when you think back to all the years Sonata Arctica has been around, it must seem like yesterday when the band started. Is that surreal in a way?

Yeah, it is. It’s definitely surreal, like you said. People change and grow up, and it happens to everybody. 15 years doing something like this is a fairly long career. Doro the metal queen is celebrating her 30th anniversary, so we’re just halfway there (laughs). She’s more of a legend in her own right. But yeah, it’s been a long career for us but we’re still relatively young guys.

So a much longer career ahead, then.

Yeah! We hope to get to do this until we drop dead on stage or something (laughs). That would be great. It wouldn’t be horrible if for some reason we were forced to stay on the road forever. It’s a privilege to play this music, see so many people and travel the world. It’s fantastic.

But the fact that this is your 15 year, did that have any impact on the new album at all and make you go back to the earlier material more?

Yeah, actually that’s what started the process for Pariah’s Child and got us into that mindset. We had to start preparing for our 15th anniversary tour last summer and it meant that we all had to listen to all the old albums and decide which songs we wanted to play live. I thought that would be a nightmare to go through and hear all that old material. There were some albums I hadn’t even heard in 10 years literally. So it was a big surprise for me that I actually enjoyed it. It made me smile, and we decided to try and write songs in that same style, and we came up with ‘The Wolves Die Young’. It kind of paved the road for the whole album. So yeah, the 15th anniversary in some ways sparked Pariah’s Child as well and led us to this direction again. 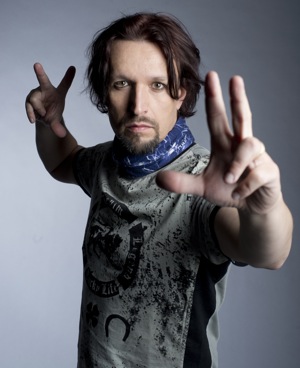 One thing that comes with heavy metal is the lyrical theme, and a lot of fans give it importance too. There’s a sense of excitement that people have for that aspect as well. How much time do you spend on your lyrics?

Let’s put it this way, I spend one time writing the song and ten times writing the lyrics (laughs). It’s almost always like that. It takes me a lot of time to write lyrics, usually. There are some songs like ‘Running Lights’ for example which I wrote more or less in one day, on one train ride. But usually it takes me a long time. I wrote one song in Finnish last year and I spent half a year coming up with the right words for it. So I just spend a lot of time doing it. ‘Running Lights’ was supposed to be a bonus track for Japan, but it came out too good, I suppose. It brought up the tempo of the album so much and that was exactly the direction we wanted to go on this album. So we kept it for the standard version of the album and the Japanese bonus track is actually a really slow and dark song (laughs).

I feel that train rides and traveling can be inspiring. Thoughts come to your head automatically. Does that happen to you a lot where you write lyrics while traveling?

Yeah, when you’re sitting in a plane and you see mountains or something, that just puts thoughts in my head. I always write them down and when I’m in the process of writing lyrics, I just put everything on paper and start picking lines that spark something in me. Sometimes it’s amazing and I don’t even realize that I could be writing lyrics to a song all over the world, one line in Japan, then some in Europe, then North America, South America and Australia. So it could be sometimes like that (laughs).

That’s very cool. Vocally, how do you think you’ve developed over the years?

Well, I’ve been straining myself more (laughs). I’m 15 years older and I’m going to be 39 soon, so of course naturally my register is changing. Luckily I think it’s going both up and down. I can sing naturally higher and lower as well today than I did as a kid. A lot of the stuff that we recorded on the first 2 or 3 albums, the key I was singing in, I was only thinking about what I was doing in the studio and not about the fact that I would have to do it live too. Slowly, I learned my way out of that thing and I think my voice has gotten richer. I’ve learnt how to use it. I started to take better care of my body and my voice as well, jogging, running, exercising and all the stuff that I didn’t do as a young man at all. When your body is your instrument, of course it changes the tone, the range and everything.

How are you handling playing the older songs now? Are you able to do it better than before or are you finding it harder?

Let’s take ‘Wolf & Raven’ for example. It’s a pretty difficult song because I wasn’t that smart at the time I wrote it, and I didn’t leave myself a lot of room to breath. There’s so much lyrics in that song and it’s fairly high. So it served the purpose to kind of lower the key, so we kind of adjusted it and brought it down a bit so I could actually sing it live (laughs) and get a breather every now and then as well. So that’s the kind of stuff you have to do when you had chosen this kind of high singing route back in the day, without knowing any better about how those songs are way over your concert range when you do them live. You need to move in a live show and if the only thing you can do is stand still and try to sing the really high notes, that’s not good. I think it’s better to change the key even though some people are complaining about it. It makes a better show.

I agree with that. Quite a few bands are doing it and I don’t see anything wrong with it. It’s better to do that than to fail in trying to do the higher notes.

Yeah, every night you fail at that one note and it’s a pain in the ass. Even if it’s one note, it ruins the show, specially for me as a singer.

What are your plans after the album’s release? I believe you have a lot of touring to do.

We’ll be in South America and Latin America for the month of March, and then the European tour starts in early April right after the album release here, then summer festivals and then North America following by Russia and Japan. Before you know it, it’s Christmas time again and the tour will continue next year. I think we’re going to have more than 100 shows this year which is pretty extreme for Sonata Arctica.