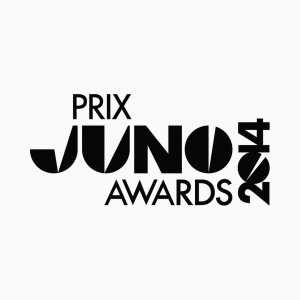 Canadian progressive metal quartet Anciients have made rapid strides as a band in the past year or so, releasing a fantastic debut album called ‘Heart Of Oak’ and following it up with some high-profile touring. Now, they’ve been able to add another feather to their cap with a nomination for Canada’s prestigious Juno award. Guitarist/vocalist Chris Dyck spoke to Metal Assault to discuss this nomination, the band’s upcoming Euro tour, and more.

Chris, it’s good to have you again on Metal Assault. First of all, what has Anciients been up to lately?

Well, we got home from that Tesseract/Scale The Summit tour last year, we were supposed to do the Sepultura tour after that but of course that didn’t happen, so we went home and we did a Vancouver show when we got back, which was really, really good. We also went down to Portland and played a one-off show with our buddies in Lord Dying. Other than that, we’ve been writing and we have one new finished song which is about 11-12 minutes long. We played it live twice now. We did a show at the Rickshaw Theatre here in Vancouver recently, and then we had a show at CBC to be broadcast on radio the other night. It was just us, playing a free show at their studio in Vancouver. In April we go out to Europe for three weeks with the Relapse band ASG. That should be really cool. We’re doing Roadburn Fest and both the Desert Fests, one in Germany and the other in London. Coming back from that, I think we’re planning on a cross-Canada headline tour for June-July. So that’s the touring plan, and in March here before we go to Europe, we’ve got the Juno nomination. That’s a big deal for us Canadians. It’s like the Grammy for us!

Yeah, that’s the main thing we’re going to talk about in this interview. What does that nomination mean to you?

Well, a thing like that depends on how ‘punk rock’ your attitude is, and I know people who are really punk rock and pretty DIY that would still be stoked if they were nominated. They may say they wouldn’t be, but they definitely fucking would be. Yeah, as a Canadian, it means quite a lot! It’s like being nominated for a Grammy if you lived in the States, essentially. It’s a big deal for any band or artist. The bands that are nominated alongside us, if you had told me when I was a kid that I would be nominated for a Juno with Gorguts in 2014, I would have told you to beat it. So it’s pretty cool, man. There’s a big Canadian band called Voivod that’s absent from the list. I’m not sure why they’re absent, but I guess we beat them out to make it on to that short list, so that’s pretty amazing, specially for a band that’s just got one record out. We’re pretty humbled, and proud of it. So we’re going to the Juno Awards to check it out, man. I know it’s just going to be weird to be on the same TVevent as Celine Dion, Michael Bublé, Justin Bieber, Fiest and all that. It’s going to be super-weird! 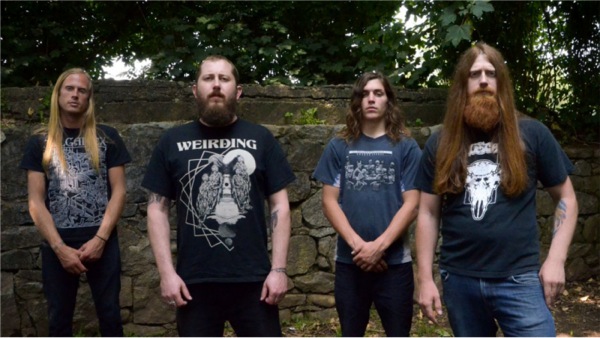 Sounds like a trip! So, what exactly are you nominated for?

It’s for ‘best metal/hard rock album’. It’s a newer category and it kind of stands alone as its own category, separate from all the other artists, because all of those artists cross into different categories like best new artist, etc. The best indie album could also be the best pop album. So you see all these multiple nominations, but ours just stands alone and separate, which is the cool thing about it.

Yeah, exactly. And they nailed it with the bands this year. It’s very relevant, with Gorguts, us, Ken Mode and Protest The Hero. So it’s actual metal and it’s not like the Grammys giving away an award to Jethro Tull when they’re like 60 years old or whatever. And the other thing is, for us we have no delusions of mega-stardom or any bullshit like that. But what Juno does, and what we could say is our goal since the beginning of this band, is to give more exposure to our record because of course we want more people to purchase and enjoy it, so our label is happy and we get more exposure for the next record, and so on and so forth. It’s not about getting rich, it’s just about making a half-decent living and paying our rent. It’s not about profits, it’s about breaking even, and to get better tours. 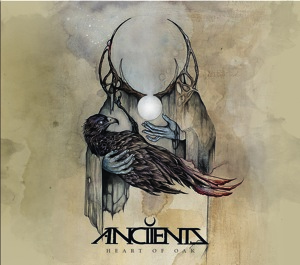 Yes absolutely, it’s all about exposure.

Yeah, it’s just adding to the resume, so our agents can say, ‘These guys are worth this much, and are good enough to go on this tour with band A’ It just gives them some ammo, some cred. There’s different kinds of artist cred in the industry. Some is real legit media, some is underground. In order to cross over, you have to have a foot in both. That’s what we’re trying to do. We want to stay humble, local, street-level, approachable, cool and DIY in that way, but we also don’t want to shy away from this sort of exposure. It’s not like we’re going to be doing fucking Coca-Cola commercials anytime soon. But an award that’s given for the best metal record in Canada, we’re definitely not going to shy away from it. At the end of the day, it really has nothing to do with us anyway. Somebody else made that choice. Nobody asked us if we wanted to be nominated. We just were. So it’s a nice surprise and I think it’s really going to help our resume so we can get better tours and just a little bit more money so we’re not eating pure garbage on the road, worrying about broken vans, and we actually have good gear to go. It might help us get some free guitars and amps from a company or something, Anything, man! Some people think Anciients is this big deal, but they don’t realize that we all have shitty day jobs and live in a small town outside of Vancouver. I drive a 2007 Kia, dude. We’re not living large by any means at all. We probably sold like 10,000 records or something. It’s not like it used to be, right?

Yeah, that’s good these days, right? We might have sold around 5000 copies at the time our first accounting statements came in, and I wouldn’t be surprised if we’ve got around 10,000 now. It’s really good for a first album and I think Season Of Mist are very happy. I know we’re very happy and pretty proud of the album, and the Juno thing.

Right, coming back to the Juno award, how does the process work? Is it based on a public vote or does their panel decide?

It’s a group of judges selected from the music industry in Canada. They all sit in a room and vote for the best record from amongst all the submissions. It might have something to do with record sales, but I’m not sure.

Either way, it’s great exposure. Other than this, is there anything else you want to talk about??

Well, we’re starting to work on funding for a music video for one of the songs on the debut record. I know it’s a little late, but to be honest, a lot of people asked us why we don’t have a video. It’s because we were actually already on tour with Death To All at the time the record came out, so we didn’t even have a minute to consider a video. We go on tour for a month, we get home, we’re home for a month and go on tour again. And when we get home, we have to go to work so we can pay our bills, eat and pay rent so we have a house to come home to! So we haven’t really had a chance to make a video. It just hasn’t worked out and we don’t have the money. So our label and management found a way through Canadian grants and what not to help us make a video. So we’ll be doing that for one of the songs off of ‘Heart Of Oak’. That will be really cool. From the outline that I’ve read, the ideas we’ve been throwing around and the quality of past work by the director, it looks great. Hopefully we’ll be able to release that soon and drop this video on your guys. But yeah man, other than that it’s all about the Junos and the Euro tour right now, and we’re also hoping to confirm and announce a festival gig in the States, so we’ll let you know about that.