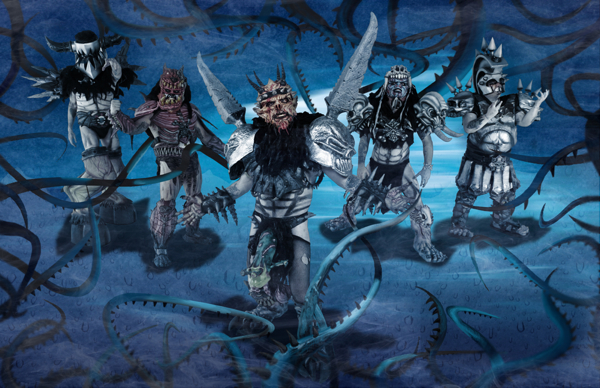 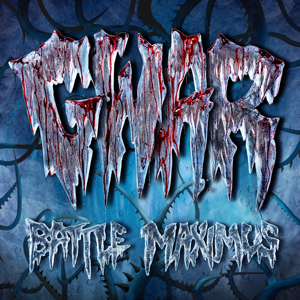 Veteran shock rockers GWAR are ready to release their thirteenth studio album ‘Battle Maximus’ on September 17 via Metal Blade Records, their first album since the tragic and sudden loss of guitarist Flattus Maximus two years ago. To support this new album, they will be out on a short co-headline US run with Hatebreed in September followed by a full North American tour in October and November with Whitechapel, Iron Reagan and Band of Orcs. A few days ago, I spoke to frontman Dave Brockie a.k.a. Oderus Urungus over the phone about this new album, touring, critics and more. Read the conversation below.

It’s good to have you on Metal Assault! Your new album ‘Battle Maximus’ comes on Tuesday September 17. What can your fans expect from this one?

Well, they can expect it to be the new album of GWAR music! But I’m pretty sure that everybody knows that already. I don’t know what to say except that they will have an experience unlike what they’ve had with any other GWAR album because of all kinds of different reasons. First of all, the music is different, and secondly the guitar player is different. The song titles are also different. So you know, like every other GWAR album, it will sound unlike any other GWAR album but it happens to be a work of titanic mastery and it will leave them gasping with shit-stained pants and urine-clogged thighs, having literally lost their ability to hold their bowels together and it being released all into themselves, just with joy. Even after everything that GWAR has been through in the last two years, somehow we’ve made an even greater album than the last one.

On this album, what are the lyrical subjects that you’ve explored?

The album attempts to do three things at once. First, kick ass. Second, tell the next chapter in the story of GWAR’s quest against all the insidious fucks who’re trying to steal the secret of eternal life from GWAR. And also, the album is a tribute to our scumdog brother Flattus Maximus who departed to the stars and who we made this Battle Maximus for.

Usually does it take time or effort for you to come up with these lyrical themes or are you just natural and too used to it by now?

It’s basically what I enjoy and it also describes the events that are happening in my life. My life is pretty fucking full of events! Shit is always popping off when you’re Oderus Urungus. One second you’re on tour, one second you’re on TV, one second you’re in the studio, next thing there’s a superpower mutated fucking asshole is destroying the building trying to chop your balls off. So basically once I get through the battle, victoriously I might add, I sit back in my throne and I ruminate about such things and they turn into the ideas behind our songs. It’s a purely natural process. Sometimes it can take a lot of time and sometimes it can happen very quickly. And I have to say the new album is a combination of both of those things.

Right, and as you said, you’re touring so much. You tour extensively, specially in America. You’re out on the road for six to eight weeks at a stretch. That must be physically very demanding. What inspires you to keep going? Do you simply enjoy playing to people every night and is that the sole reason for you to do this?

Other than your own amazing show, I’ve always enjoyed the lineup of support bands you bring with you for these US tours. Do you hand-pick those bands or is more of a collective decision with other people involved?

No, we hand pick the bands. Actually there may have been a time when we were not doing it ourselves and it was really fucking sucking ass. So we decided that we would take control of this again and our human slaves who are the best amongst you, they spy upon the humans and they bring ideas to us about bands we can put together with us. We decide who plays depending on whether these bands suck or whether they do not suck! And also, we try our best to not physically kill these people on the first night of the tour so that they can actually play the entire tour. Because that was a serious problem. Basically we were getting so many shitty bands opening up for GWAR that they’d all be dead on the first night of the tour. So we don’t do that anymore until the last night of the tour. They all must die by then anyway.

Of course! And also, I’ve never been to Europe but I’ve seen videos of your shows there. You do indoor clubs in the US so there’s a limit to the things you can do. Is it crazier in Europe because you’re playing to open fields there?

It is! We play lots of huge festivals over there and that’s always an amazingly incredible experience for GWAR. But in America it’s more of our bread and butter. Those club shows are really what keeps us going. In the festivals there’s a million people there because there’s a million different bands playing. All those bands together add up to amount to the large number of people coming to see them. Whereas when you just have a thousand people that are completely dedicated just to your band, that’s actually a much more intense feeling. I would rather play in front of a thousand people that worship GWAR than ten thousand that did not.

That’s a good way to put it, and I have to agree. It must be a good feeling for you, with the way the US tours have been going lately. You’re able to book shows pretty much anywhere you want to. A lot of bands would kill to be in a position to draw people in a place like Chico CA or Pensacola FL, places where almost nobody plays.

Oh, certainly. We can pick our places and there’s so many different little chicanes and shithole cities in the United States that will do anything to fucking have GWAR come there, rape their women, drink their beer and take all their money, which we just throw away, by the way. It’s funny because they go through so much to give us all this money and then we just set it on fire and laugh. So that’s a good feeling. It shows that the cult of GWAR is strong in all parts of the world, not just the big trendy cities. Even in the sickest, most disgusting and most horrible places of our country, there are still GWAR fans.

Yeah, exactly. So, one thing I wanted to ask you about is the GWAR tribute band you guys used to do without costumes. It was called RAWG, I think. What happened to that?

No, we destroyed them. We decided not to have them exist anymore and we killed every single member. I’m not saying it wouldn’t happen again. I’m sure it probably will at some point. We destroyed it for the time being mainly because it certainly wasn’t as interesting of a musical counter-point to what we normally do. But I’m never one to limit the band as far as options are concerned, so anything can happen. If we allow humans to pretend that they were GWAR spelt backwards, then that’s something they would do!

A lot of your critics or haters say that you’re nothing without the costumes. But I think if you actually did the shows without costumes, people would get to see what it’s like.

Well, the biggest problem with that idea is, they would not come to the show if they already had such an opinion. But you know, the thing is, anyone who says that GWAR is just a costume band is completely not getting it because I’ve been trying to explain the fact that these are not costumes! This is what we wear. I can’t tell how many times I’ve said that. Nobody seems to understand what I’m talking about.

So you wouldn’t call them costumes, but I guess you take on a different personality. It’s part of your character.

Yeah, I was born in this shit and I’ve been wearing it for 15 million years. It’s not a costume. It’s how I look! Why can’t they understand that? I’ve said it a thousand times.

You know, the people who don’t understand it, they just don’t, no matter how many times you say it. That’s how it is.

So, I had just one more question for you. Besides these tours and albums that you regularly do, is there anything else you have planned for the long term or short term future of GWAR?

Oh, there’s many millions of fucking things going on, so many things that I can barely keep up with them. In fact I cannot. So basically I won’t even try. Right now what’s happening pretty much is we are getting ready to release Battle Maximus, we’re going to throw everything we have into the support of this record with a brand new show and the most incredible tour this human race has fucking seen from GWAR, a matchless display of superiority not just in terms of what has occurred upon this planet but what has occurred in different eras of time. GWAR has not only risen to the challenge but has thrived upon it and has become mightier than ever.

That sounds great! Well, it was a pleasure talking to you. I actually did an in-costume video interview with you three years ago but I think this was a much better experience. Those interviews are hurried because you are ready to go on stage at that time.

Yes I agree a 100 per cent and also I feel really bad that the past interview wasn’t all that fun for you. I was probably trying to rape you and I don’t know if that happened or not. But yeah, those interviews suck! Basically what you do in those interviews is you just get to look at me. I don’t why people want to get that close to me, dude. Let’s keep the dream alive.