The battle for the Kyuss name seems to be over, and former Kyuss members John Garcia and Brant Bjork have now moved on with their new band Vista Chino, which also includes in its ranks Bruno Fevery who played guitar for the Kyuss Lives shows in 2011. The band is ready to release their debut album ‘Peace’ via Napalm Records on August 30th, an album that musically continues the Kyuss legacy but also explores new territories. To promote this release, Vista Chino will be embarking on a North American tour in September. A couple of days ago, I caught up with John Garcia to talk about what this rejuvenated start means to him, the working process behind the debut album, and more. Read the conversation below.

John, it’s great to have you on Metal Assault. You’re now ready to officially launch Vista Chino with the debut album ‘Peace’ which comes out next week. It must be a good feeling to finally end all the Kyuss drama, and get along with it to do this new band, right?

You know, I’m going to be 43 years old next month on the 4th. My life has just begun, and I couldn’t be more happy. I mean, I’ve got two wonderful kids, I’ve got the most amazing wife in the entire world, I’ve got a record coming out, and I’m touring extensively with Brant Bjork and Bruno Fevery and Mike Dean from Corrosion Of Conformity! I’m in a really good spot right now (laughs). I’m excited, I feel good. We’re all set, we’re ready, we’re tight, we’re movin’, we’re groovin’, we’re all really excited and life is really good right now. The drama, as you put it, is gone, over, finished, done and out. It feels good!

I’m glad to hear that, man. So, I feel that this album is a continuation of the Kyuss legacy in many ways. Is that how you would put it, musically?

Yeah, I think the record has some Kyuss blares in there, and I also think there’s a bit of exploration in there as well. Looking at the record and how it was done, it was done very organically, old-school on a 2-inch tape. Singers don’t record on a 2-inch tape anymore. They just don’t do it. But we did it that way. I sang out of one of Jim Morrison’s U87 microphones, looking at the Joshua Tree rolling hills. The amount of trust that we put into one another to do each of our individual jobs, it was fulfilled. You can hear that. There’s always going to be people that don’t like it, that think there’s going to be a next Kyuss record. Well, that’s fine. People have their opinions about it. For me, I love songs like ‘Adara’, ‘Dargona Dragona’, ‘As You Wish’ and ‘Sweet Remain’. From a singer’s point of view, those songs remind me of Kyuss, but when you listen to songs like ‘Barcelonian’, ‘Planets 1 & 2’, and ‘Mas Vino’, that’s what I mean by exploration. So there’s a lot of feeling and emotion. I think people are going to put their label on it, put their own stamp of appeal on it, and that’s totally welcomed. We’re just all really proud of the record as a whole, so that’s my take on it. 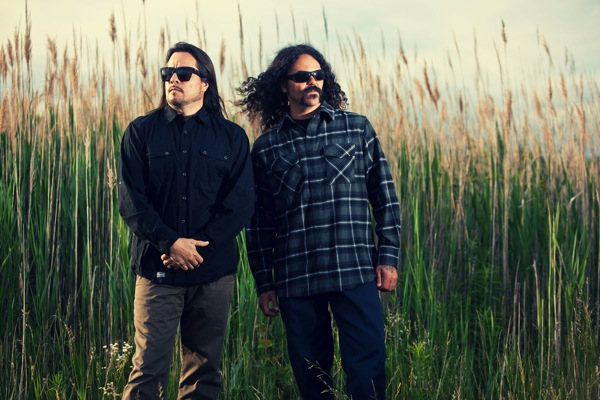 This genre of music, stoner rock, I think it’s kind of popular these days, at least in the heavy rock and metal circles. A lot of bands are playing this style. I guess it’s is a good time for you to do this, in that sense as well.

Yeah! I don’t think Brant Bjork, Bruno Fevery and myself ever set out to change the face of rock n’ roll or stoner rock. Stoner rock has been going on since forever. If you take a look at bands like Buffalo or Leaf Hound, that’s more stoner rock than stoner rock itself (laughs). I mean, those are the true grandfathers of this genre of music. Either you get it, or you don’t. North America doesn’t get it, Europe gets it, Canada gets it, and so do Australia and South America. But some places just don’t get it and North America is one of them. As far as the current state of stoner rock goes, I don’t really listen to much of stoner rock anyway. You’ll be surprised by what I listen to. I listen to anything from Rihanna, believe it or not, to Bob Marley and everything in between. Occasionally from time to time I’ll put in some Leaf Hound, Buffalo or Sabbath, when the kids are off at grandma’s house and Wendy and I are here are the house hanging out, doing what we do. It’s always fun to spin some records. But to answer your question, I don’t think there’s ever really a ‘good’ time. It’s just our time right now.

That’s very well put. You mentioned the lineup. Has Mike Dean also worked on the album or has he just been a touring member till now?

You know, Vista Chino is a three-piece band with me, Brant and Bruno. It always will be. I think Nick Oliveri is an honorary band member and Mike Dean is an awesome part of this and an honorary band member. But also, Mike Dean has another band that he’s fully committed to, an awesome band that we respect, called Corrosion Of Conformity. So, he’s got some obligations that he needs to fulfill and right now we’re just lucky to have him.

I interviewed him last April when COC were playing in Southern California, and he told me at the time that he was going to play some shows soon with Vista Chino. What was it like jamming with him?

Mike Dean is an amazing bass player. What can you say about Mike Dean? I mean, he turns these songs into his own, and he brings character, emotion and personality to these songs. He’s not just some robot up there playing note-for-note of what Brant did or what Nick did. Mike Dean plays on the record as well. So he has turned those songs into his own and I have nothing but absolute mad respect for him. On the other side of the coin, as a human being he is one of the nicest guys I’ve met in my entire life. Very intelligent, very smart. I can’t talk highly enough about him. 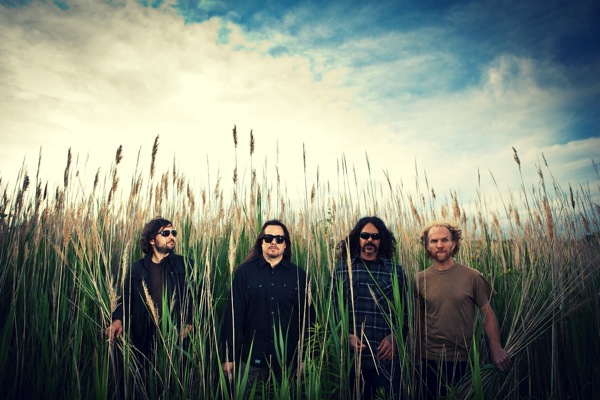 As for this album itself, did you start writing these songs after you decided to release the album under the Vista Chino name, or were there songs lying around from before?

It was an ongoing process. Even during the lawsuit we were writing this record. So it was a long process that took about a year, but in the studio it took us about two months from start to finish, from the first note to the last.

Right, but one song in particular that I wanted to ask you about is ‘Acidize The Gambling Moose’ which is a 13-minute song. How was that written? Was it just a natural flow in one sitting or was it put together in multiple parts?

You know, for me, it was all about getting those takes, getting one specific take. So when the music was recorded, I wasn’t even there. First there was an incredible amount of trust that went on within ourselves. We had to learn to trust each other to do what we do. Brant played drums but he’s also an amazing bass player and guitar player. Bruno, amazing guitar player. Nick, just a powerhouse of a bass player. So the amount of trust that we had with one another was immense. As for ‘Gambling Moose’, I had no idea it was going to turn out that way, to be quite honest with you. But it’s one of my favorite songs! I love that song. People asked me before we even started recording, ‘What’s it going to sound like?’ I had no idea what it was going to sound like! I was curious myself in regards to what it was going to sound like. But that’s where the anticipation of exploration comes in. Where is this song going to take me? How am I going to feel once I start singing it, once the red light is turned on and that tape starts to roll? What’s going to come out of my mouth and how am I going to feel? What am I going to emit from it and what am I going to project with it? So all in all, at the end of the day, it’s one of my favorite songs.

Mine too! So, obviously one thing that people would want to know is, when you play these Vista Chino shows do you play Kyuss songs as well?

Well, we just recently got back from a little 3-week jaunt over in Europe, and we played half the record. We played 5 songs from it, and it felt really good to insert them into the 100 per cent Kyuss set that we had before. I thought that the songs married very, very well. We’ll always play Kyuss songs, but when we get back on the road again, we plan on playing a majority of the record injected into the Kyuss set. We have songs like ‘Green Machine’, ‘Gardenia’ and ‘One Inch Man’, and we’ll throw in some ‘Adara’, ‘Dargona Dragona’ and ‘Sweet Remain’ in there along with ‘Planets 1 & 2’, it’s pretty cool!