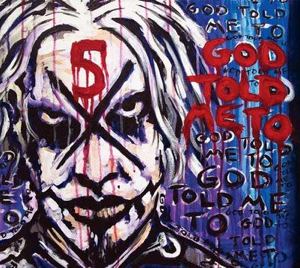 Despite being primarily known for his longtime and still ongoing involvement in Rob Zombie’s band, guitarist John 5 has more than that one facet to his musical repertoire, as is evident from his latest solo album ‘God Told Me To’, which came out last year and turned out to be a fantastic representation of John 5 the guitarist. Currently, he is getting ready to go out on the massive Mayhem Festival tour with Rob Zombie, kicking off in San Bernardino on June 29th. A couple of weeks ago, I caught up with John on the telephone to discuss his upcoming commitments with Zombie, the solo album, other projects and future plans. Listen to the 12-minute conversation below, check him out live on this year’s Mayhem Fest, and visit John 5 online using the links at the bottom.