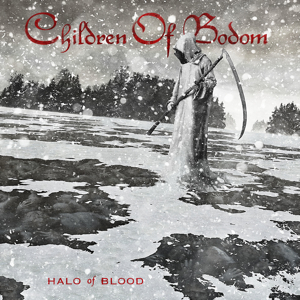 Finnish melodic death metal band Children Of Bodom have released their eighth studio album ‘Halo Of Blood’, which came out on June 11th via Nuclear Blast Records. Longtime fans of the band have been much underwhelmed by the previous two albums ‘Relentless Reckless Forever’ and ‘Blooddrunk’, but would be delighted with how this new one sounds, a throwback to Bodom’s earlier days. Recently, I caught up with bassist Henkka ‘Blacksmith’ Seppälä to discuss the album and lots of other things including the upcoming Mayhem Festival and their recent India show. Read the conversation below, and pick up the new album from a physical or digital outlet of your choice.

I was listening to the new album ‘Halo Of Blood’, and to me it sounds a lot like the early Bodom albums. I love that sound, and it seems like it’s coming back with this new album. Would you agree that’s the case?

Actually, no (laughs). But it’s hard for me to describe the music. We’ve always done things the same way. I have heard it from many people that this one sounds like the early days of Bodom, which is perfectly fine for me. It’s a nice thing to hear. But if I would have to be the first one to describe the album, I wouldn’t use the same words. I’m really happy though that people find it to be like that.

Even the cover artwork has the kind of feel that fits the music very well. Do you think it’s a good representation of the sound?

Yeah, we composed most of the stuff during the winter and we also recorded the whole album in the middle of the darkest, coldest winter (laughs). There was lots of snow this winter in Finland too. So, that had an impact on the sound and atmosphere of the album. We agreed to design the cover much before we decided to do the music, so in reality it was already there and we knew that it would have a winter scene, so may be subconsciously that got into the music as well. 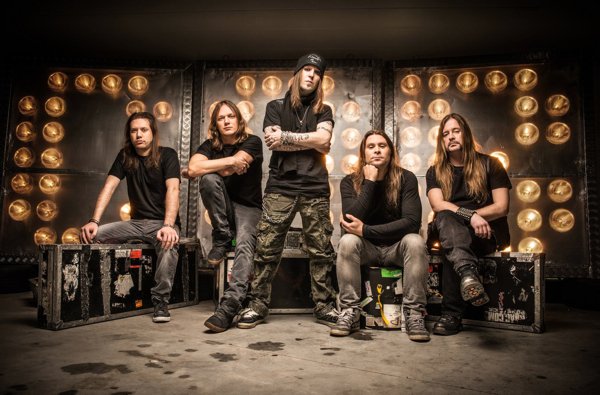 I think the recording engineer you used for this album has also worked with you for the first few albums. What was his contribution, and did that have any impact on the sound?

The first time we really used him was for the Are You Dead Yet album and then also for Blooddrunk, and now we came back to him for the new album. But he’s been mixing our albums since day 1, so we know his style and sound very well. The more we worked with him, the easier it became. This was the third time just the two of us, me and him, recorded while I did my parts. It’s really easy and convenient. As a recording guy he doesn’t put a lot of input into the music but I trust his ear very much. I just do my best until whenever he’s satisfied with it.

You’ve also worked with Peter Tägtgren, who produced the vocals and keyboards on this album. I have great respect for him for whatever he does. What was it like working with him?

We worked with him for Follow The Reaper, so we’ve known him from a longtime ago and we’ve also toured with him. So we know him in many, many ways. He is a good friend with Alexi, and somehow he has this really natural feeling when he works with Peter. So it’s always a good choice for us to know that Alexi is working with Peter, because when he does his vocals, nobody else is around. I wasn’t there when Peter was in the studio, as Alexi wanted to do the vocals all by himself, aside from Peter. From what I heard, the result sounds good! Peter himself is a vocalist himself, so it’s really important to have that kind of guy to produce the vocals in my opinion. When it comes to keyboards, I don’t know how much producing he was doing this time. Janne handled most of it by himself.

That’s interesting, man. So you mentioned that all the recording and most of the composing was done in the winter time, but did the process actually start before the winter?

We already started composing in the summer time, but usually in our case we start very slowly and then the pace picks up. So I would say most of it was done in very dark autumn or early winter. Winter was quite early, and quite snowy and heavy this year as compared to last year.

Coming back to the sound on the album, you said it’s hard for you to describe it, but while writing, does everything come naturally to you guys? Some bands have a deliberate plan. Is that the case with you?

That’s awesome. The album comes out in June and after that you’ll be doing the Mayhem Fest in America. That’s pretty much America’s biggest mainstream metal festival going around. You’ve done a lot of successful headline and support tours in the States, but this must be a big step for you guys to get that kind of exposure.

Yeah, I guess as a metal festival it is quite mainstream. I don’t know if there is any other metal thing going on in the States when it comes to festival tours. We’ve been kind of always looking forward to play those big festival tours in the States. Either the timing or the money wasn’t somehow making it possible, but timing-wise and business-wise, this time it was doable so we decided to get on it, even though we’re going to miss most of the summer here in Europe. But we still think it’s the right time to do a big festival tour in the States. We’re really looking forward to it and they have a lot of bands we’ve toured with before, so it’s going to be fun.

Yeah, it’s interesting because usually European bands stick to the summer festival season which is so prevalent in Europe. You’re missing out on it this year then!

Yeah, of course, we’ll miss out on it this time which is a shame. The festivals are always fun here in Europe and also as a European band it’s definitely good to be here. But this time we chose to be in the States. Well, we do have a chance to do almost all the June festivals here in Europe, so I guess we’ll be able to do both things.

In October of last year, you guys did a show in India. I heard a lot of interesting things about that, good and bad. What was that experience like for you overall?

It was just one show, and we spent only three days in India. It was kind of like a mainstream festival. I didn’t really know any of the other bands that were playing there. So when we showed up at the place, we realized that there is no roof over the stage. It was the main stage too, and it was already raining. I think it rained the whole day, which is not the case in India often, specially at that time of the year. But then we were like, ‘What can we do?’ Our crew was saying that it’s quite dangerous to play with electric instruments when it’s raining, and that we cannot play if there’s no roof and if it’s going to continue raining. But then we knew that there’s 5000 Indian metalheads who had been waiting there the whole day for us to play. It was a really bad scenario, but then they found these picnic tents. They built one tent for each member of the band on stage. I don’t think it looked good in the lights but everybody was under a tent and we played the show. So it was really interesting but we managed to play anyway, even though it was probably not the best looking show we ever had (laughs). It was still better than having to cancel it.

That’s funny! It must have been dangerous though, even with the tents. Did you feel scared or anything?

Well, the rain was not too heavy anymore. It was just sprinkling, and we also trusted our crew when they said it was fine to play. So I guess we were fine, not scared (laughs).

It must have been different also in the sense that bands normally don’t travel to a country that far away for just one show. The tour usually consists of at least a few shows. So, was that the longest trip you’ve ever done for a one-off show?

I think so! Ten years ago we also played a one-off show in Mexico, but yeah, this India show was probably the longest distance we’ve travelled for in at least ten years (laughs).