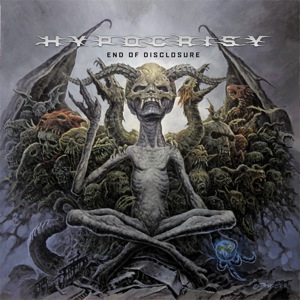 Swedish death metal legends Hypocrisy are all set to release their twelfth studio album ‘End Of Disclosure’ on March 22nd in Europe and April 2nd in North America via Nuclear Blast Records. This one sees the band at the peak of their powers, both in the melodic and aggressive parts of the music, which makes it an album worthwhile for all fans. A few days ago, I spoke to Hypocrisy mastermind Peter Tägtgren to discuss the making of the album, the time period between this and the previous album, the upcoming North American tour, gear, production and lots more. Check out part 1 of the interview below, and get a taste of the new album.

I was checking out the new album, and I think it’s a lot more dynamic than what you’ve done in the recent past. It’s strong on the melody but it’s also heavy and fast. Would you say it kind of goes back to the early Hypocrisy sound in that sense?

Yeah! For me it’s a little bit more simplified, I think. In the past, we struggled for ten years to come up with our own music style in the 90s, and then we kind of went away a little bit from it, in different ways. The past two albums were more about pushing the envelope playing-wise and stuff like that. So, I just wanted to go back a little bit, to get a kind of catchy and simplified riff, but still in your face. It didn’t have to be 15 notes in a second. It could be only two.

You’re right, somehow everything seems to have come out better on this album than the previous few.

Yeah, definitely. The whole thing with the music for me was, you’re not supposed to be needing to listen to it three times to be able to enjoy it, you know. You should get it once and you should get the whole idea, the hooks and the melodies right away. It shouldn’t be an awkward melody, it should be in your face, catchy and instant.

This album has taken four years since the last one. Were you just busy doing your production work for other bands, and also Pain-related stuff?

No, I just didn’t want to do it! I didn’t feel I had anything to put on the table for a couple of years. I was just not motivated to do a Hypocrisy album for a while, and I wanted to wait because I didn’t want to start writing only because I have to. I wanted to start writing music because I wanted to, you know. So that took me a while, plus of course I was busy with producing bands and also making albums with Pain and touring with that. The record company always kept asking, ‘When is the next album coming?’ And I simply told them, ‘When it’s time.’ So it was more like that. I started writing the album 13 months before it was done, so that’s when I started getting the feeling back, and that was time to do it. I wrote one song and then I did something else for a month. Then I wrote another song, plus I went back to the first one and refined it. I did like that for a year until I felt like we had good songs. It’s always good to go back and refine stuff like that. I’m always thinking about simplifying things all the time and not making them complicated. That’s also why all the songs do not remind of each other all the time. May be that’s why it feels fresh to listen to nine songs all the way through. 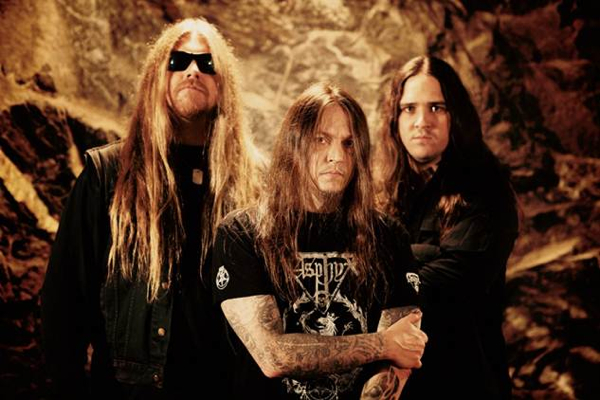 You mentioned your production work for other bands. Do you actually get to decide which bands you’re working on, or do they come to you and you accept them based on your availability?

Sometimes of course you really try to get the bands, you know. I did that with Immortal. I was chasing them for a couple of years before they finally said, ‘OK, we’ll try.’ Most of the time though, it comes from bands contacting me and then it comes between whether it sounds interesting, and my schedule, since I’m not only doing producing.

Coming back to Hypocrisy, your previous release was the 20th anniversary DVD with a live concert video. What impact did that have on you in terms of writing this new album? Did it kind of bring you full circle in any way?

No, I think it was more or less like a gift to the people who were on the tour, because we did a lot of touring on that album and on that tour. So it was more like a souvenir from the tour, but it actually became like a greatest hits kind of thing. It sold very well, and I think it helped hyping up for the new album as well. The people are getting hungry to see us, those who didn’t see us on that tour. Seeing the DVD has made them hungry to go and see Hypocrisy. So that’s really good, and it worked out for us that we put that DVD out while we started working on the new album.

One thing that’s pretty unique about your band is, you’ve been on Nuclear Blast throughout, from the first album to this one. I can’t think of any bands that have been on the same label for so many years. It must be a comforting feeling for you to have their support regardless of how long you’re taking between albums or what kind of music you’re putting out.

So, you have a North American headline tour coming up in May, and I believe that’ll be your first headline tour in America in almost three years? The last time was in 2010, and you toured with a whole bunch of bands. I’m not even able to remember that lineup right now.

Yeah, we had Scar Symmetry, Hate and a few other bands with us on that 2010 tour, I think Blackguard and Swashbuckle were two of the others. It was a weird mix of bands, I remember that, and it was not really in our hands to choose that, to be honest (laughs). This time we’re coming back again and it’s going to be really fun. It’s been a long time since we were there but we definitely want to come back. Most of the bands tour two or three times on an album, but we usually only go there once and that’s it. 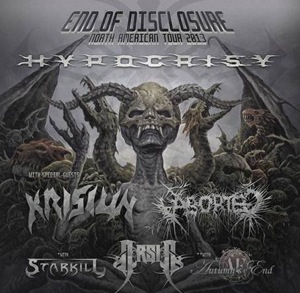 Right, and the other thing is, you also haven’t done any tours as a support act, opening for other bands in this three-year period.

Well yeah, but we’ve done that in the past in America. We opened up for Fear Factory, we opened for Cannibal Corpse, Nile, and a bunch of bands. So we’ve actually done a few support tours and this will be our third headline tour. We did a small, small headline tour in 2002, then the one we talked about, in 2010. Now it’s this one.

The album is releasing soon in Europe and in America, and one aspect that comes with the buildup to the release date is, the label always puts out the whole album on a free stream. What you feel about it? I don’t agree with it, to be honest. I don’t think the whole album should be put out.

Yeah, I don’t know what they do with the streaming. Is that something you can listen to online and not download, or what?

Yeah, it’s supposed to be a stream where you can listen to the whole album start to finish.

Well, I have no clue about those things, to be honest. I do remember that they asked us about that on the last album, or actually on the last Pain album, and I said, ‘Naah, that doesn’t make sense!’ I don’t know what they’ll come up with this time. We’ll have to wait and see!

Coming back to the music on the new album, because of its epic nature and changes in tempo, do you think it’ll be a good live album as well, because it keeps things interesting for you as a band to play that stuff?

Yeah, definitely. When you’ve been going for a while in a certain tempo, it’s always good to do like a 180 and change things, because for me it’s not very often in our songs that the tempo remains the same from the beginning to the end of the song. For me it’s just important to be interesting when you listen to it. I write from my heart and I basically do what I would like to hear. So, I think it’s going to be really cool to play these songs live.

And of course, with every passing album you have more songs to pick from when you’re compiling the set list. Is that something you enjoy or does it become hard?

Yeah, that’s the worst! We have no clue (laughs). But from the tour that we did for the last album, there’s only six songs left live right now. The rest is going to be new. I think it’s going to be five new songs and seven songs, couple of songs that we’ve never played live and the other five are songs we haven’t played for a long, long time. So those who saw the last tour will get a new feeling, for sure. But of course we always have to play ‘Roswell 47′ and’Fractured Millennium’, you know. Those are the ‘hits’, so they will always be included.

Part 2 of the interview is now posted on GuitarWorld.com, here.

*with STARKILL
**with AUTUMN’S END