‘Domination – The Deathfest’ is India’s original extreme metal festival, and it’s back for its fifth edition. This time the lineup features the comeback of Mumbai-based brutal death metal band Exhumation, with support from Gutslit, Witchgoat, Insane Prophecy, Orion and Atmosfear. The gig is set to take place at Hotel United 21 in Thane, Mumbai on March 10th. This gig will treat the audience with almost an entire day of true extreme metal at a meager cost of Rs. 250. In my third interview to support this great festival, I caught up with Bruce McKoy, vocalist/guitarist of Mumbai-based 3-piece groove/death metal band Atmosfear, to talk about the band’s participation in the gig, the lineup changes, the upcoming debut album, future plans, influences and more. Drummer Mayank Sharma also chips in by answering the last question. Read the conversation below, check out their music via the embedded YouTube clip, and visit them and the festival online using the links at the bottom.

You’re confirmed to play at Domination – The Deathfest in a few days time. It seems like the perfect fit for your style of music. How excited are you and what can people expect from you at this show?

Domination is an all out Extreme metal gig non diluted by any other genres. Its going be one hell of a gig and we all at Atmosfear are really psyched to be part of it!

You’ve had many lineup changes in the past, but have you been perfectly satisfied with how things have gone since the 3-piece lineup became stable?

We started off as a 5 piece band in 2006 and now we’re down to 3. Two of the orginal members Me & Mayank (drums) are still here and we’ve been doing all the composing since day 1 . So in terms of song writing our style is  still the same, only we look to progress as we go. With every song we complete we try to out do the previous one. The current line up is perfect although doing vocals and guitar is an added reposibility and I miss the freedom of just playing guitars , doing vocals too is something I really enjoy to the core.

You’re supposed to be working on your first album. How is that going and when can we expect it to be released?

Yes we are gearing up for our first album. Album is in its initial stages and we will keep all of you updated about it as we go along.

There aren’t really any three-piece death metal bands around these days. I can think of only Krisiun as an example. Do you actually see it as a positive to be a somewhat unique band in that sense?

There are ups and downs of being a three piece act. We took to the three piece set up for  want of members that would take the place of the ones that left. Besides being a three piece makes things more simple in terms of live sound and basic things like having whole band jams is not such an issue. Again there are a lot of things that could be different say if we had a second guitar player, the sound would be different, having a full time vocalist/lyricist would make song writing quicker. 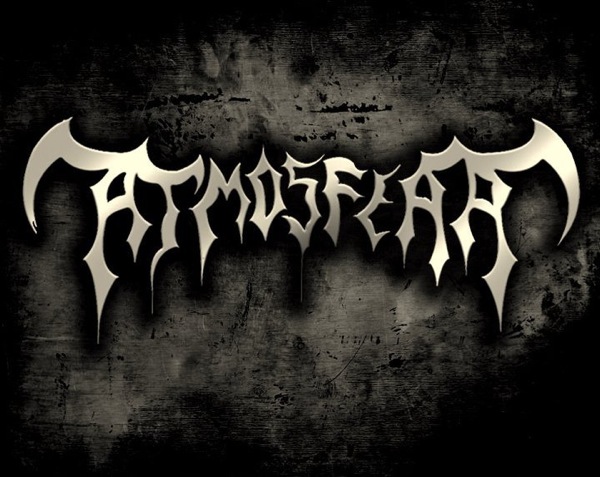 How has your guitar playing changed since you took up the vocals? Are you writing and playing guitar parts differently now?

No parts in any of the songs have been changed in anyway. Everything is the same as it was  before . I always wrote stuff that I could play and do vocals at the same time. The way I write guitar and vocals patterns are still the same but yes I’m continuously trying to get better with what I do so we can put up a good show for y’all!

How does the writing in this lineup take place? Are you the sole writer or are Mayank and Roshan also contributing to the material?

I compose stuff at home and then get it to the jam room . This is where Mayank adds his touch to it cause he’s completely groove oriented. That’s what gives us our death/groove sound. I’m thinking blast.. fast rolls.. thrash beats .. DESTRUCTION OF THE DRUM KIT  \M/ …..!!! And then Mayank comes in with some nice groovy beats that changes the entire complexion of the song in a good way. And yeah he can go fast too !  Jamming on new material with him is always a pleasure . Speaking of new , we’ve got a new bassist in Roshan Samuel and what a find he is . There was a time after Ory’s departure from the band we were thinking about getting a session bassist and then this guy came by. We’ve done just two new songs with him out of which we’re  playing one at Domination so look out for it.

I think you’ve had some problems in the past with one or two members giving more priority to their other bands and leaving Atmosfear as a result. With the current lineup, are you totally committed to Atmosfear and making sure you’re not doing side projects?

We never had any such thing as a “problem” amongst any of the members who have ever played for us . We have been blessed to have some of the coolest and most talented people to be associated with and we’re thankful for that. No one is contract bound and is open towards any side projects if interested. I too play for another band and I’m totally committed towards it  Every musician does have different musical interest and will get involved with projects that satisfy that interest. Pursuing it doesn’t necessarily indicate lack of commitment.

There’s a long list of influences on the band’s facebook profile, and most of those bands are veterans that have been around for at least two decades. Which of those bands do you think are still going as strong as they were in the early days of their youth?

Every band in that list is legendary. These bands are not only going strong but have shown utter dominance over the years. You talk about bands like Cannibal Corpse, Deicide, Suffocation, Sepultura, Slayer they have been around since late 80’s early 90’s, have multiple albums and have shown no signs of slowing down.

You’ve been around for a while yourself, and I believe you used to play quite a few shows outside Mumbai. What happened to all that activity and why did you stop playing such shows in recent times?

Earlier when we started off we did play a few out station gigs mainly competitions. Apart from that we have played gigs in a few cities. We never really stopped playing outstation, it was never really part of our plan. It just happened. Looking back we have no real explanation as to what caused it apart from that we were probably passive in our approach towards promoting the band and lacking right contacts that could get us shows. Atmosfear as a band has always been around and we’re looking to set it right this year. The album too is much overdue and we’re expecting things to move upwards post the release.

You held back your EP release in 2009 because you weren’t exactly happy with the quality of the recording. Now as you work on the first album, is that your biggest priority, to get a professional-quality recording done?

Absolutely ! Its our first album and we’ve worked damn hard for this. No way we’re settling for anything that’s sub standard.

Finally, what’s your opinion on the bands that are part of this Domination lineup and how familiar are you with them?

[Answered by Mayank] Being from Bombay we are good friends with the guys from Gutslit, Exhumation and Orion. Its been long that we guys have met up all together and played a show. Its gonna be a big party. Apart from that I just have met Nolan from Witchgoat (Kryptos) but have never seen them live. So this will be a chance to see these guys and then there is Insane Prophecy all the way from Assam, so have to check them out as well. It is gonna be a MAD GIG, MAD PARTY and a super KICK ASS SHOW. \m/