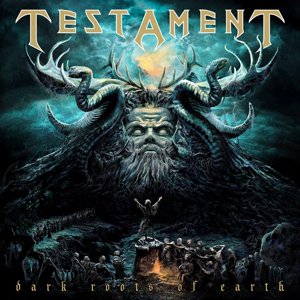 Thrash metal giants Testament released their new album ‘Dark Roots Of Earth’ last July, an album that lived up to all expectations and garnered a positive response from fans and critics worldwide. They followed that up with the final leg of their North American co-headline tour with Anthrax, along with fellow San Francisco Bay Area thrashers Death Angel as support. The band wrapped up 2012, yet another busy and eventful year in their long career, with a special one-off gig in Bangalore, India on December 15th. Now, they’re gearing up for a US headline tour with Overkill, Flotsam & Jetsam and 4Arm as the support acts. Yesterday, on Thursday January 10th 2013, I had a pleasant chat with vocalist Chuck Billy to discuss this tour, and the India experience. It turned out to be an interesting conversation, as is the case every time I talk to Chuck. Read it below, and visit Testament on their facebook and twitter pages for tour dates and more info.

What are you up to these days? I’m sure you must be enjoying the little break that you have now from all the Testament activities that you usually have going on.

Yeah, we had the holiday and the New Year off, and now we have the Overkill tour coming up in a couple of weeks so we’ve just been planning and working on putting together a set for that. We’re trying to change the set because we did three American legs with Anthrax. So we’ll be putting some new songs and some new music into our show, and we’re just focusing on that at the moment. We’re laying out basically the next five or six months of touring, trying to get it all worked out!

That’s awesome. This time the difference, of course, is that you’ll be headlining. As you just said, you toured a lot with Anthrax, but as a co-headliner. Testament fans have been waiting for a long time to see the band as a headline act. I think the last time you did that was after the release of ‘The Formation Of Damnation’, right?

Yeah, exactly! We’re pretty excited about this and like I said, we’re going to work on new songs. That’s the best part about being the headliner, you’ve got control of what to play and how long you could play.

Yeah, and you’re taking out Overkill as the support act, which will make people pretty excited about the whole touring package itself. I don’t really recall you touring with Overkill in recent times.

Yeah, we’ve not toured with them recently, but Overkill was one of the first tours we did in America, in 1987. We haven’t toured together or even performed together for 25 or 26 years!

So, after ‘Dark Roots Of Earth’ came out, you did the third leg of the Anthrax tour. How did you find the new songs on stage, specially in terms of your vocals?

The new songs actually worked out really well. Usually when we do a new record, we probably only put two or three songs into the set, but right out of the gate we put four new songs off of this new record. We really wanted to play five, but we had only like 12 songs to play on that tour so of course we couldn’t make it all about the new record. The songs off of ‘Dark Roots Of Earth’ really feel natural live. I mean, usually we have to work out new songs until we feel comfortable and feel like we own them when we’re playing them with everything else in the set. But these ones just came pretty naturally and when we first started rehearsing, we were like, ‘Oh man, these are going to be fun live!’ It felt really good and we were all pretty pumped up while playing them live. 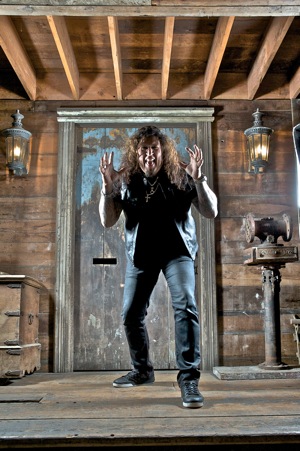 Recently, you also did a show in India. What was that like?

It was good! We were looking forward to it. We’re always looking to go to new places that we’ve never played before. I wish we could have played more shows in India, but unfortunately it was just one show. So it was 28 hours of travel to get there to play the one show, just to turn around and come back home! But it was worth it. It was such a different experience, and the crowd was really good. It was a festival, they had six stages, all kinds of different music. We were one of the very few bands from the US. It was a great crowd, great production, great people. It was a good experience overall and we would really love to go back there again.

Yeah, I think that’s the biggest problem with shows in India. Bands come and play one city, and most people in other parts of the country cannot make it. So I’m sure quite a few of your Indian fans didn’t even get to see the show. They’ll want you to come back to a different city next time.

Yeah, exactly! It was a nice festival though, for sure.

That’s what I’ve been hearing! As you said, you traveled 28 hours each way for one show. Was that the longest trip you’ve ever taken to play just one show?

It definitely was the longest we’ve ever traveled to play one show. Usually our travel to Europe is a long experience, but for this one we flew from here (San Francisco) to Seattle, to France to get on another plane to fly another 19 hours to India. So it was like flying all the way to Europe, turning around and coming back, just to get to India. It was pretty brutal (laughs).

I’m sure it was! But I guess one of the good things about the show would have been, you were playing for the first time so every song must have had a crazy reaction from the fans. You play usually in America and Europe, where people have already seen you perform at least some of the songs before.

Yeah! And we definitely added some older classic songs and it was kinda neat, because the local guys who were working the stage and the monitors, production and a lot of the people that were there, and some guys that were driving the vans for us, they were telling us that they’ve been longtime Testament fans for over 20 years and they were very excited to finally see us play. They couldn’t believe we were finally there after so many years. So that actually made us a little more excited, and that was cool. I would also be at the same level of excitement if I didn’t get to see a band that was one of my favorite bands I grew up with, when I finally get to see them after 20 years. It’s an exciting feeling. So that part was neat, and it was a one-off show and we played very well. We weren’t tired from touring or anything, so it was a really strong show. We were just as excited as the fans, and all those people who were talking to us all day were really pleased. 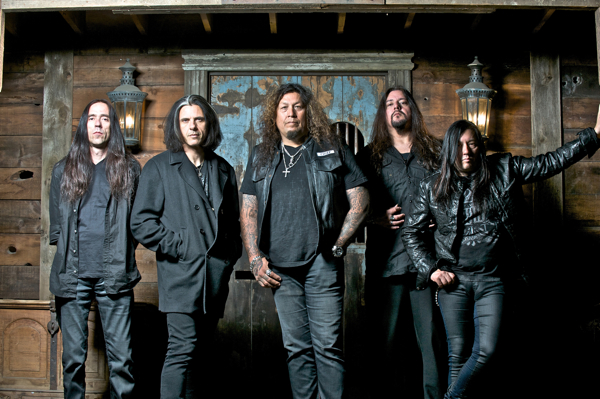 What was that day like for you, other than your own gig? Did you get to see any of the Indian metal bands, or were you just too busy preparing for your own show?

Well, we did pre-production the day before and we got to see some of the local bands soundcheck and warm up. It was a variety of stuff because it wasn’t just a metal festival. There were bands playing bluesy stuff, there were DJs there, so there was lots of different types of stuff but I didn’t get to see any of the metal bands until the night we played, and the band that played before us I thought were really good. I cannot remember their name …

Kryptos is the name you’re looking for, I think.

Yeah, they were really good and I liked them a lot. They’re young kids but they played very well and had some good songs and arrangements. They had a good sound, and I actually enjoyed them!

That’s good to know. As you were saying earlier, you’re gearing up for the next 5-6 months of touring. Is that going to be your thing this year, just touring and promoting the album everywhere?

Yeah, that’s just about it right now. The days of selling records are long gone, and we have to kind of go on the road to promote the record. That’s where it’s at, basically. But the record got a very, very good response from everywhere around the world so I’m sure there’s going to be a lot of places that we’ll play to promote the record. We’ve been talking amongst ourselves, since the record did get such great reviews and stuff like that, it would be kind of neat to may be set up a tour of special shows around the world just to play the record from start to finish, all the songs live. That would be a good promotion as well, and we’d really enjoy that.