June 16th 2017, The Palladium, Hollywood CA: Japanese novelty act Babymetal has gained much fame and notoriety in their seven-year existence thus far. Combining the worlds of heavy metal and the Japanese “idol” genre, Babymetal has its fair share of fans and critics. Three teenage girls singing and dancing in front of a backing band that plays metal is perhaps not everyone’s idea of entertainment. But love them or hate them, their rapid rise in popularity in the American live entertainment market is undeniable, and from playing their first ever U.S. show at the Fonda Theatre in Hollywood in 2014 to now, they have garnered a large fan-following. Prior to joining up as a support act for a handful of dates on Korn’s stadium summer tour, Babymetal returned to Hollywood for a headline show of their own, last Friday June 16th, with Hellyeah as opening act. The iconic, historic 3700-capacity ballroom was completely sold out, and while fans’ excitement was palpable, first-timers entered the event with curiosity and caution.

Doors opened as early as 6:30, and the insanely long queue of ticket holders gradually trickled in through the TSA scanners placed at the entry point of the Palladium. But the line to purchase Babymetal merchandise was almost as long, even with two merch booths in the building. It was certainly the longest merch line we’ve ever seen for any band at the Palladium. As expected, it was a very young crowd, and generally a family atmosphere, as parents treated their kids to this Babymetal experience, and many teenage girls dressed exactly like the members of the band. It was undoubtedly one of the more colorful and cheerful crowds the Palladium has seen, at least for metal shows.

Before the headline act took the stage, Hellyeah arrived at 8 PM in an attempt to warm up the audience with their 60-minute set. They definitely brought their own set of fans to this event, as many Hellyeah shirts were seen, and several devil horns (trademark pending) were raised throughout the band’s set. But they most likely did not win any first-timers / Babymetal fans over, because the set was bland and devoid of any excitement. This may be more to do with the song selection and the general radio-friendly metal direction they’re moving towards with their music, rather than the actual performance itself, because all five band members, vocalist Chad Gray and drummer Vinnie Paul in particular, surely tried their best to get the crowd going, which is all you could ask from an opening act. A sizable portion of the audience was seen roaming the lobbies and indulging in other activities instead of watching Hellyeah. The band ended their set in signature style with their eponymous song, and did not leave the stage until everyone was chanting their name.  On the whole, a performance that was, in every aspect, in stark contrast to what followed.

Promptly at 9:30, the house lights went out and Babymetal made their entrance amidst very loud cheers from a completely packed Palladium. The backing band, known as the Kami Band, took their positions and started blazing away on their respective instruments, and the three girls at the forefront began the show with a singing, dancing, cheerleading routine straight out of a J-pop sequence. While many in the crowd obviously knew what to expect, some, this reviewer included, were left thinking what on earth they were watching. Babymetal’s style of live performance, to anyone who has no knowledge of J-pop/idol bands, undeniably comes across as strange at first and takes some getting used to, but once that bridge is crossed, it is pure, unbridled entertainment, and more than anything, the realization of witnessing something new, unique and shocking is what leads to a positive experience.

The three frontwomen Su-metal, Yuimetal and Moametal deliver their vocals and stage moves with perfect synchronicity, and clearly a lot of practice and choreography goes into this aspect. While this may be the standout visual feature of Babymetal, the Kami Band deserves just as much credit, and fittingly enough, they did get their moment in the spotlight at one point in the show, when it was just them playing an instrumental track. Make no mistake, the members of the Kami Band are top-notch musicians, and some of the music they play is strongly similar to power metal and guitar shred-based styles of metal, and the type of music that fits perfectly with fantasy and anime themes. Babymetal live up to their country’s culture, as they are very quintessentially Japanese in everything they do in this band.

The best part of Babymetal is the fact that even though the focus is on the trio at the forefront, the audience is consuming some excellently orchestrated heavy metal. Kids are getting to listen to this music because their parents and guardians have brought them here to watch this wildly theatrical and visually stimulating band. The same kids will surely gravitate towards heavier and more obscure sub-genres of metal purely through the gateway Babymetal is opening for them, which is a beautiful thing. If Metal Assault were to ever be asked to recommend a gateway metal band in the year 2017, Babymetal would be the only answer.

Babymetal is without doubt one of the most theatrical and visual acts going around, and they left no stone unturned in giving this Palladium crowd a show to remember. But when you think about how much bigger and more elaborate their stage production is for shows in other parts of the world, it only makes you imagine it to be far more incredible than the relatively stripped-down U.S. version of the show, and fans would hope that the band can bring all the bells and whistles to the States in the not-so-distant future. Based on the success of this event, indications are clear that not too many years down the road, Babymetal will be headlining the Forum or Staples Center.

With a spectacular concert experience that has the power to turn staunch haters into lifelong fans, Babymetal is on the fast track to global domination, and beckons you to come along for the ride. 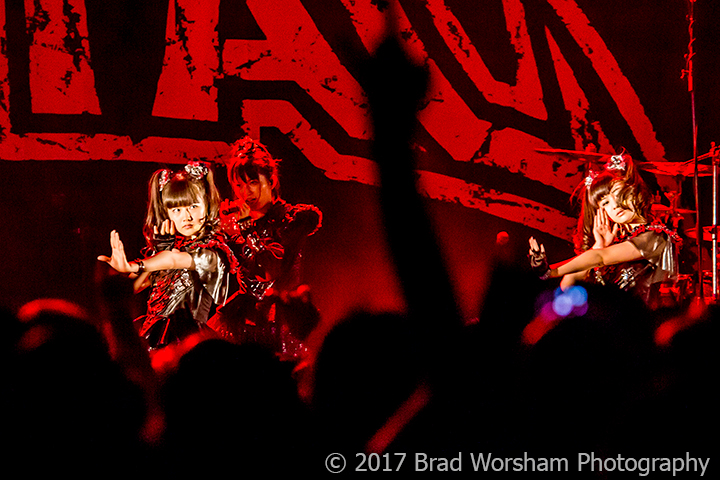 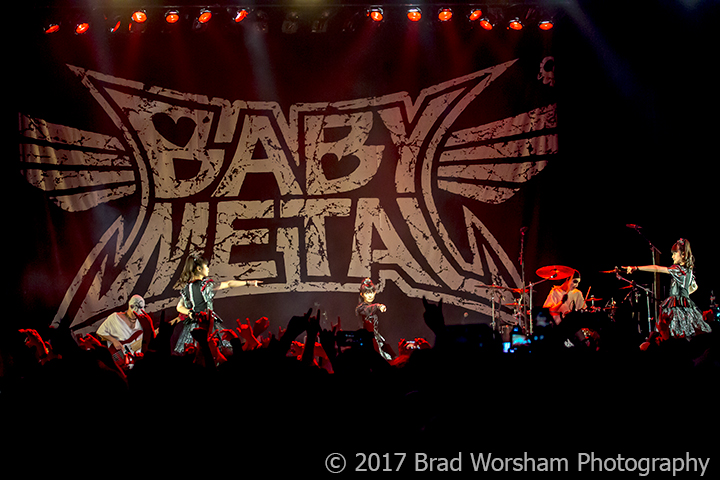