June 22nd 2017, 5 Star Bar, Los Angeles CA: Passion in rock n’ roll and heavy metal still exists and when it’s the primary reason for getting out of bed in the morning to struggle or succeed with life on the road, you should do your part and pay attention because this is what dedicated musicians do and anything less is more often than not set to fail. On Thursday June 22nd, I visited the 5 Star Bar in downtown Los Angeles for a very well rounded line-up, all with skills and talent to back it up. Headlining this show was Mountain drummer Corky Laing and his gang and the set list was primarily Mountain classics. Also on the bill were Sourvein, Behold The Monolith, and The Stoning. The irony here is that 5 Star Bar is a dive bar with a small stage and not the most amazing sound system you’ve ever encountered, and these bands rely on sound quality as much as anything. If you go in expecting great sound you just set yourself up for disappointment, but if you go in expecting it to sound as good as it can with professional musicians and a professional sound guy who compensates for any slack in the system by cranking up the volume to a level where there is not much room for it to be bad, if that makes any sense, then you will have a good time.

As for Behold! The Monolith who was the first band I had a chance to see on this particular night, they are by far one of the best local LA acts out there in my opinion. They have a very unique sound that is not typical as styled with their mix of doom with some stoner metal, a bit of psychedelic rock, plus growling death vocals. They have a fairly new addition in the vocal department and in my opinion the band is at an all time high. Matt Price’s guitar work is at worst phenomenal and a treat to hear. The female death growl style vocals are just the right amount, and this band with very little to no stage antics is purely about creating the best possible music and there is no crime in that. The music becomes so intense at times with the wild fluctuations in guitar styling to the creative drumming to the fun bass tones to the harsh well-trained vocals, that it provides a visual movement on its own. Basically, you can see the energy and flow of the music while they play it on the stage and you don’t need drugs to do it. While the female vocalist was nothing but professional and definitely talented she did seem to be slightly timid on stage which can be a quality and not a crutch, but perhaps just the occasional song announcement would also be well perceived. For me even with the undeniable talent yet to come, this was still the best performance of the night. 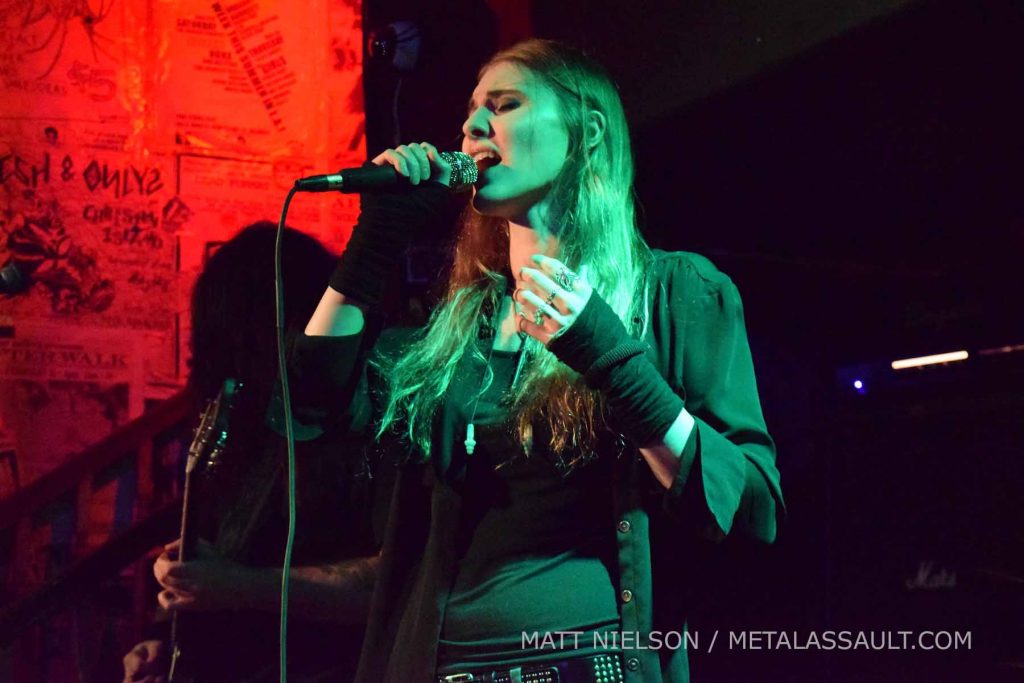 On to Sourvein, who was captured for this show along their current small tour, and they brought the sludge, rock, and the doom metal to the room. The distinct vocals with some great creative bass riffs, sludgy guitar and high crash attack drumming make this band a must see. The energy was high and they were a perfect fit with Behold! The Monolith. They really push the envelope with this combination of music and it really holds up in the modern day. Sadly this evening was not the greatest turnout, probably because people who don’t know the headliner don’t make effort to see a show even if they are familiar with the other bands and their talent. If you are in Los Angeles and the show is run by Church Of The 8th day, and you have good taste in different genres of heavy metal, chances are you are going to have a wonderful time at any show. This whole line up was top of the line talent and for only $10 there really is no reason not to, unless of course you are allergic to dive bars with ample space.

After this hard hitting attack of talent, Corky Laing and his gang cobbled the stage with what was a semi unique and always fun trait where they set up the drums stage left up front, so the trio could stand in a row. Corky played with much passion and energy and the seventies rock was alive and well, while the guitarist, vocalist, and youngest member of the team brought in some modern techniques, although that seventies vibe and structure was also well played and apparent. It was inspiring to watch someone who looked so young in comparison to the music he was playing and he really understood the style well. Corky had that hard hitting rock attack with the high hat pounce that perhaps someone like Chad Smith was inspired by. Anyone who knows Mountain was living a nostalgic moment for sure, and the multi string bass gave all a run for their money as well. The cleanliness of the vocals, the harmonizing, and pure skill with passion took this to a high level where it was amazing to have the honor to see them at a small place such as this. The only problem was that of course because its a dive bar setting and three microphones needed to be adjusted to the correct levels, the band had quite a bit of complaining to do. I think the biggest issue was that the band could not hear themselves as well as the audience could. Regardless, stadium shows have technical issues and people complain less. It brought the audience out of what was otherwise a very outstanding set, but once all was rectified it was no matter. For anyone who is unfamiliar with Mountain and likes great seventies east coast hard rock n’ roll, I suggest you get on to checking this band out because chances are you didn’t know you’d love them. It was reminiscent of some of the type of songs you would hear from Bang! and that was definitely a plus for me. Just when you thought the band couldn’t get better, the guitarist pulled out a flute and blew us all away. It can be tough to play to a small audience, as well as a large for other reasons I imagine, but all who were in attendance had a great time and were honored to have the experience.

As far as this show and this venue, it is the first time that I didn’t have a bad time because of sound even with the imperfections of the space, and it won’t be the last time I attend, especially when there are such great and well thought-out line ups on offer. This show was far more enjoyable than I had ever imagined and if you missed it you really might want to consider getting more involved in the happenings in the scene because the hidden gems such as this show are all over it. 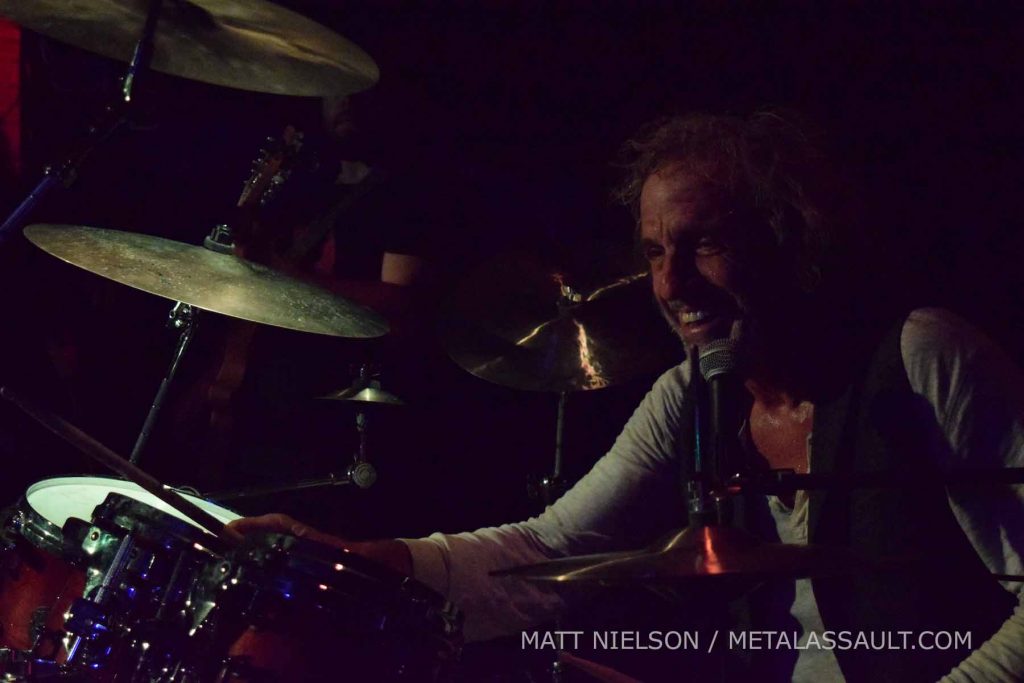