August 2nd 2017, The International, Knoxville TN: Resting in the rickety warehouse district of Knoxville, Tennessee, is the town’s principal venue for heavy metal. The International hosts every genre, but says it can really cater to the extreme. Last Wednesday proved that to be true. That worn-down part of town was buzzing with the excitement as hundreds of young, punk kids gathered to enjoy Summer Slaughter. Starting out in the US ten years ago, Summer Slaughter is a tour that caters primarily to very heavy metal bands. Taking a month or two, a handful of acts from around the world come together and make for the most extreme tour of the year.

The first band of the day took the stage in the early, sunny afternoon. Pumped people trickled in as local act, Absent From The Body, delivered. Every face was lit up and ready to enjoy this annual tour, but upon discovering that the venue had no air conditioning wavered some spirits. By the time Vancouver’s Angelmaker took the stage, everyone was already hot and bothered. Self-described as ‘brutiful’, the Canadian band was well received with their melodic, deathcore sound. It being an all ages show, the youth had stamina and were determined to have a good time. Angelmaker doused the crowd with excitement and built the anticipation for all the great bands to come. Next up, Lorna Shore, the young New Jersey band is a Hot Topic wet dream. Emotionally charged and ‘dark’, the band’s brooding connected well with every fourteen year old in the room.

With set changes lasting over 20 minutes, the crowd had plenty of time to mingle and even meet some of their heroes. Kids gathered eagerly to snap selfies and collect autographs, making it impossible not to smile at their genuine happiness. The audience was struck with some delicious European flare when, all the way from Paris, Betraying The Martyrs, hit the stage. People were drawn in by their unique, approachable sound. With no bass player and a French Fabio on the keyboards, they caught a lot of attention. Frontman Aaron Matts knew how to engage and coax the crowd, even pulling off a pretty impressive wall of death. They clearly were one of the most outstanding bands of the day, with their intensity, focus, and engagement. Switching gears, the alien themed metal band from California, Rings of Saturn, took the stage next. Weird and stale, the band’s priority was not putting on an entertaining show. Their technical style had the band focused on their craft with little to no crowd interaction. With plenty of 808, the band was memorable for hurting your eardrums and that was about it.

The ceiling fans mocked the crowd as they spun their simple blades that had zero affect on the heat. Then things really began to get hot when Origin‘s intro music kicked in. Anger and fury rained down as the legendary band stormed the stage. Ear plugs could not hold back the severe sound these guys can produce. Watching the impeccable player, Paul Ryan, display his guitar techniques was a real treat. Their experience was evident when they faced technical difficulties and no one really noticed. One of the oldest bands on the line-up and by far one of the most brutal. To spice things up, Origin got political when they played, ‘Truthslayer’, a song off their recent record, ‘Unparalleled Universe’. They probed the audience to divide into two groups, one side liberal and the other conservative. The unsuspecting kids went along with it and seemed to take it in a light-hearted way. After hearing such expertise, the next band Oceano had big shoes to fill. With no original members left, this Chicago based band seemed to only be appreciated by the younger kids in the audience. Everyone else looked a bit bored. Their dropped tuning relived the angst for the young deathcore fans, but their performance was underwhelming for everybody else. To see the generational difference was fascinating. A lot of the youth waited patiently to get through Origin, and Oceano was then tolerated by the adults. Yet everyone in that sweat box was happy to be there, and that’s the power of metal.

The Faceless is a regular on the Summer Slaughter band lineup, but many questioned if they’d make it this year. With a last minute fill-in on the drums, this Californian band actually showed up and played. Known for their peculiarities and specialized style, this extreme act was welcomed with open arms by the crowd. Their harsh and meticulous performance had the band looking stoic, but genuine. Vocalist Ken Sorceron got the crowd excited when he mentioned their new album was done and that they’re just waiting for a release date. Up next were the first headliners of the day, the death metal masters Dying Fetus. From the East coast, these guys have been perfecting their craft for over 25 years. As a three-piece, it’s remarkable how they make such a massive, startling sound. Pouring out blast beats and breakdowns, they roared with intention and outrage. The title track off of their new album, ‘Wrong One To Fuck With’, stirred the crowd with its unrelenting fierceness and finesse. These guys culminate what extreme metal should sound like.

The last band of the day, The Black Dahlia Murder, took the stage roughly around 10 PM. They headlined Summer Slaughter before in 2008, and last Wednesday they proved they are still as good as they were then. These death metallers from Detroit played their 2007 album ‘Nocturnal’ in its entirety to celebrate its 10-year anniversary. They also whipped out some new material from their upcoming album ‘Nighbringers’, which will be released on October 6th through Metal Blade Records. The International’s sound system was able to give justice to TBDM’s dynamic, dour, death music. Original member and frontman Trevor Strnad led the band in their vicious attack on the enthusiastic crowd. Punctuating with blast beats and uncanny gutturals, these guys are headlining this tour again for a reason. The group oozed out of the show dazed and happy when it was all over. Each face was covered in sweat and a smile of triumph on their face. Though not having air conditioning is nearly unforgivable, The International did host an amazing group of bands who love to do what they do. Kids got to meet their heroes and experience some of the best brutal music out there, even if it was in a stifling, smelly venue. Supporting good music is worth it.

The Black Dahlia Murder set list:
01. Everything Went Black
02. What a Horrible Night to Have a Curse
03. Virally Yours
04. I Worship Only What You Bleed
05. Nocturnal
06. Deathmask Divine
07. Of Darkness Spawned
08. Climactic Degradation
09. To a Breathless Oblivion
10. Warborn
11. Nightbringers
12. I Will Return 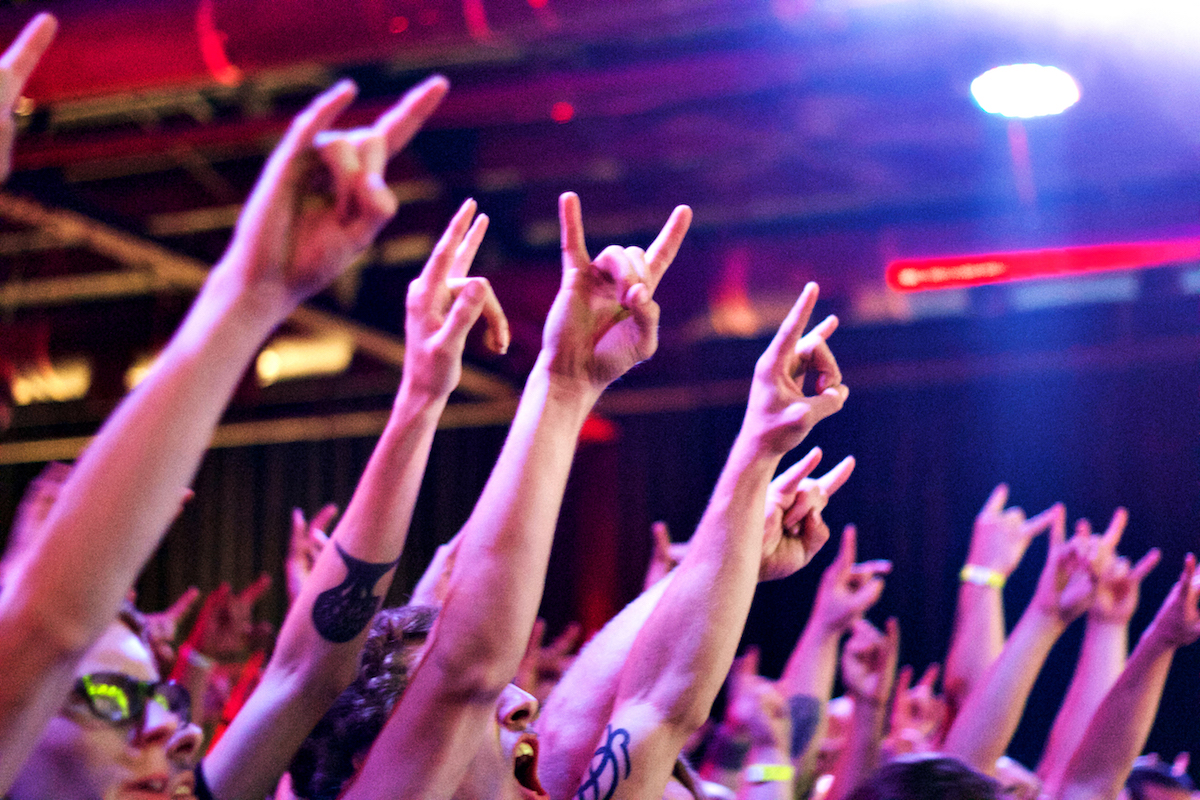