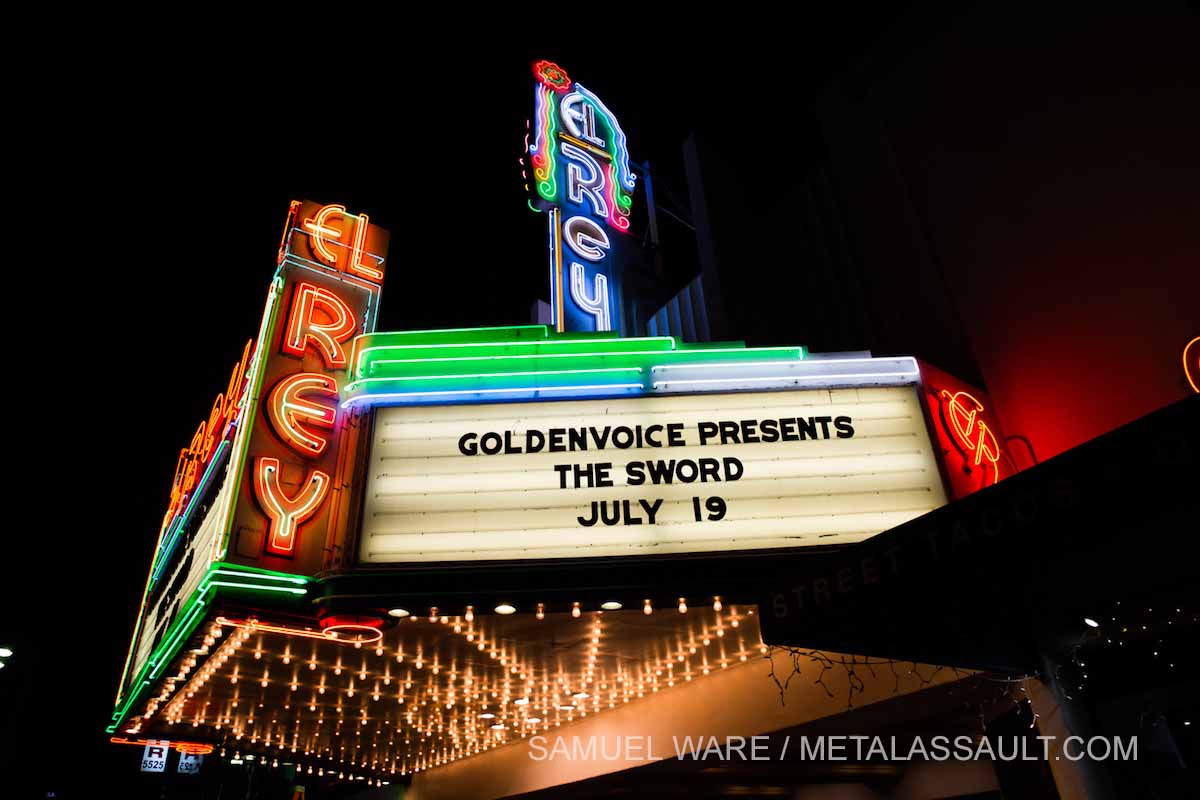 July 19th 2017, El Rey Theatre, Los Angeles CA: Austin, Texas stoner rock group The Sword are currently on a North American headline tour, to promote their latest release, the live album ‘Greetings From…’ and to present an assortment of their material old, new and unreleased. This is one band that has polarized fans in recent years, but the rate at which they gain new fans is perhaps greater than that at which they lose any, as evident from the stellar turnout they were greeted to in Los Angeles last week, on a Wednesday night no less, as they marked a triumphant return to a venue they’re familiar with and fond of, the El Rey Theatre.

Doors opened at 7:30, the venue steadily filled in, and the show began at 8:30 as All Souls took the stage. Having a local/regional opening act just for the sake of it is one thing, but to have such a top-class Los Angeles-based band open the show is a whole another. The standard couldn’t have been set any higher than what All Souls did with their performance here, and theirs was certainly going to be a tough act to follow. Comprising veterans of heavy music hailing from such bands as Fatso Jetson, Totimoshi and Black Elk, this quartet rocked the crowd with their smooth, heavy jams, and if ever there was a case for an opening act to get an encore, this would have been it. That did not happen, but All Souls left a long-lasting impression. To those who had seen this very new band previously at venues like The Viper Room and the Satellite, it was clear that they have what it takes, sonically and in stage presence, to dominate much bigger rooms like the El Rey. All Souls proved to be a fantastic addition to this show, and those that arrived fashionably too late to catch them missed out on a thoroughly enjoyable set. 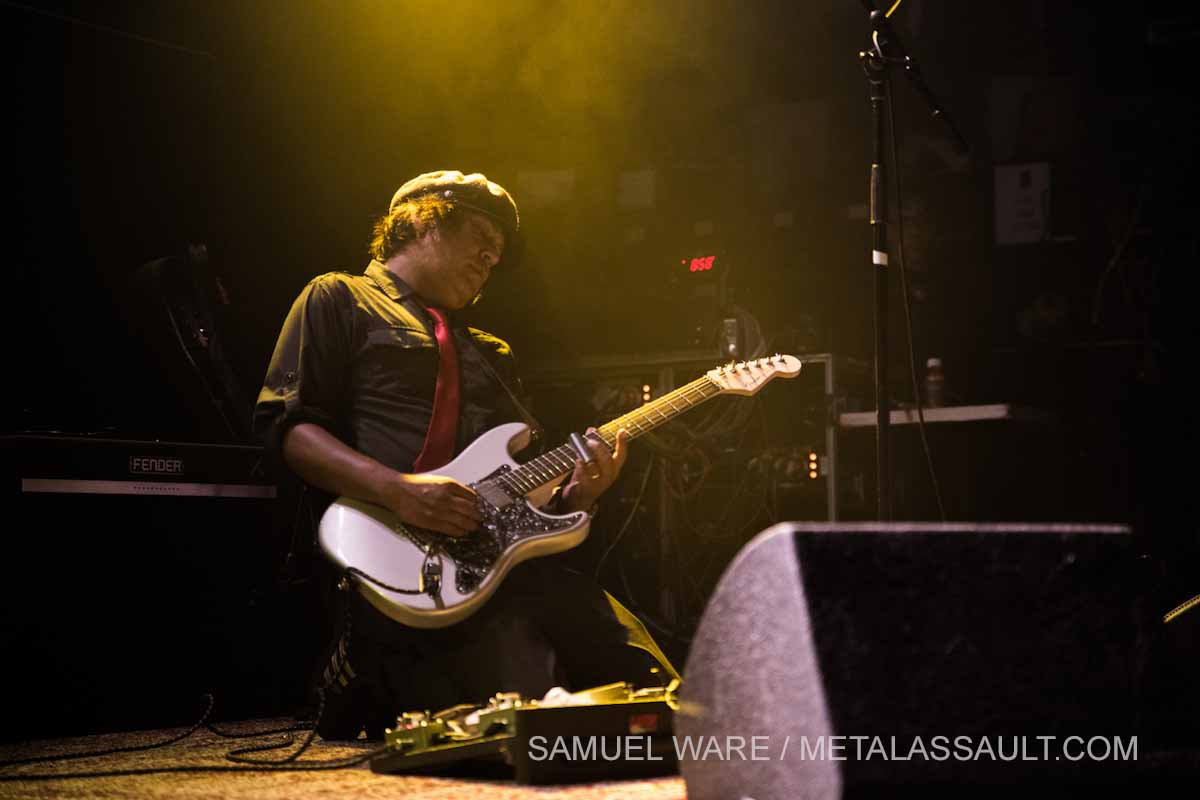 Next up was The Sword’s touring support act, Big Jesus from Atlanta GA. To give the readers some perspective here, on their recent headline tours The Sword brought bands like Royal Thunder, All Them Witches, Big Business and Gypsyhawk, all undeniably excellent bands that the audiences loved. In comparison and contrast, Big Jesus is not at all up the alley for fans of The Sword, or of heavy music in general, because the singing style of this band makes them sound more like some kind of pop music, and most definitely cannot be termed rock or metal, not even remotely so. In a different setting and lineup, Big Jesus might just make more sense and be better received, but not as a support act to The Sword. And again, this is not us being metal elitists, because we’ve shown our support to plenty of bands that aren’t exactly metal (The Sword’s recent years included). Big Jesus is easily the worst support band The Sword has ever brought out on tour, and anyone going to a show on the remainder of the tour is strongly advised to avoid their set completely. 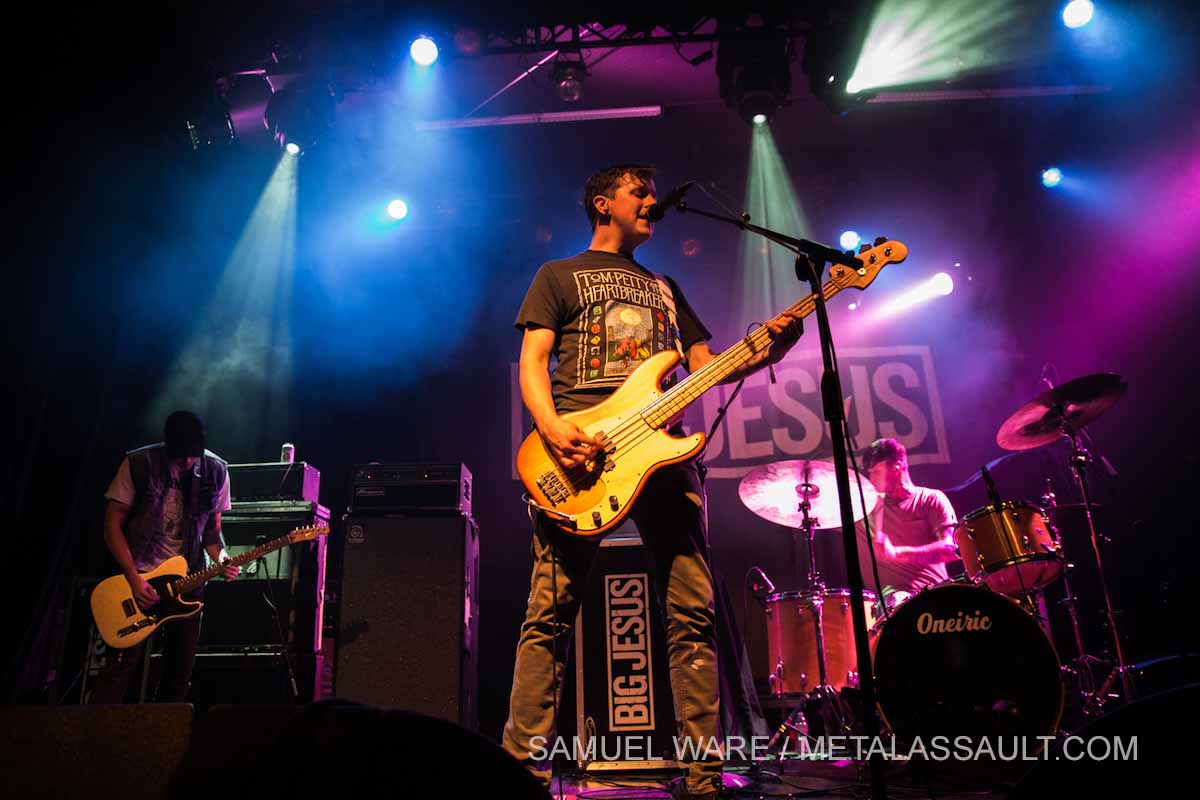 The anxious wait for the clock to strike 10:30 was lengthened and intensified by the performance of the main support act, but finally The Sword hit the stage with ‘Maiden, Mother & Crone’, and it was time to breathe easy and bask in the headline act’s tunes. The most striking, pleasing and instantly noticeable feature of the band’s sound was guitarist Kyle Shutt’s tone, which was absolutely exemplary and oozed sheer class as he laid down the riffs and solos with effortless ease but maximum impact. Alongside him, frontman J.D. Cronise was doing a mighty fine job in putting forth his vocals and guitar parts as well, and the rhythm section of Bryan Richie (bass) and Jimmy Vela (drums) stayed in the dark background but served as the sonic backbone. No matter what fans’ opinion is of the band’s recent material, there is never any doubt about the quality of their live shows, and with performances like this, the band is able to successfully change the minds of people who may have written off the band upon hearing an album they didn’t quite appreciate.

The set was expertly compiled, presenting selections from the latest studio albums ‘High Country’ (2015) and ‘Apocryphon’ (2012) but also touching upon the past albums ‘Warp Riders’ (2010), ‘Gods of the Earth’ (2008) and ‘Age of Winters’ (2006), and even playing a Blind Willie Johnson cover which appears on the new live album. But what really made this show special for fans was the inclusion of two unreleased tracks, both of which sounded great and raised the anticipation further for the band’s next studio album. The crowd was in high spirits throughout the 75-minute performance, as circle pits were breaking out and stage diving occurred, even during moments that didn’t necessarily suit these activities.  The Sword were on top of their game here and delivered probably their best performance in the Los Angeles area in recent years, and the crowd reciprocated in full.

The Sword had a major lineup change in 2010, and there is no denying that they have gone through changes in musical direction, but the essence of what drew listeners and audiences towards them in the first place still remains, and in that sense, this incarnation of The Sword is no different from that of the early years. Don’t write them off, and go witness it for yourselves at one of their shows. The jams may be smoother, but The Sword still rock. 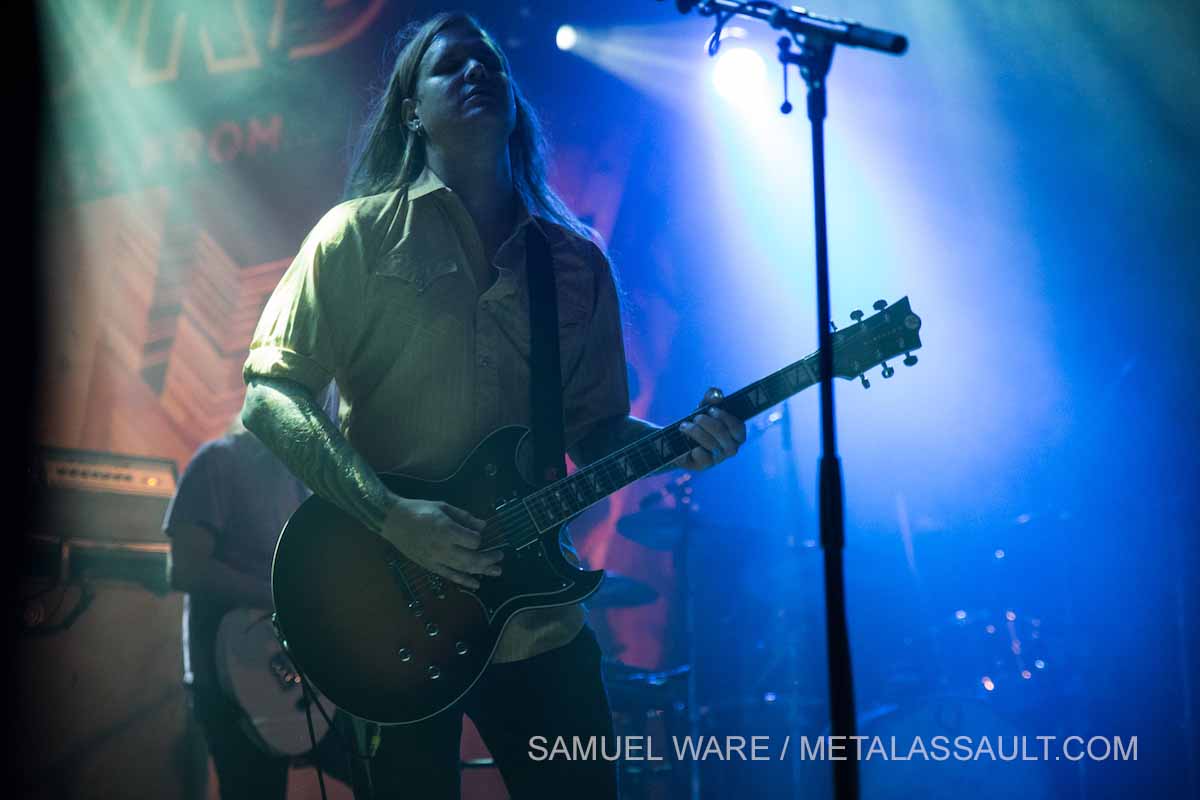