July 6th 2017, The Observatory, Santa Ana CA: More than 30 years into their career, the Melvins still continue to push themselves to take on new ventures, and 2017 sees their biggest undertaking yet, ‘A Walk with Love and Death’, their first ever double album. This is a combination of ‘Love’, a soundtrack to the Melvins-produced short film, and ‘Death’, a standard Melvins album. To celebrate this release, they embarked on a very extensive 12-week North American headline tour, with support act Spotlights, and on the second day of the journey, arrived in Santa Ana, California for a gig at The Observatory Orange County. Less than 2 weeks ago, the Melvins opened for Tool at the Glen Helen Amphitheater in San Bernardino, but watching them play outdoors in broad sunlight hardly even counts, and fans of the band in Southern California came back for more. Last Thursday July 6th, Orange County was ready to experience a proper Melvins headline show.

Brooklyn, New York trio Spotlights, who also happen to be the Melvins’ label mates at Ipecac, were the sole opening act for this event, and they took the stage at 8:15 to get the show off to the ideal start. With their stoner rock jams they got this crowd perfectly ready for the headliner. Spotlights’ tunes went from dreamy to heavy through smooth transitions, and they certainly showcased their talent and held the audience’s attention. Being the only opening band on a high-profile tour can be a blessing and a curse at the same time, but Spotlights proved themselves to be worthy of the spot, and a band Melvins fans definitely should catch on this tour. 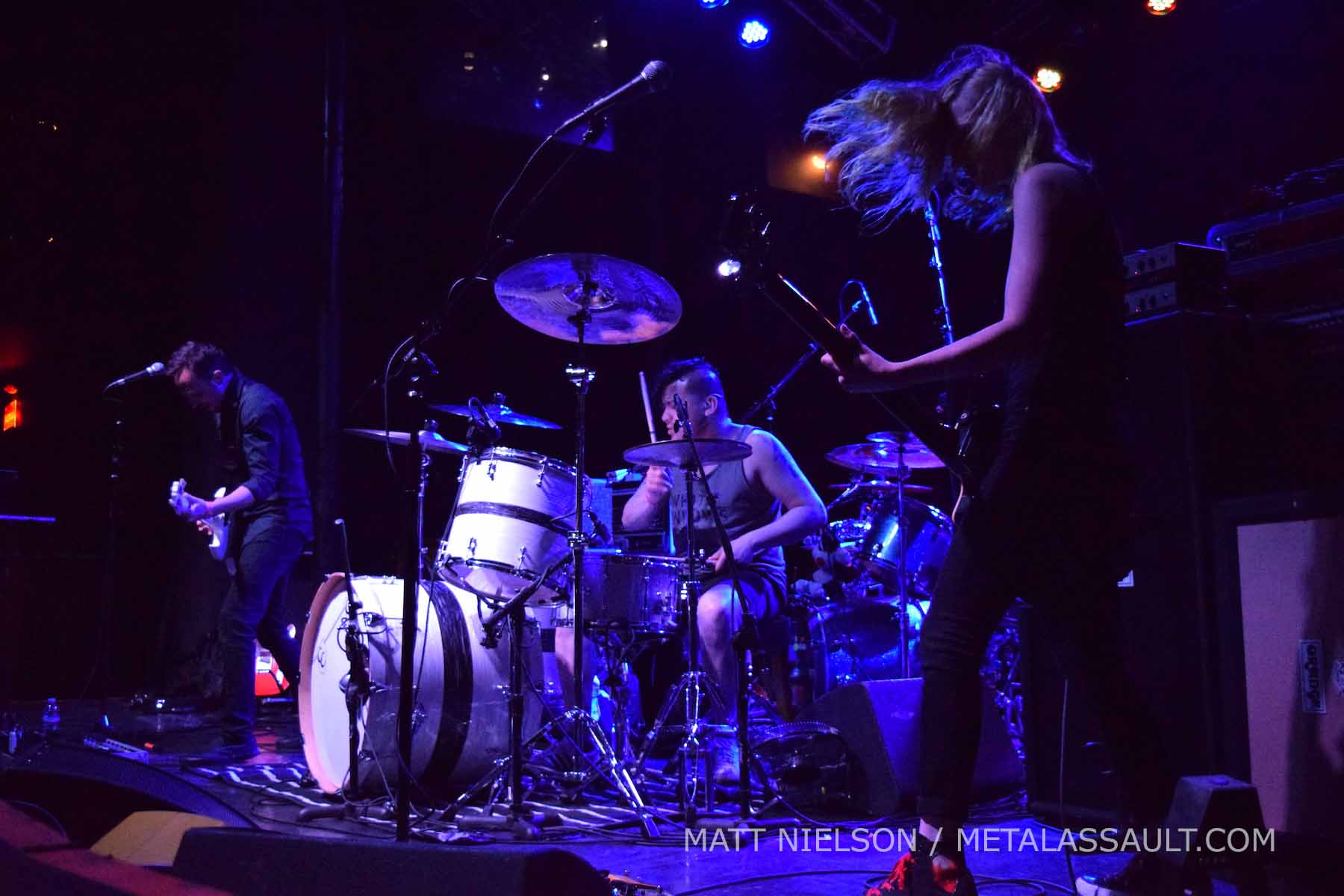 Shortly after, the Melvins arrived on stage without much fuss, and laid into a non-stop 16-song set wherein they hardly even paused to address the crowd. They got into the zone and hit their peak right at the outset, and never relented. Of course, the set included three songs off of the new release, along with some older tunes, and some brilliantly chosen covers executed in signature Melvins style. Frontman Buzz Osborne was in his element, as were drummer Dale Crover and bassist Steven Shane McDonald, and time flew as they seamlessly moved from one song to another. The entire set felt like one giant single song, and such was the class and quality of the performance, it was only anticlimactic to see the house lights turned on immediately after the 16th song, the band walking off the stage and not returning for an encore.

The brand new songs added further to an already excellent set which presented plenty of tunes from albums all the way through the ’90s as well as some from the late ‘2000s. The most amazing and unique aspect of a Melvins set is that the newer material sounds as strong as the old, and on the other hand, the old songs do not sound dated whatsoever, and come across as completely relevant in the year 2017. Such a compilation of songs when performed live really shows how ahead of their time the Melvins have always been, from the beginning of their career and even now. Upon listening to a lot of stoner/sludge/doom bands that surfaced in the last 20 years and got popular, it’s clear that the Melvins were one of their biggest influences. And still, 34 years into their career, they continue to live up to their legacy and stand as an inspiration to one and all.

Besides inspiring others with their tunes, the Melvins also touched upon their own influences with three cover songs in this set, their renditions of the David Bowie song ‘Saviour Machine’ and the Beatles’ ‘I Want to Hold Your Hand’ standing out as two of the highlights of the entire evening. Aside from putting on a clinic on their respective instruments, all three members delivered immaculate vocals and presented some powerful vocal harmonies and trade-offs throughout the set. The mosh pits were going full tilt, the head-bangers were loving every moment of it, and the audience as a whole was mesmerized and overpowered by this monolithic Melvins performance.

Not many bands would dare to embark on a 12-week North American tour in this day and age, but only are the Melvins doing it, they are bringing a show that is going to rock the socks off every city and every venue they visit on this epic journey. If you kept missing the Melvins boat over the years for whatever reason, now is as good a time as any to jump on board.