November 5th 2016, The Belasco, Los Angeles CA: Whether it be as a solo artist, under the Porcupine Tree name, collaborations with other musicians, or producing, engineering, mixing or mastering other bands, progressive rock luminary Steven Wilson has carved an illustrious and prolific career for himself spanning the past three decades and more, and continues to create and release new music with greater frequency than almost all of his contemporaries. Porcupine Tree was put on hold after the touring cycle for the band’s 2009 album ‘The Incident’, and Wilson has since focussed on his solo career. His most recent full-length effort ‘Hand. Cannot. Erase.’ was released in February 2015, and was followed by the ‘4½’ EP less than a year later. In November 2016, he embarked on a US headline tour to play shows in an ‘evening with’ format, performing two full sets, the complete ‘Hand. Cannot. Erase.’ album as well as an assortment of solo and Porcupine Tree material, and some special surprises. What’s more, there would be no opening act. Wilson and his band arrived in downtown Los Angeles for a gig at the Belasco on Saturday November 5th, and spellbound the capacity crowd with an unparalleled live concert experience.

At 8:15, the lights went out and the projection screen in the stage backdrop began displaying the visual story that would accompany the performance of ‘Hand. Cannot. Erase.’ Amidst loud cheers, Steven Wilson and his band mates quietly arrived on the stage and took their positions. The quintet went on to bring the 65-minute album to life in a manner that held the audience in complete captivity. Listening to the album’s studio version is one thing but to witness it performed fully live with such intricate attention to every detail was fascinating and incredibly compelling, from the first note of ‘First Regret’, through stellar compositions such as the title track, ‘Home Invasion’ and ‘Ancestral’, right until the very end with ‘Ascendent Here On …’. Playing albums in their entirety live has become so contrived and done-to-death, to the extent that bands use it as a cop-out to compensate for the lack of ideas for a tour set list, and it seems overdone mainly because most of these albums do not carry any identifiable theme, concept or story. But ‘Hand. Cannot. Erase.’ is a glorious exception, and Steven Wilson most certainly cannot be lumped in the same category as other bands playing albums just for the sake of doing so. 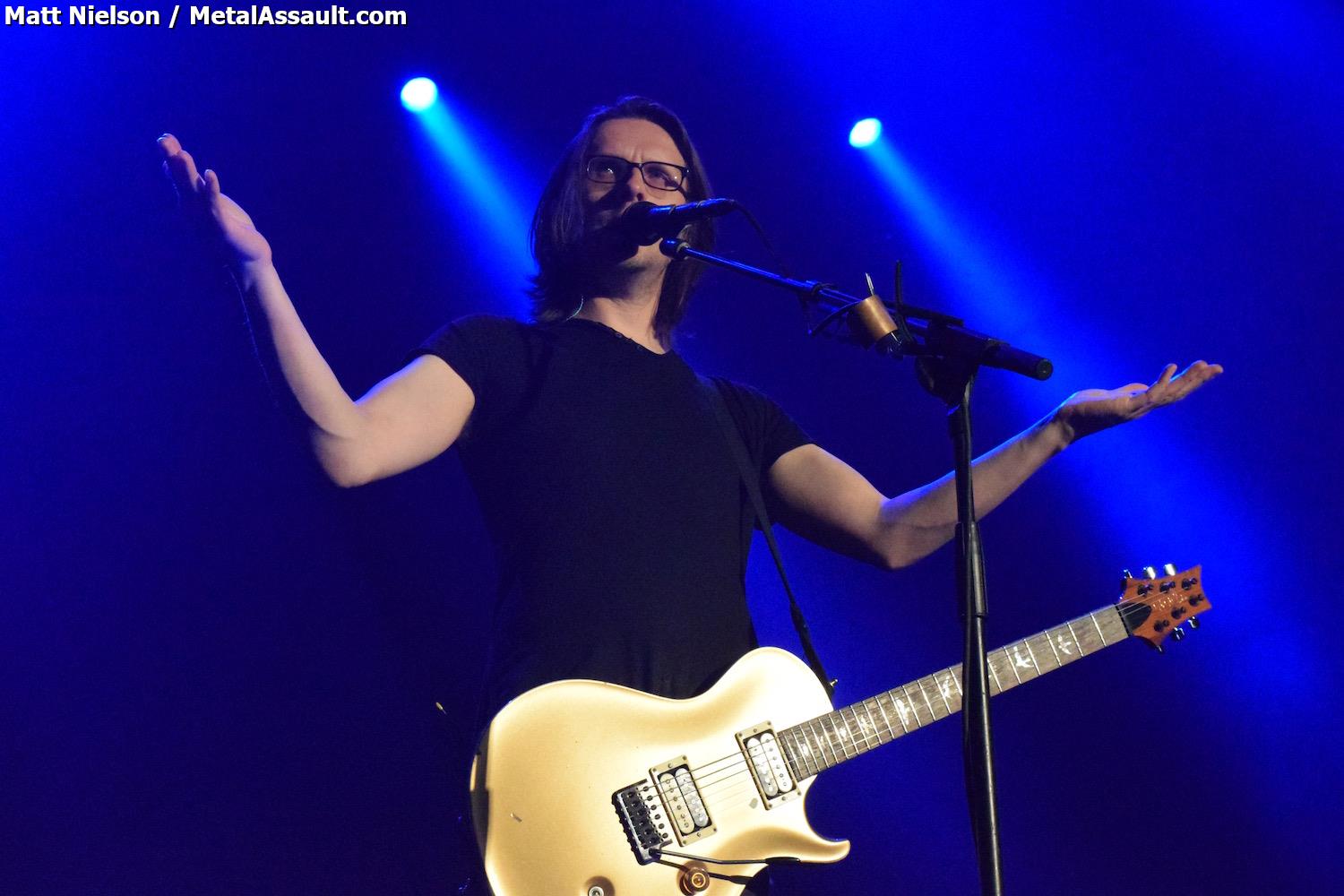 Besides the musicianship exhibited by Wilson himself and his band mates, the contribution of Ninet Tayeb was also very notable, the singer having collaborated to sing on the studio recordings and doing the same on this stage to make this concert extra rare and special for those in attendance. Following the complete performance of the latest album, the band took a 20-minute intermission and returned to play another epic 11-song set, comprising Porcupine Tree songs, solo material, and more, with songs like ‘Harmony Korine’ and ‘Sleep Together’ standing out as highlights. While addressing the crowd between songs, Wilson expressed his heartfelt love for his two musical heroes Prince and David Bowie, and paid tribute to Bowie, first with the Porcupine Tree song ‘Lazarus’ and then a cover of ‘Space Oddity’. The visual projections remained a part of the show through this second set as well. Towards the end, to take the show to mind-blowing multi-dimensional proportions, a translucent curtain was lowered between them and the audience, and the band played two songs with additional visuals projected on this curtain.

As always, Steven Wilson talked to the audience throughout the show, but unlike some of his prog rock/metal contemporaries, was able to garner the audience’s undivided attention even while doing so, as every topic he touched upon served food for thought. He admitted to being a creator of depressing, melancholic music as a way to exorcise his own dark side. He also lamented the state of music in terms of the wider gap between new albums in comparison to the ’70s and ’80s, taking a jab at bands like Tool in the process of speaking on this topic. He kept a humorous vibe intact even through these serious monologues, and fans enjoyed listening to him talk as much as they did watching him sing and play guitar and keyboards.

He warned the audience about this being a “rather long” show, and rightly so, as clocking in nearly three hours, this was one of his longest live performances in the Los Angeles area. Bands holding an audience for that long to the effect that no one leaves the building until the very last note, specially in Los Angeles, is extremely rare and almost unheard of, but such was the brilliance of this show. Even though the show was sold out by the time the band took the stage, the $40 ticket price deterred some fans from attending. Whether affordability (or lack of) is a valid reason or a mere excuse, the stark reality is that $40 is spent by most people on things far less engaging and certainly far less memorable. This was, hands down, one of the finest, most breathtaking and magical shows of the year 2016. At 49 years of age, Steven Wilson is at his peak as creator and performer but shows no signs of stopping or slowing down, and anyone that claims to be a fan of live music owes it to themselves to attend this man’s show at every available opportunity.