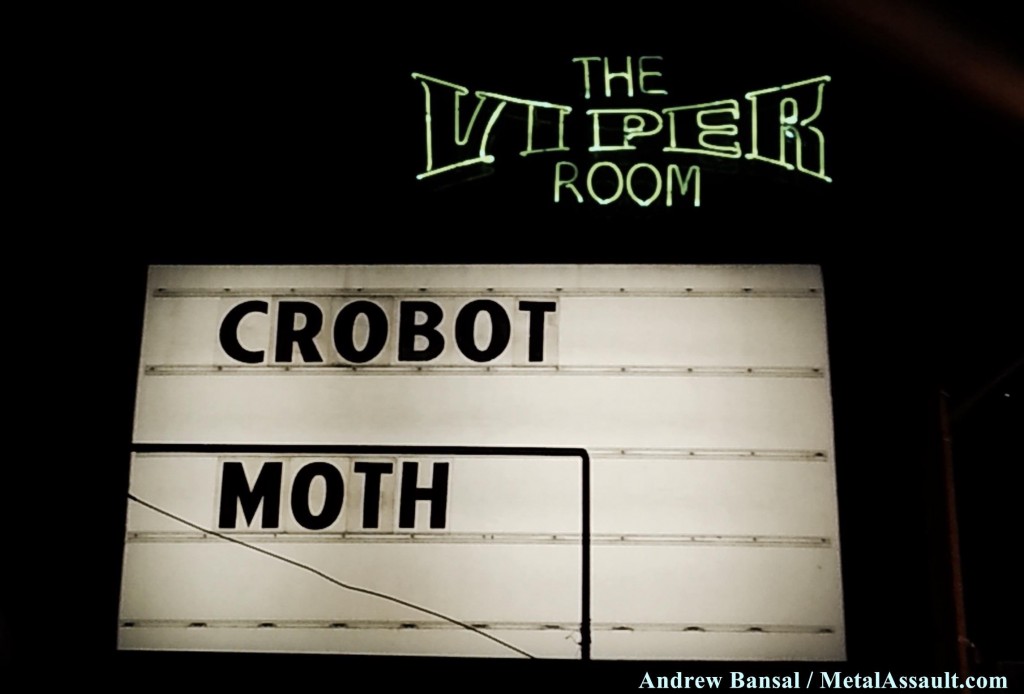 April 20th 2015, The Viper Room, West Hollywood CA: Hailing from Pottsville, Pennsylvania, stoner rock quartet Crobot started out in 2011 and within three years built themselves up towards a stellar debut full-length album ‘Something Supernatural’ released in 2014, and an unmistakably impressive live show to go with it. They successfully completed their first ever US West Coast headlining run last summer, including a high-octane gig at the Viper Room, and in the leadup to a massive spring 2015 North American run with Volbeat and Anthrax, they returned to the scene of the crime in West Hollywood for another headline show, this time aptly marking the 420 occasion and serving up not just free rolling papers but also a very heavy and hesher-friendly 60-minute set.

They took the stage at 11 PM and played almost the entirety of ‘Something Supernatural’, along with a brand new tune. In comparison to the turnout here last summer, there was an appreciably larger number of people in attendance. This being an otherwise dead Monday night on the Sunset Strip meant that the crowd did not consist of any random walk-ins and was entirely comprised of Crobot fans, as was evident from the loud cheers and singalongs the band was receiving for chorus lines of almost every song. Frontman Brandon Yeagley was in his element, as were his band mates Chris Bishop on guitar, Jake Figueroa on bass and Paul Figueroa on drums in the band’s vintage four-piece setup. The energy was flowing through all layers of the sound, came from all parts of the stage, and knew no boundaries. The entirety of the set was filled to the brim with pure stoner rock gold, but ‘La Mano de Lucifer’ perhaps stood out as the highlight for possessing the most singable chorus. Crobot’s live show comes as the ideal companion for a beer-fueled, smoke-filled evening and is tailored to satiate headbangers to the fullest. 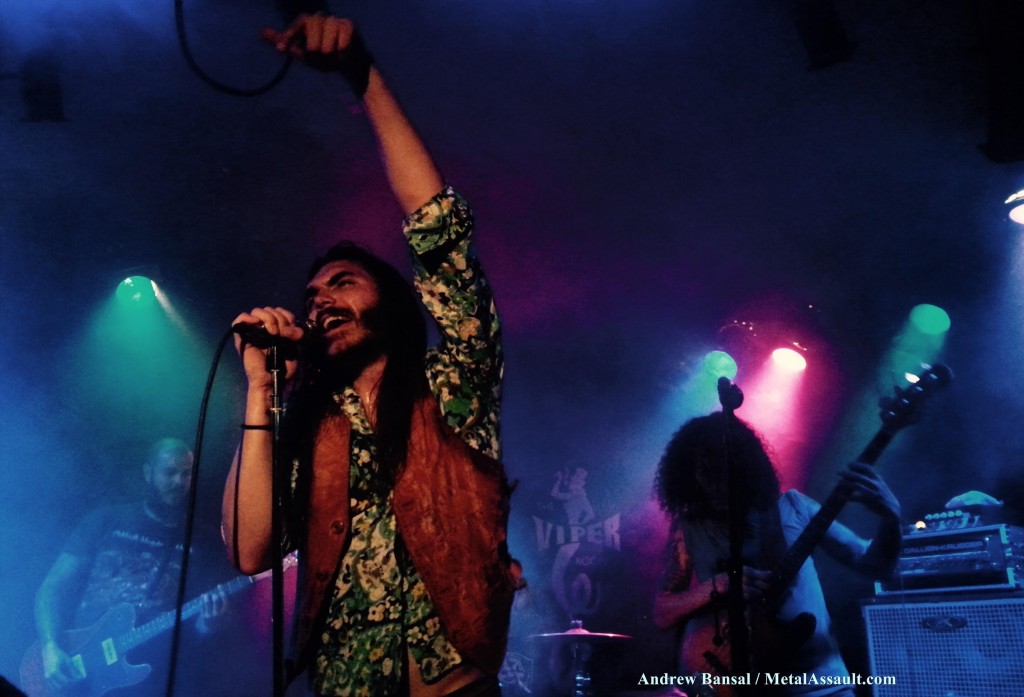 Crobot’s live show comes as the ideal companion for a beer-fueled, smoke-filled evening and is tailored to satiate headbangers to the fullest. It’s Clutch on crack, it’s the band Black Label Society would have been if they had a good singer and did not litter everything with pinch harmonics, but most importantly, it’s stoner rock done right. The hipster generation congregated at a different show this evening, but Crobot at the Viper Room was most definitely the real deal 420 celebration.

One gets the feeling that they will be a much bigger band the next time they do a headline tour around these parts. They deserve to reach out to bigger audiences worlwide, but the only hope is they stick to their guns musically, and don’t do it through the radio rock route like the band they are about to open for. For now, they are as legit as they come in this genre. All hail Crobot.