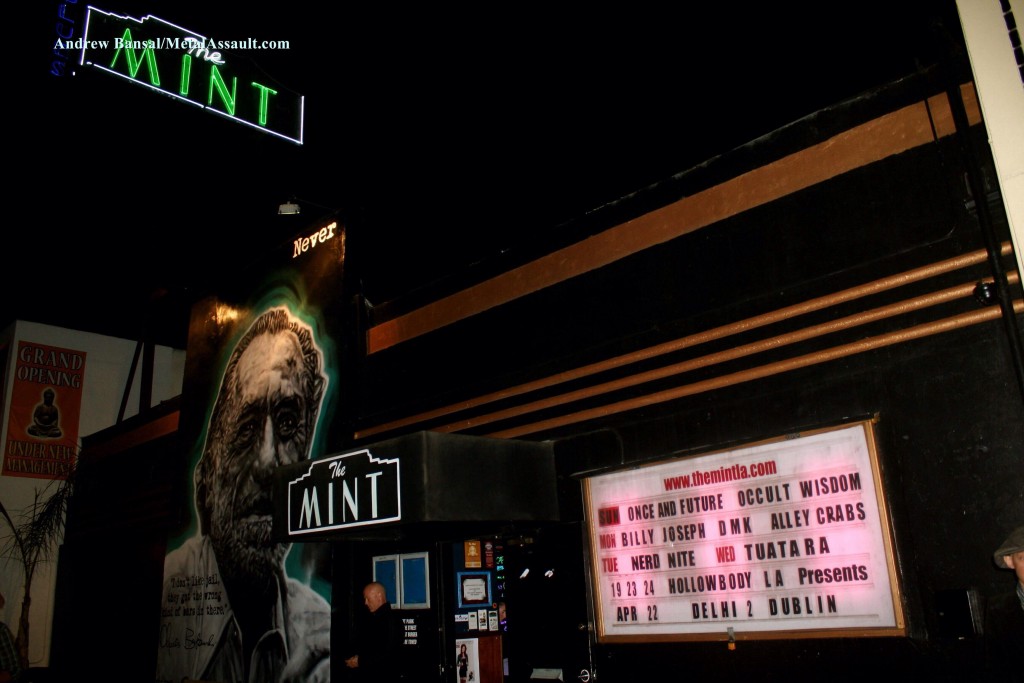 April 12th 2015, The Mint, Los Angeles CA: In 2014, Los Angeles-based stoner/psychedelic/space rock trio Occult Wisdom served as a local opening act to Black Cobra at the Satellite, and through the purity of their rock expression, created a first impression strong enough to compel attendees to track their activities ever since. As soon as they announced a gig at the Mint for Sunday April 12 2015, it found itself slotted in Metal Assault’s agenda. A longer set including newer material was expected to make this a performance even better than the previous one.

Located in a desolate part of western Los Angeles, the Mint typically gives rock/metal fans no real reason to visit its confines, but Occult Wisdom brought a few of LA’s rock faithful to an otherwise very non rock n’ roll venue, a trait absolutely clear from the moment one walks into it and sets sight on the booths adjoining the walls, the tables lined up in the front row against the stage, and the overall vibe exuded by the room. But soon enough, the wait would end and Occult Wisdom would provide some much-needed relief to their out-of-place fans.

They played a 40-minute set that sounded incredibly crystal clear and delightfully heavy, as the three members locked in to a groove right from the outset and never fell out of it at any moment. The vocal harmony between guitarist Spencer Jacob Grau and drummer Andy Campanella came through with great power, and this quality was all the more prevalent on the two new rock opera-style songs they played, ‘Above Below’, and the highlight of the entire set, ‘Love Is Dead (Part 1)’.

Occult Wisdom’s jams portray the stoner/psychedelic style of rock with effortless perfection. This is heavy music the way it is supposed to sound. 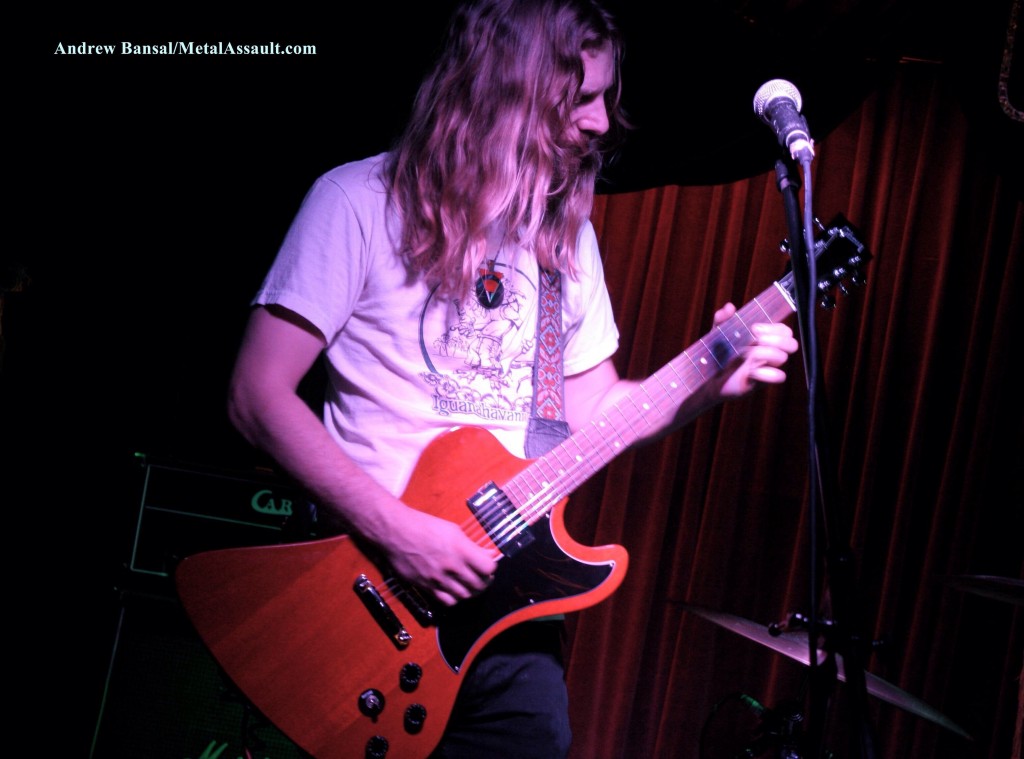