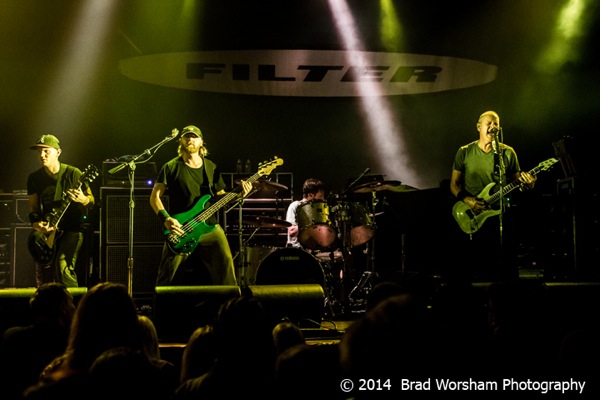 July 13th 2014, House Of Blues, Anaheim CA: Hailing from New York City, Helmet have been around since 1989 and enjoy a worldwide fan-following through a discography that features seven compelling studio albums to go with great live performances to present these tunes to the masses. Led by mastermind Page Hamilton on vocals and guitar, Helmet’s last studio effort ‘Seeing Eye Dog’ came in 2010 but currently they’re out on the road in the US with Filter and Local H on ‘The Anti-Folk Revival Tour In Drop-D’. Helmet have announced a full-on 20th anniversary celebration of their third studio album ‘Betty’ by the promise of playing it in its entirety on a two-month Europe tour later this year, and as a precursor to it, they also played the Betty album as a one-off for a headline show at the Viper Room in West Hollywood on July 11th (although a second ‘Betty’ US show has been subsequently added, at Reggie’s in Chicago IL on August 16th). Two nights later, they performed a much different set at the House Of Blues Anaheim in Downtown Disney as main support to Filter. 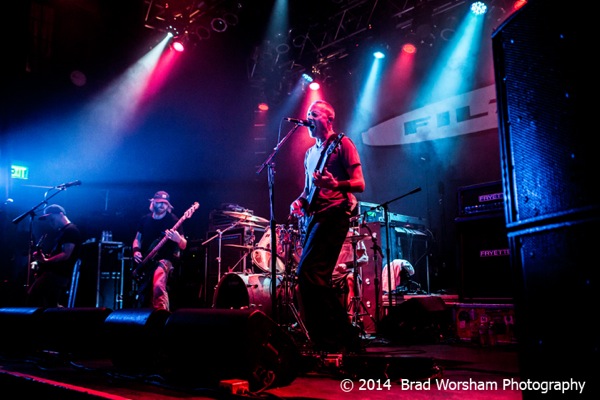 The last (and only other) time I saw Helmet was at the House Of Blues Sunset Strip in April 2011 on the first ever Metal Alliance Tour, where they were definitely an oddball choice to be included in a lineup that consisted of bands such as Saint Vitus, Crowbar, Kylesa, Red Fang and The Atlas Moth. But in many ways their music formed a solid fit with that crowd, and I was instantly a fan of their live presentation. On this occasion, Helmet took the stage at around 9:30 for a righteous 40-minute set in which Page Hamilton’s guitar emanated one killer riff after another along with some great vocal delivery, and his musicianship was in perfect synchronicity with the efforts of his band mates Dan Beeman (guitar), Kyle Stevenson (drums) and Dave Case (bass). This incarnation of Helmet has been steady for about four years now, and certainly puts forth a live show that brings much delight to the worshippers of the riff and fans of eclectic, experimental heavy music.

The band hit their groove right from the get-go, never stepping off it as Page Hamilton hardly talked at all between songs, maintaining a continuous flow through the set. Theirs was a performance high in quality and quantity, extremely easy for this audience to appreciate, because Helmet are one of those rare rock bands that can be enjoyed in a live setting even by those who have zero knowledge of their material. Hearing the incredible ‘Betty’ album in its entirety would have been quite an experience, but this set was a much broader representation of their catalog instead, and a better depiction of the band for the first-timers and newbies in this audience which was expectedly filled with a majority of Filter fans. All in all, a brilliant set by Helmet in every sense. 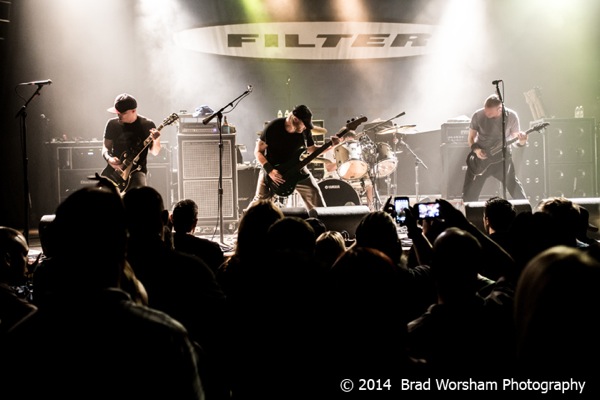