January 22 2014, House Of Blues, Anaheim CA: As a precursor to the largest gathering of musicians and music industry professionals in America, i.e. NAMM, a group of heavy metal luminaries united to play the ‘Metal Masters’ show at a sold-out House Of Blues Anaheim. The Metal Masters event started out as a pre-dominantly East Coast thing, but making its debut on the West Coast in 2012 and returning to these parts for its fifth edition this year. It promised to treat metalheads with a jam-oriented show featuring some of the most popular and loved musicians of the genre, in various permutations and combinations that one doesn’t get to see normally, and an aspect very much unique to this event. There was a long queue of people waiting outside the venue before doors opened, in eager anticipation of a memorable night.

Signed memorabilia items were being thrown out into the audience while they waited for the event to start, things such as drum heads, guitar picks and the like. At around 9:20, David Ellefson and Frank Bello’s new collaboration Altitudes & Attitude was introduced on to the stage, and along with Chris Broderick on guitar and Mike Portnoy on drums, they played two songs off of their self-titled EP, ‘Booze & Cigarettes’ and ‘Here Again’, following which they were joined by Scott Ian and the quintet went on to play Cheap Trick’s ‘Auf Wiedersehen’. He then gave away a Metal Masters guitar by challenging someone from the audience to play the main riff of ‘Caught In A Mosh’. This initial segment of the show spiraled into a non-stop jam session with musicians taking turns to play various tunes, and although this was only the beginning, one felt that the audience already had their money’s worth of entertainment. 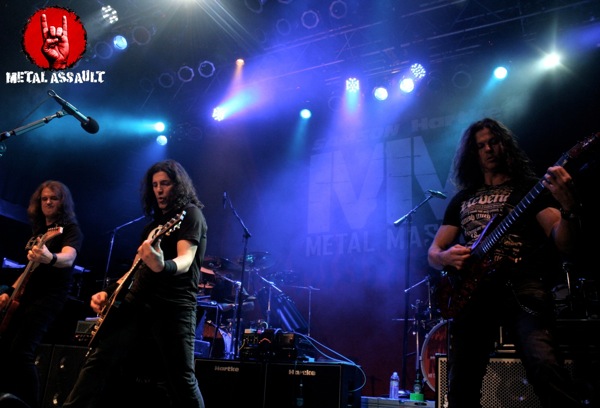 Bassist extraordinaire Billy Sheehan lent his golden touch to the event by participating in a Dream Theater cover, amongst doing other tunes, but the major surprise was the appearance of Steve Vai, and him doing David Lee Roth’s ‘Shy Boy’ with Sheehan and Portnoy was one of the highlights of the set. Besides, members of Megadeth, Anthrax, Slayer, Exodus, Testament, Pantera and others appeared on stage and gave fans a hefty dose of metal, as you can see in the set list below, which also informs you who exactly played on which song. 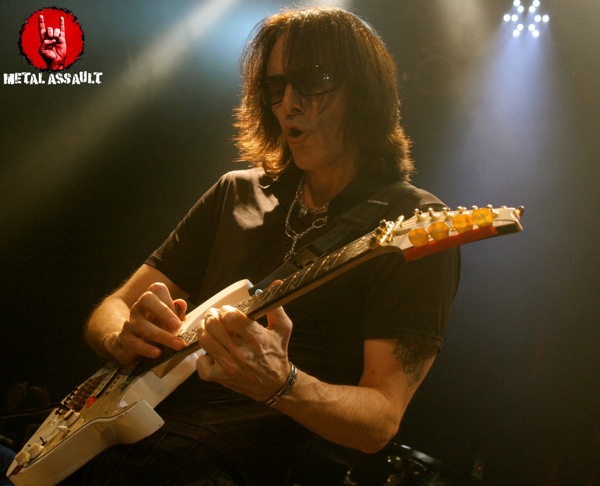 In all honesty, as great as the Slayer and Pantera covers were with Anselmo and Chuck Billy fronting this all-star ensemble, their covers of the Iron Maiden, Cheap Trick and KISS tunes were far more enjoyable in this reviewer’s humble opinion, because it’s not something they usually do and it showcased their musical influences. Even though fans loved hearing Anselmo sing Pantera tunes and Kerry King jamming on Slayer, a larger number of the more ‘classic’ material would have made this set even better. With that said, there certainly is no room for criticism here, as the show was fantastic by all means. The combinations of musicians were well-chosen for the demands of each song, and every single one of them that took part gave it his best.

Metal Masters 5 was a truly memorable event, and Southern California metalheads would hope for the tradition to continue annually for all eternity.

Check out a flash slideshow of the complete photo gallery from the show below (51 photos):