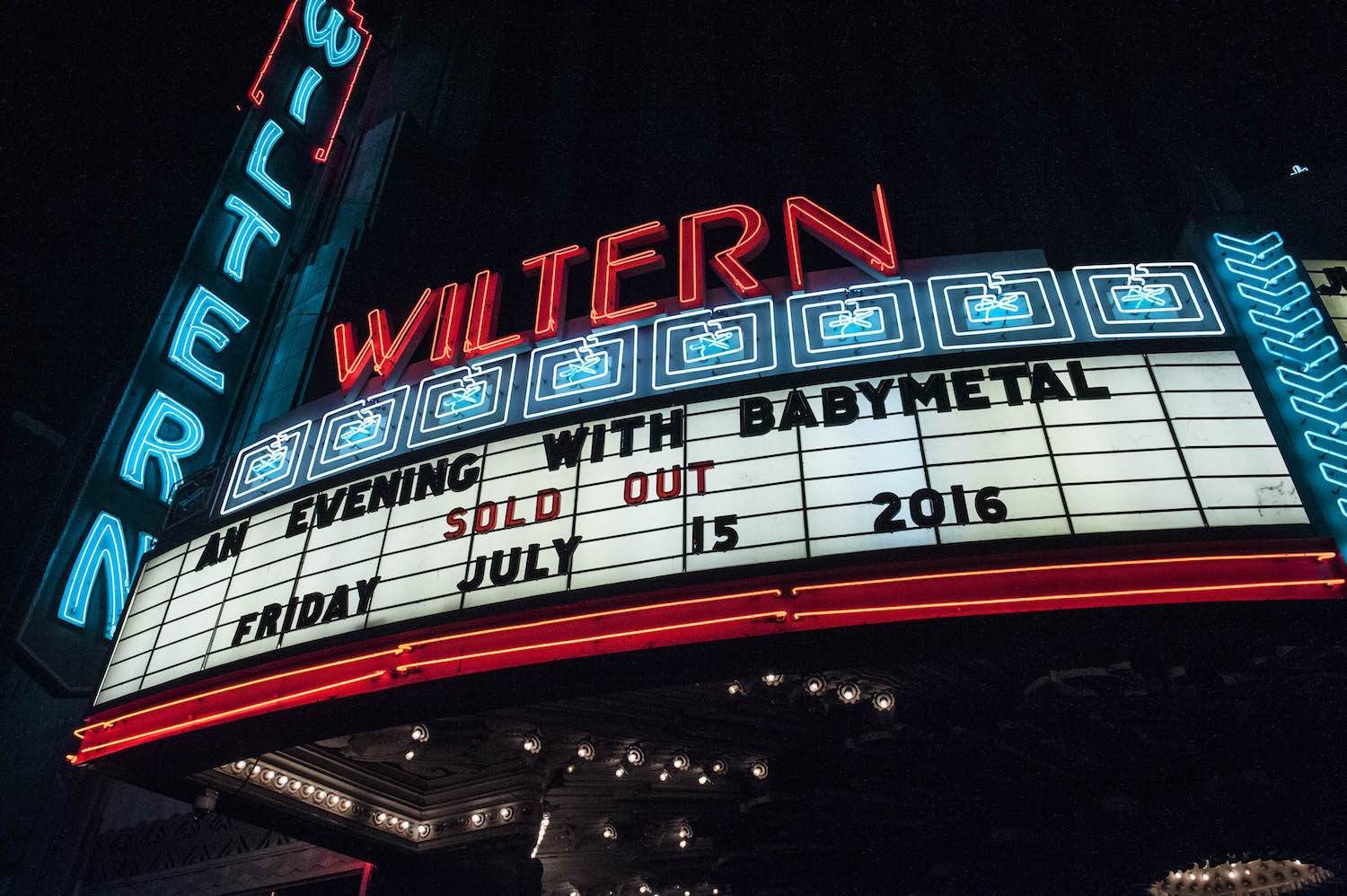 July 15th 2016, The Wiltern, Los Angeles CA: Metal genres now have genres within genres and the latest trend that seems to keep the metal scene in the fresh meat category rather than the walking undead is mixing odd genres of music together with one or more genres of metal in a wildly unique and successful way that can even grasp at the corners of mainstream appeal. What the hell band could I possibly be discussing? Well sadly, probably nothing born in America because we are too busy fighting with ourselves to dovetail unity and culture into our heavy metal. That said, there are exceptions to every rule, but the band I am referring to is Japan’s own Babymetal. Their self-titled debut album was born two years ago and the three gothic Lolita-styled black n’ red dressed J-pop idol girls in pig tails with red bows that front the live show started at around 14 years old of age, so the name of the band speaks volumes on the subject at hand. These three young and adorable Japanese girls are quite adept at vocal skills and their choreographed dance moves are a force from the dark side, and should not be challenged but can only be accepted. The metal band in the background of the stage is a masterly group of players in white robes and face paint with speedy death riffs that keep the show alive from start to finish. On Friday July 15th 2016, I had my first live Babymetal experience at the Wiltern in Los Angeles. 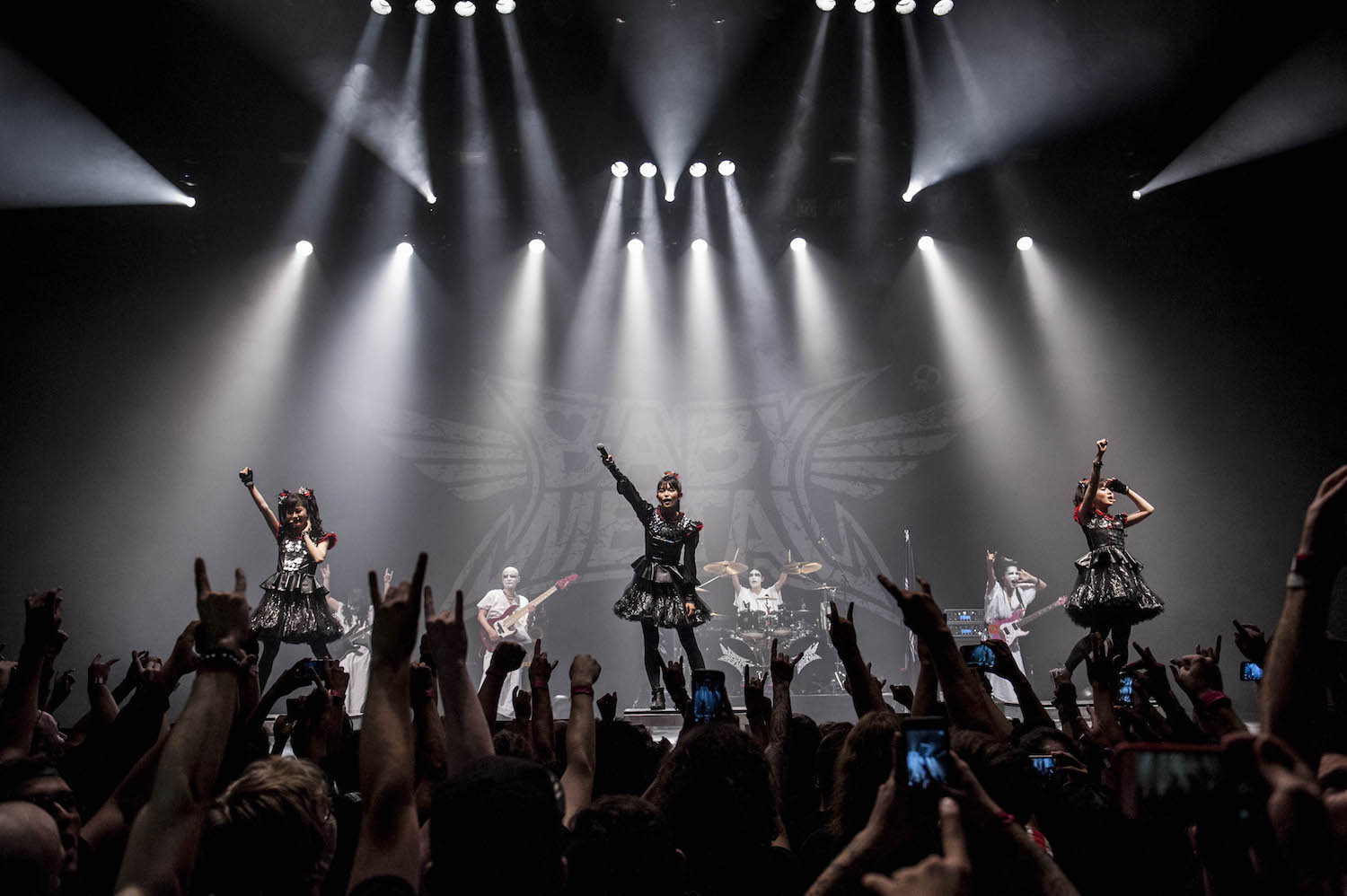 This sold-out show had patrons wandering out front pleading for tickets and while some of them got lucky, the rest were sadly turned away. Upon my arrival, I had a few minutes to kill roaming around the venue, since Babymetal was the only act of the night scheduled to go on at 9 PM and play till around 10:30 PM. During my adventure I saw a dude wearing a “show me your kitties” shirt and also two sets of Asian mom and daughters who sported the same Babymetal tee shirts. Then it was go time to show time, and while I had only watched YouTube videos of the band without feeling the hype previously, I really wasn’t sure what I would take from the live show. Two minutes into the dance moves and cuteness, go figure, I was hooked, not to mention the Kami band was also extremely entertaining with their catchy riffs and beats. As much as it is a part of metal culture, it is also Japanese culture for these girls to have their stage names that they go by with the lead girl called Su-metal while the other two pig-tailed cuties go by Yui-metal and Moa-metal. Most of the songs are sung in Japanese and despite the primary J-pop lyrics and vocals, they manage to have metal undertones working in their favor, and with the cutest ever uniform ‘mosh pit’ dance moves that they pull off, it is extremely difficult to have a bad time. They keep the backing tracks on a subtle level, and though there are laughable moments throughout, this band is also just as serious as it is silly. They have a power/speed metal vibe going on for sure, and just imagine what kind of skinny you could become making these girls’ metal-inspired energetic dance moves your new work out routine. The scariest part of the night was not when they came out in black cloaks and took the Wiltern to a metal galaxy far, far away, but it was when they disappeared pre-encore and the audience was chanting ‘Babymetal’ over and over in a soft unison whisper that was eerily cult-like. Then at the very end, in simple English, Su-metal says “you make me so happy”, “see you”, “see you soon”. 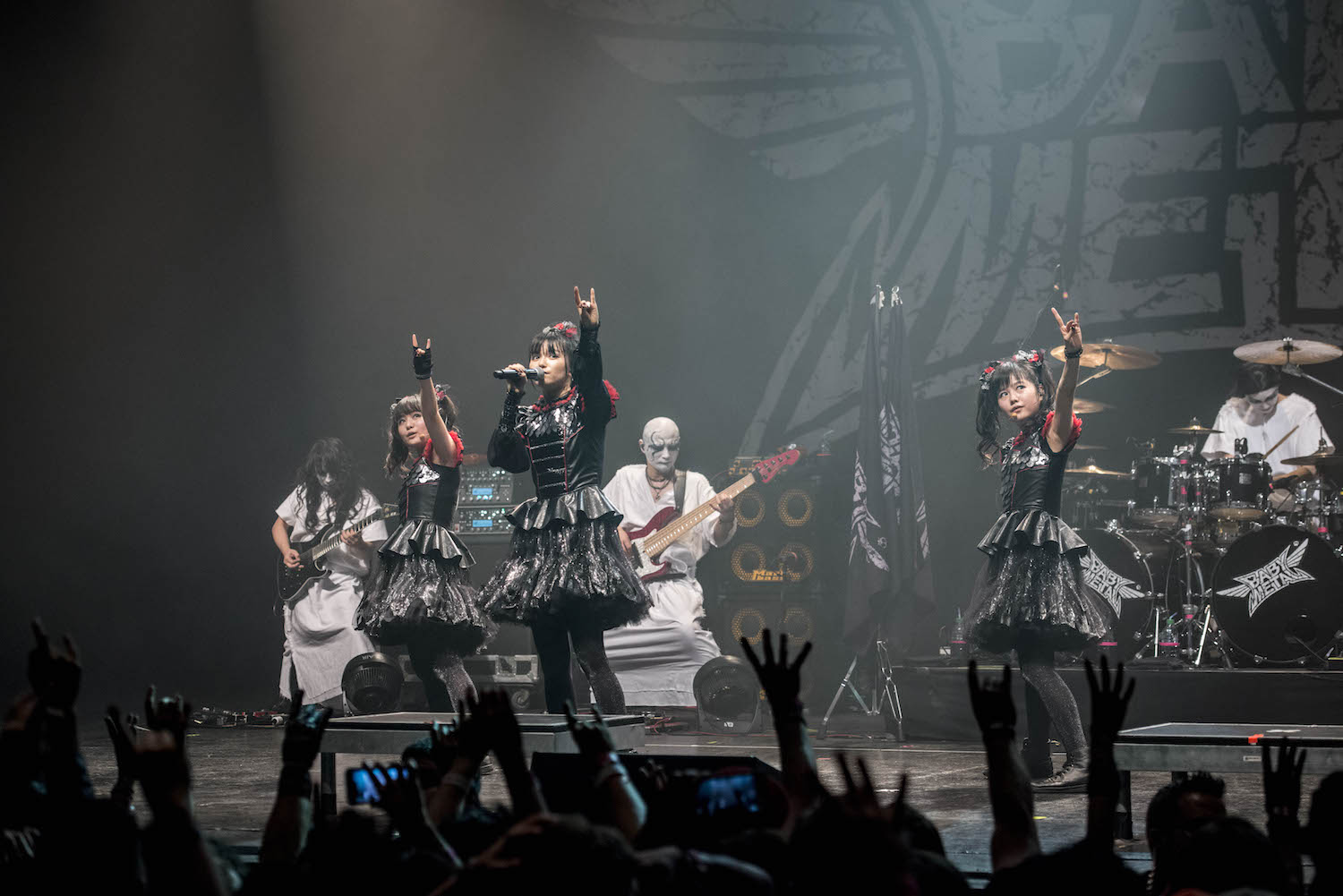 To sum up the experience that took them out of the silly realm and into one promising direction of the future of metal, was that the contrast of conformity with the dichotomy of the music versus vocals and dance moves created pure excitement. The other notable aspect worth mentioning is that there are times when just the main singer is on stage, then at other times just the back up girls are on stage, and then just the background band is on stage, and these switch-ups are choreographed in such a way that it makes the whole show tell one story. It has elements of Bunraku with the magic of three, and the stage story telling which makes it obvious that the concept was created thoughtfully and intelligently. I highly recommend seeing their live performance, as it is a game changer, although if you must YouTube in the meantime, check out the video where Rob Halford sings ‘Breaking The Law’ with Su-metal while the other two play red and black flying V guitars. The only tragedy with this band is the thought of what happens when the girls grow up too much, and if I had to make an educated guess, I’d bet they get replaced, unfortunately. Regardless, check them out on their current touring cycle in support of their April 2016 release ‘Metal Resistance’, if you dare to call heavy metal cute. 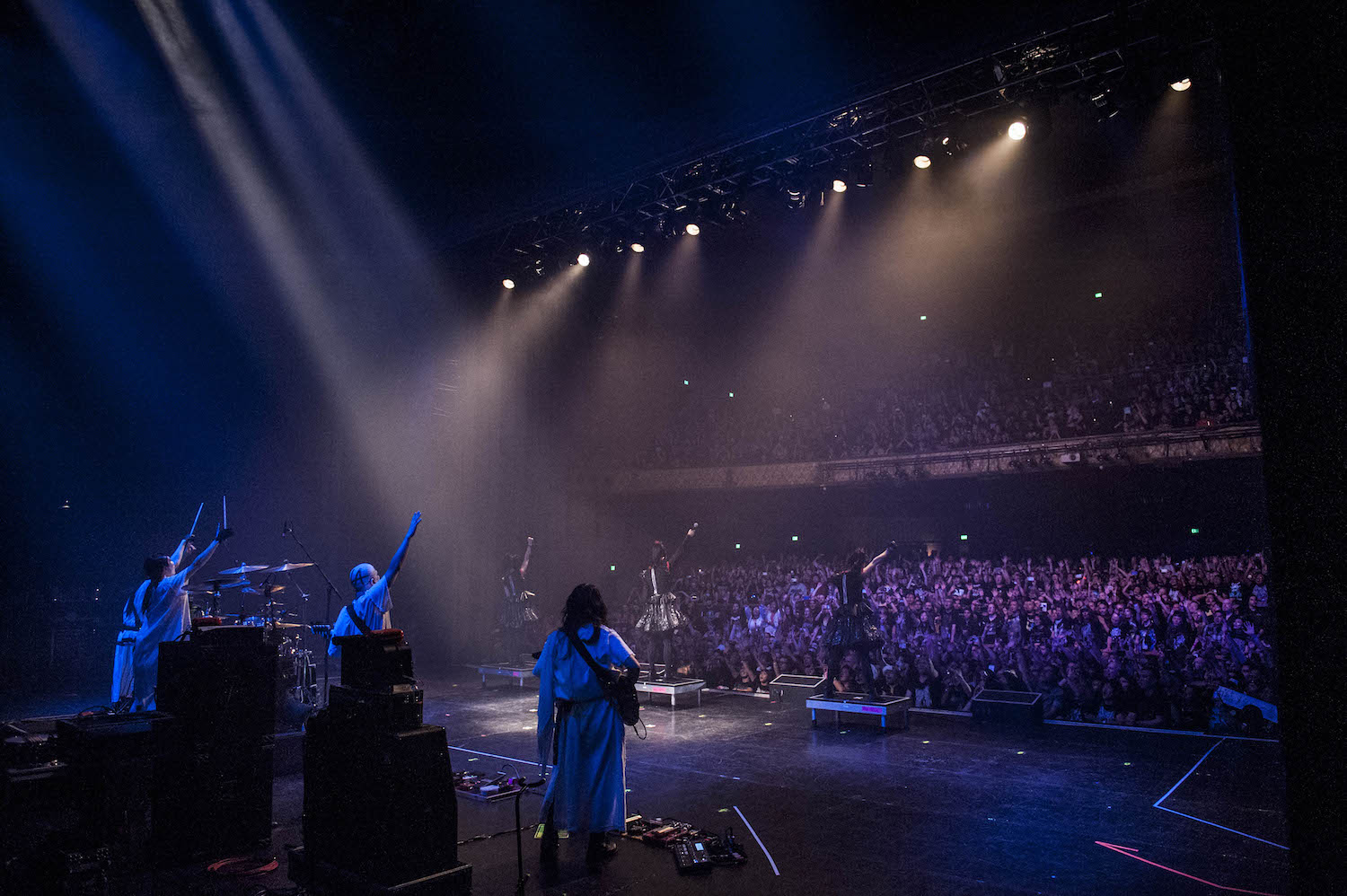