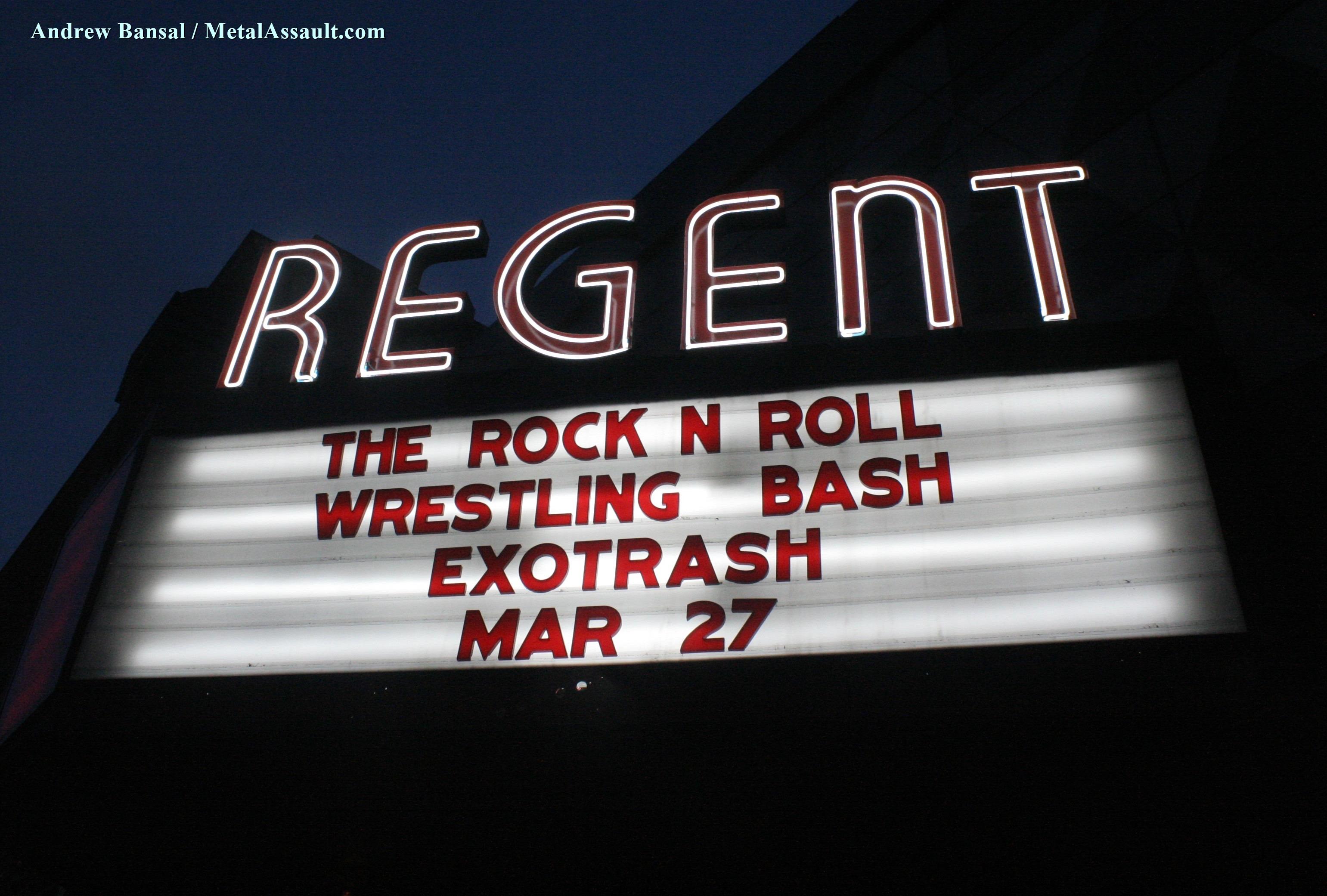 March 27th 2016, The Regent, Los Angeles CA: Bringing together rock ‘n roll and wrestling in a unique live performance based entertainment form, the Rock ‘N Roll Wrestling Bash “Exotrash” was created in 2003, and after several years of success in Europe, has finally made its way to the United States, following multiple attempts to do so. The inaugural U.S. edition of the event took place at the Regent in downtown Los Angeles last Sunday March 27th 2016. This was an unknown entity to locals, but many turned up to discover what it was all about, expecting an evening of non-stop entertainment.

Doors opened at 7 PM, and the scene inside the Regent was obviously very different from what a regular concertgoer would otherwise expect. There was a wrestling ring set up in the center of the general admission floor, adjoining the stage in such a way that performers would easily be able to step in and out between the ring and the stage. Upon entering the venue, attendees were made to sign an injury release form, basically signing their lives away in case any wrestlers were to fly out of the ring and into the crowd. At 8 PM, the musical opening act Rusty Eye began proceedings with an excellent set. This progressive metal trio has been around in the LA scene for a number of years, they have been participating as the musical act in Mexican underground wrestling events, and were the ideal choice as the openers for this show as well. They don’t play nearly as many shows as they once used to, which makes each of their shows even more worth attending. Ticket holders that arrived early enough to catch this band were not disappointed, as was evident from the general applause following the set.

Shortly after, the stage (and the ring) was set for all the action to begin. The group of musicians performing in the background while the wrestling takes place, and of course, also providing live intro music for the wrestlers’ entry, is called El Brujo’s Gore-Chestra, and the band’s Pacific Coast unit performing at this show comprised seasoned local musicians John Hatfield and Bill Hudson on guitar, Robert Madrigal on bass, Damien Rainaud on drums, and El Brujo himself on vocals. The format of Exotrash is simple. Wrestlers fight to the backdrop of live rock ‘n roll music. A good number of fast-paced fights punctuated this evening, and for this crowd it was a novel concept that they responded to very positively, from the looks of it. The musical highlight was certainly the appearance of Slayer/Exodus guitarist Gary Holt, who played two Exodus songs ‘A Lesson In Violence’ and ‘Metal Command’ with the Gore-Chestra. He did his part with effortless ease, and the musicians on stage seemed more than thrilled to get this opportunity to jam with him. 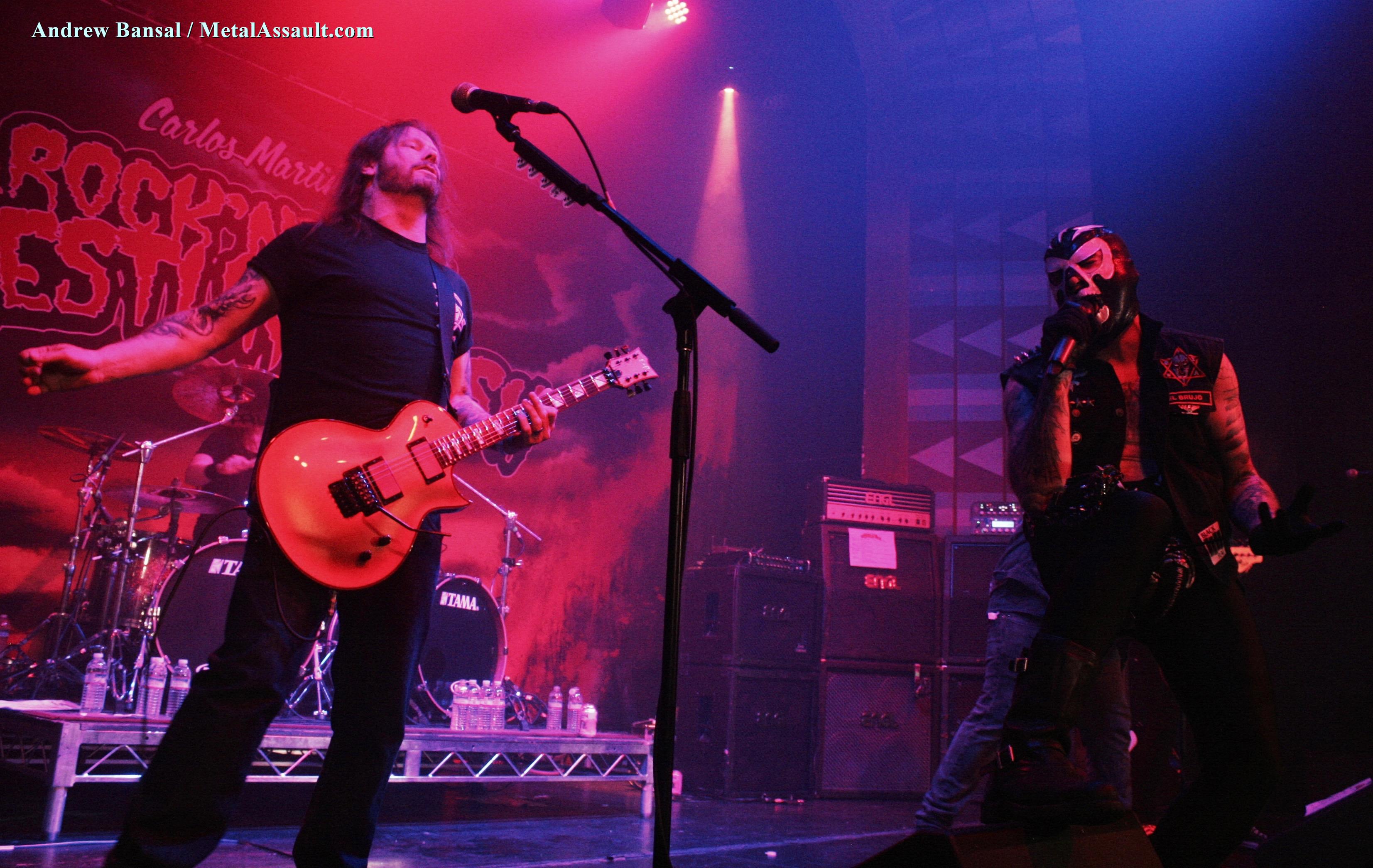 As for the wrestling itself, from the perspective of someone who’d never been to a live wrestling event prior to this one and perhaps expected too much, it definitely wasn’t anywhere near as violent as your typical Mexican underground wrestling, and came across more like a choreographed dance routine rather than serious contact sport. The wrestlers that appeared also carried an undeniable element of comedy in their appearances, which added further to the humor quotient. Besides, there were burlesque dancers moving all over the stage during the show, and one of them stepped into the ring to pour whiskey down people’s throats. As one poor unsuspecting girl found out, volunteering to be subjected to this isn’t the best idea, because there are good chances the whiskey would fill and burn your nose. 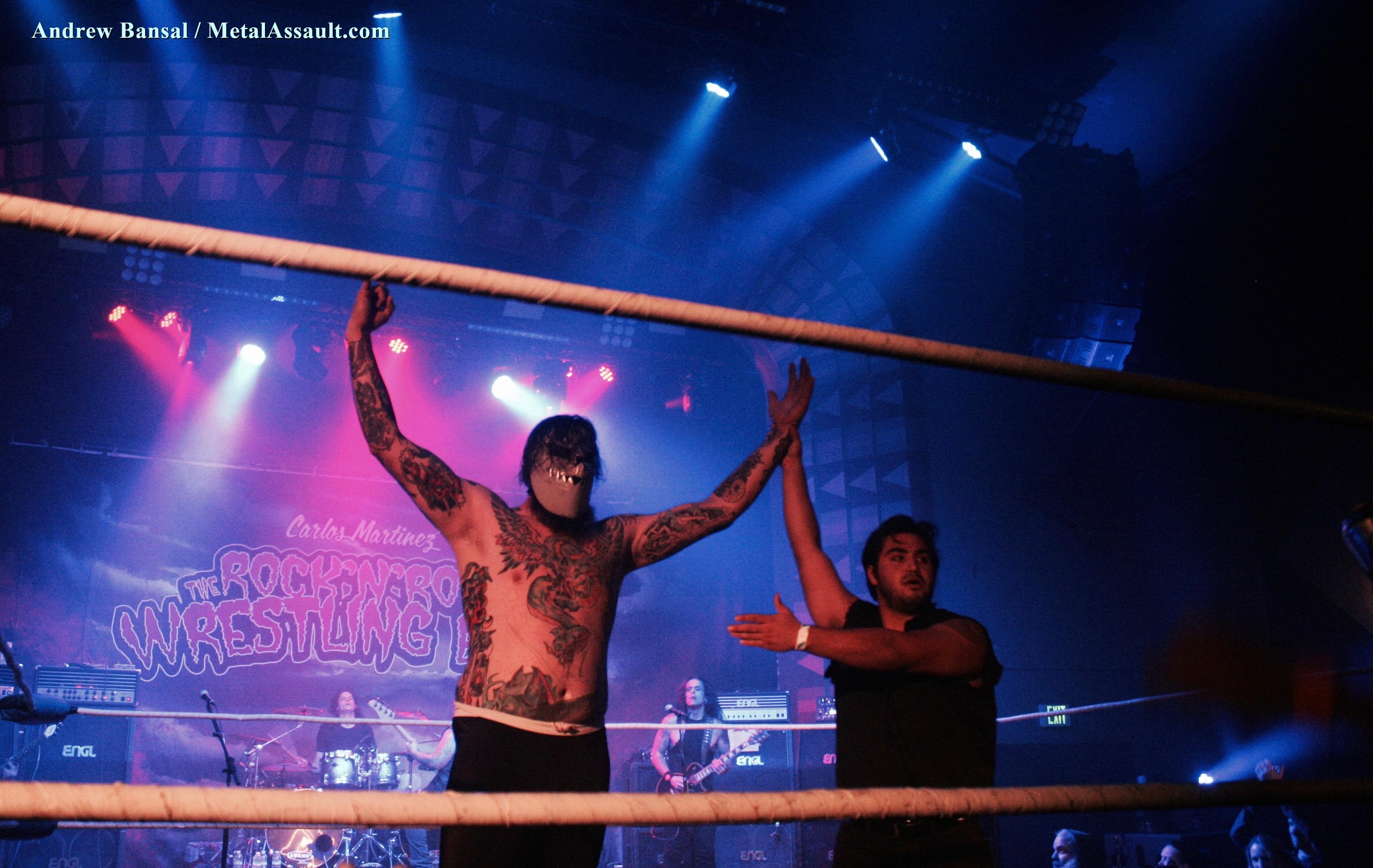 The show ended with all wrestlers getting in the ring, followed by the musicians doing the same while they played a cover of Iron Maiden’s ‘The Trooper’. The concept is undoubtedly great, and there is no shortage of entertainment for anyone that attends this kind of event. Based on how the evening unfolded, it has to be said that “Exotrash” would appeal more to rock ‘n roll fans rather than wrestling enthusiasts. The turnout wasn’t as good as it should have been, and not as much as the event truly deserved, but there is scope for more such editions in Los Angeles, and the fan-following would only increase every time. Anything blended with rock ‘n roll is worth a try, and the Rock ‘N Roll Wrestling Bash most certainly is.