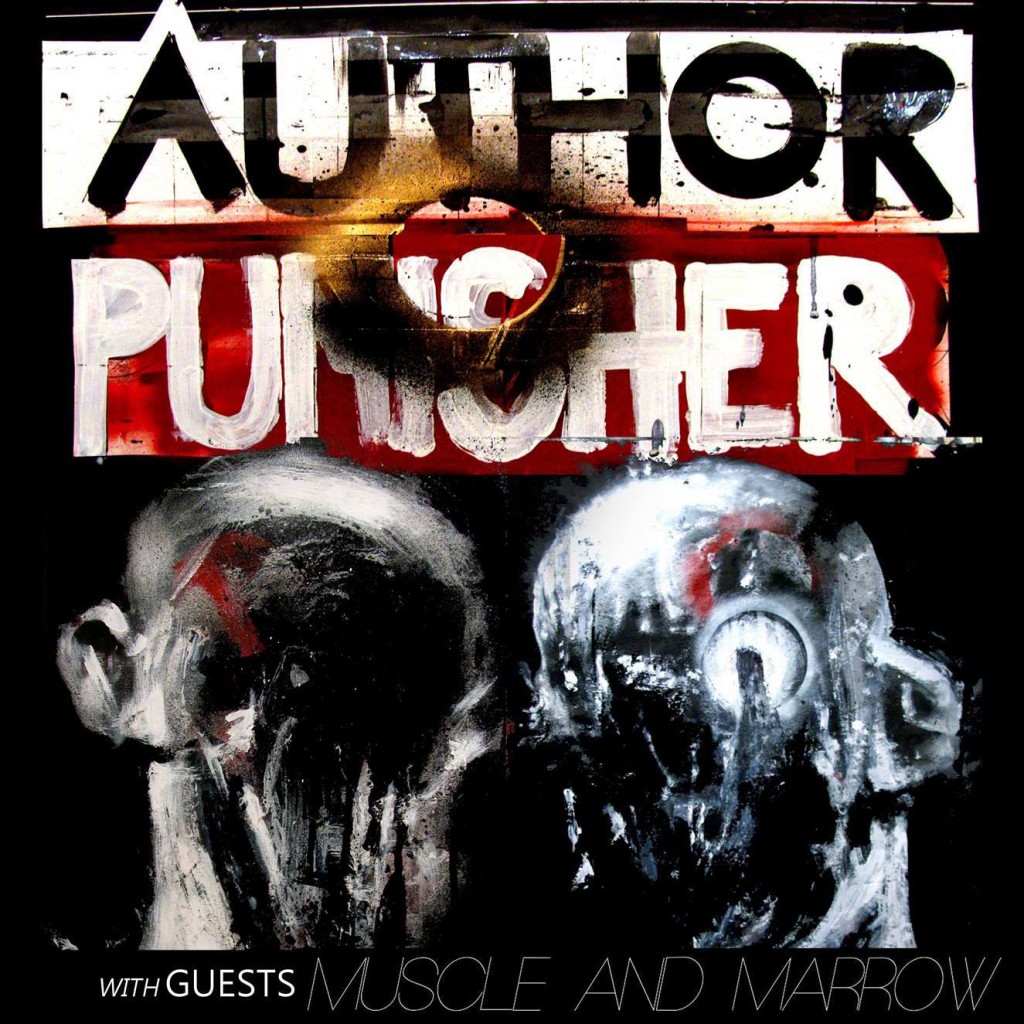 September 17th 2015, Complex, Glendale CA: Even though Complex in Glendale has become the home of underground music in the Los Angeles area and draws people to its confines at least twice a week nowdays, it is not often that it gets to host a lineup as experimental and innovative as that of the show that took place here last Thursday September 17 2015, featuring San Diego industrial doom one-man act Author & Punisher and Portland, Oregon atmospheric/drone/sludge duo Muscle And Marrow, presented by, you guessed it, Church Of The 8th Day. This was the first gig of a North American tour for these musicians, and with no local support acts, they drew an expectedly decent turnout and held the audience captive for the best part of two hours with musicianship possessing unparalleled hypnotic power.

With only two acts on the lineup, it was a relaxed, laid-back vibe as doors opened at 9:30 and the show began at 10:30, with Muscle And Marrow taking the stage for a 30-minute set. Comprising vocalist/guitarist Kira Clark and drummer Keith McGraw, Muscle And Marrow proceeded to put forth a dark, emotional, haunting, journey-esque performance, with Kira Clark’s vocals ranging from melancholic to fierce, and the music falling in place accordingly through Clark’s own instrument and the full-blooded heavy hitting by Keith McGraw on the drums, along with massively amplified samples that delivered the bass element, and occasionally, additional vocal parts. Visual projections in the backdrop added further to the mesmerizing quality of the set. The duo looked and sounded completely absorbed in their own music, and judging by the violent outburst at the very end, they were just about as overcome by the set as the audience was. Based on firsthand experience, there is no such thing as a bad band from Portland, Oregon, and not only do Muscle And Marrow live up to their hometown’s reputation but also continue to carve a niché for themselves as an undefinably unique duo.

Shortly after, the stage was set for Tristan Shone, better known as Author & Punisher, to present his self-created brand of industrial heavy music, through a system of drone machines that he built and arranged himself. He put out an incredibly compelling new record called ‘Melk En Honing’ earlier in 2015 via Housecore Records, and was here to present some of that material live. The machine setup looked quite different from the previous time Metal Assault saw him in concert, at the Echoplex on January 5th 2014 where he opened for Corrections House. This new system of machines resulting in a varied, enhanced version of the live Author & Punisher experience, focusing on a decidedly heavier sound that was percussion-driven and featured more of Shone’s vocal delivery. He also employed the usage of white flashing/strobe lights at strategic intervals of the set, with the stage kept completely dark at all other times. It was a hefty dosage of the experience, as he played a set that lasted over an hour. He cast a spell on every single attendee at Complex, and it was momentarily broken on a few occasions only by one or two members of the crowd that decided to make loud wooing noises even though it wasn’t that kind of a show.

While clearly not everybody’s cup of tea, Author & Punisher has found a fan-following in the metal community owing to the sheer dark, heavy, subversive undertones in his music, and finds himself at the forefront of the modern-day doom/industrial/experiemental realm. Author & Punisher is undeniably ground-breaking, and is, in every sense, reinventing the wheel.