August 15th 2015, Fathom Gallery, Los Angeles CA: Heavy metal icon and former Black Sabbath drummer Bill Ward has spent the past few years developing a ‘rhythm on canvas’ style of art collection titled ‘Absence Of Corners’. The creation of these pieces of art involve Ward setting up his drum kit in a completely dark room and playing colored drum sticks, his movements and the drumming color patterns captured through open shutter photography and rendered on canvas. The collection made its West Coast debut at Fathom Gallery in downtown Los Angeles last weekend, wherein Ward held three sessions to discuss the art in detail. Metal Assault was in attendance for session #2, at 5 PM on Saturday August 15.

In front of a small gathering of metalheads and art enthusiasts in a room decorated with all of the items in the collection, Ward appeared for an hour-long discussion, going into detail about the concept, story and meaning behind each item. His explanations seemed heartfelt, genuine, and easy to understand, and his stories on some of the art created during 2011-2012, which he described as a ‘dark period’ in his life, were undeniably hard-hitting. This gathering devoted its complete undivided attention to the words of Bill Ward, save for one or two intoxicated attendees sweating alcohol and yelling at random.

The most striking feature of this collection, specially from the perspective of those that were in attendance merely as fans of Bill Ward the musician, is that it’s a form of art centered around music, and the variety of colors and patterns seen in the collection is purely a result of Ward playing different styles of self-composed drum arrangements. It came across as truly novel and breathtaking to witness one form of art creating another and opening up a whole new world of its own.

The impact of the art itself and Bill Ward’s lectures was such that a few of the attendees made purchases straightaway. A majority of the items are priced at $300, and the most valued piece in the lot is currently priced at $1500. This collection needs to be displayed in art galleries and music festivals all over the world, as it appeals to art and music connoiseurs alike.

For those who did not get a chance to attend these sessions, the art will remain on display at Fathom through the end of this month. For more information, visit Bill Ward’s official drum art website. 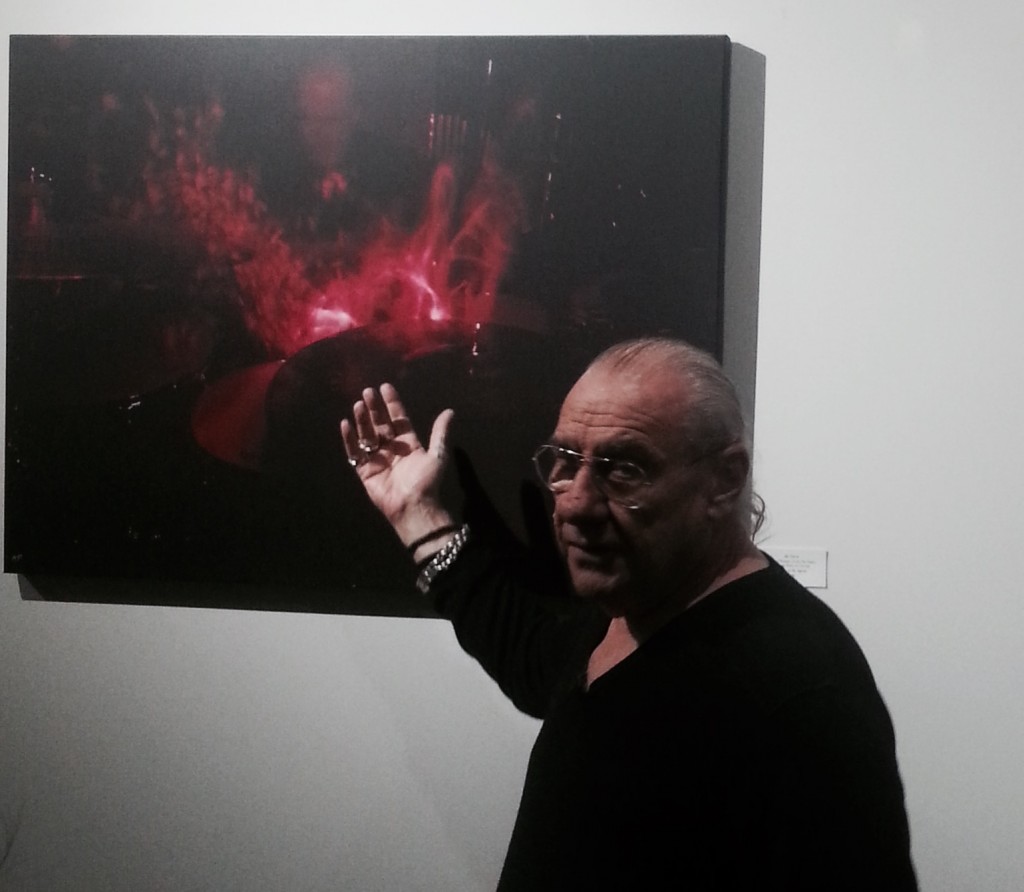