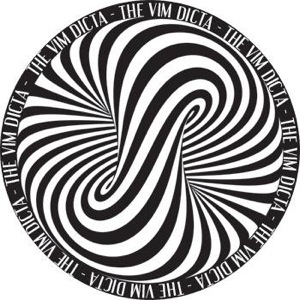 July 15th 2013, The Satellite, Los Angeles CA: Even for a person like me who attends shows and sees new bands on a nightly basis, the city of Los Angeles has always had the ability to spring a surprise, to unleash a gem of a talent hidden somewhere within it. Last night at the Satellite Bar in Silver Lake was one such occasion. The band I went to see is a Sliver Lake-based heavy psychedelic power trio called The Vim Dicta. To be honest, I knew very little about them but upon watching some of their YouTube clips yesterday morning I found their music interesting and worthwhile enough to go check out in the live setting. But there was still no sense of positive expectation, at all. So there I was at the Satellite, looking forward to discover what this band had in store for me.

They began their set sharply at 10 PM, played for roughly 45 to 50 minutes, and not only managed to hold the attention of the usually hard to please Hipsterville, but even got them moving to the groove and certainly won over a lot of new fans in the process. Their stage setup was simple, but the sound emanating from the combined efforts of the three members was beyond enormous. They didn’t come across as your run-of-the-mill random hipster band with spacey, unstructured tunes, but instead a solid rock group that nailed down a style of musicianship with a method to its madness. Cori Elliott and Matt Tunney on guitars and vocals presented some delightful guitar leads but also kept the low-end guitar parts strong, so much so that never for one moment did I feel the absence of a bassist. Drummer Chris Infusino was locking into a great rhythm and threw in some creative fills along the way. As for the vocals, they weren’t exactly female-centric as both Cori and Matt had a great deal of contribution towards that aspect, which made it all the more powerful.

I’ve always believed that if done right, a three-piece band can do magical things, and The Vim Dicta just about perfectly vindicated that belief of mine with their performance last night. Think Led Zeppelin’s ‘Dazed And Confused’ as the kind of groove that forms the core of a large portion of The Vim Dicta’s music, but not in a rip-off manner. You could tell that the band’s sound is influenced by some familiar and famous names in rock history, but besides the obvious early Zeppelin part, it’s hard to exactly pinpoint and compare their sound to anyone else’s, which kind of proves that they’ve managed to create something that’s truly their own. Not only that, it’s hard to even put into words the extent of the impact their set left on the audience, such was its power. A video from one of their past shows is embedded below, and should give you an idea of what I’ve talked about.

All in all, a truly fantastic performance by a stunningly talented group of musicians. This band is an absolute must-listen for all fans of heavy music.