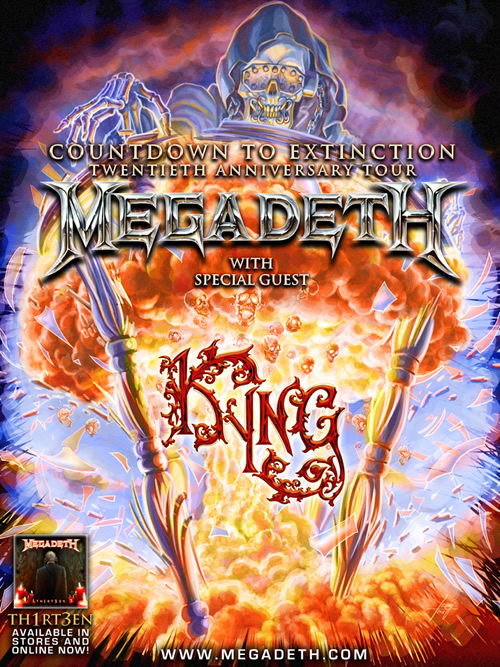 Megadeth have just announced the Countdown To Extinction 20th Anniversary US fall tour. The dates are as below. Ticket pre-sale for fanclub members is on September 12th, and tickets go on sale to the general public on September 14th.

In addition, Dave Mustaine has personally overseen a new 20th Anniversary Edition of the double Platinum-certified album, to be released November 6th by Capitol/EMI.