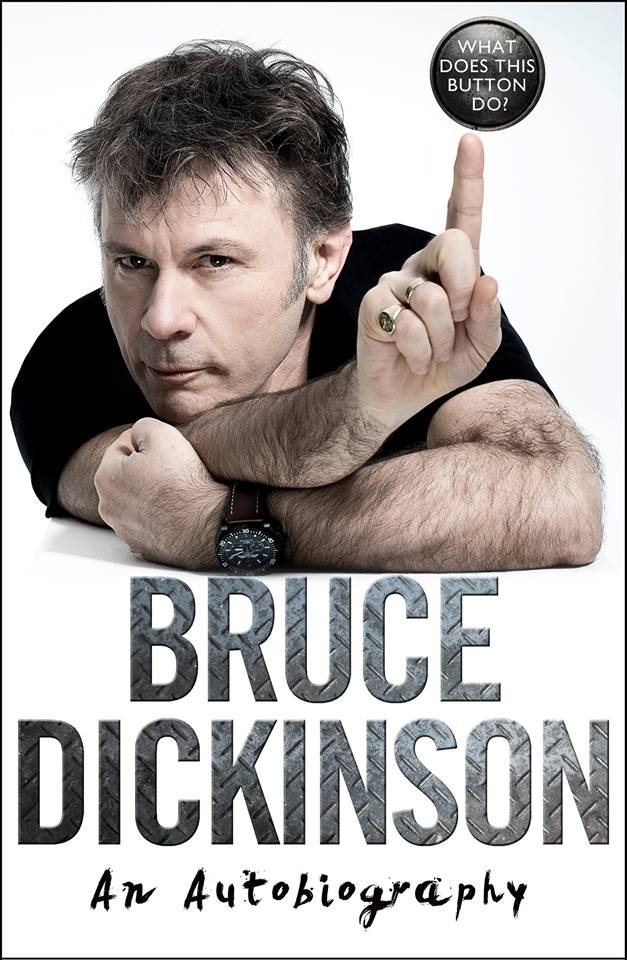 Big news, Iron Maiden fans! Bruce Dickinson will release his autobiography titled ‘What Does This Button Do?’ on October 19th!

According to a posting on the band’s official facebook page, “For the first time ever, Bruce shares his recollections of childhood and school days, joining Maiden, his solo career, aviation, his recent tongue cancer and much more. In typical Bruce style, this book was written exhaustively in longhand, filling seven A4 notebooks, which he has been working on meticulously whilst out on the road during The Book Of Souls World Tour! The book will be released internationally with local language versions being made available too.” Pre-orders are now available at this location.