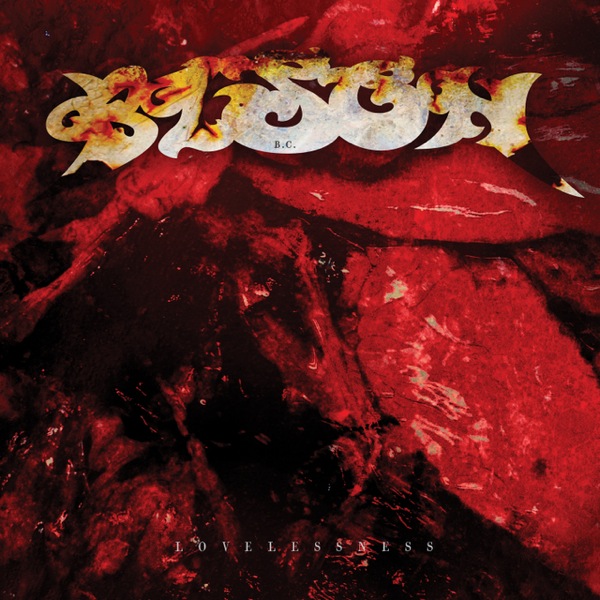 Vancouver metallers BISON B.C. have completed work on their new album Lovelessness.  The album, which is the band’s third release on Metal Blade Records, will be available on October 22nd.   Today BISON B.C. have revealed the album artwork, tracklisting and released the first single from Lovelessness.

The band worked with acclaimed producer Sanford Parker at Soma and Electrical Audio Studios in Chicago on Lovelessness. Parker is best known for his work with bands such as Yob, Pelican, Rwake, Yakuza, Nachtmystium, Zoroaster, Unearthly Trance, and more. Needless to say, Parker is more than qualified to put-to-tape the raw, furious energy that is BISON B.C.

BISON B.C. got their start in Vancouver, BC and describe themselves as “Canadian dirtbags” in addition to being veterans of Vancouver’s deep thrash and indie scenes.  Known for their aggressive and intense live shows, the band has built a strong following and has toured with bands including Baroness, Priestess and Genghis Tron to name a few.  With their new effort Lovelessness, BISON B.C. will surely cement themselves as one of Canada’s finest metal exports.

The first single from Lovelessness entitled “Anxiety Puke / Lovelessness” can be streamed below. Get a first listen and be sure to pre-order your copy of the album here.