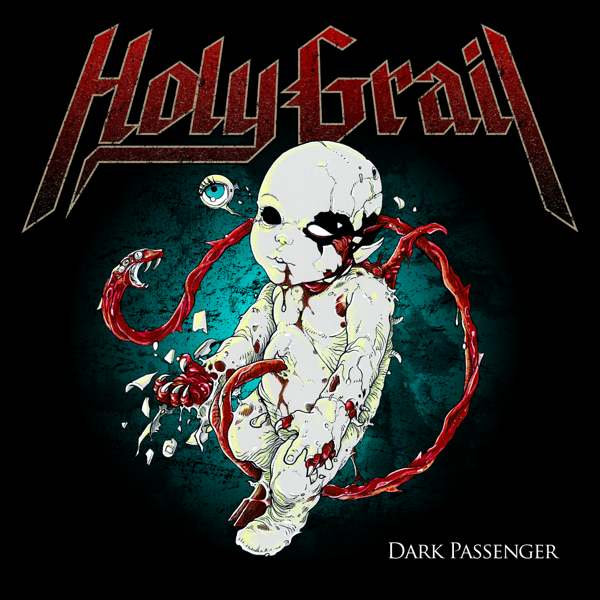 Los Angeles-based rockers HOLY GRAIL have unveiled the lyric video for their new single “Dark Passenger”. It can be viewed below:

The single will be available for purchase digitally tomorrow (Oct. 2). In addition, the song will be released in the coming weeks on 7″ vinyl; the pre-order is underway now at the Prosthetic webstore HERE.

“Dark Passenger” appears on the band’s new album “Ride the Void,” which was produced by Grammy award winner Matt Hyde (Slayer, Children of Bodom). An early 2013 release is expected. The artwork for the single, featured above, was designed by Sam Turner (3 Inches of Blood), who also did the art for the band’s 2011 holiday EP “Seasons Bleedings.” The 7″ edition also includes an unreleased B-side, “Go Down Swinging,” which will not appear on “Ride The Void.”

HOLY GRAIL recently celebrated the compeletion of the new album by opening for Sebastian Bach at the Club Nokia in Los Angeles. The band was seen earlier this year on national treks with Valient Thorr, Royal Thunder and Dragonforce, while they have previously toured with acts such as Amon Amarth, Blind Guardian and Exodus in addition to playing several of metal’s largest international festivals (Wacken, Download, Loud Park, Soundwave). HOLY GRAIL is set to return to the road later this month; stay tuned for more details.